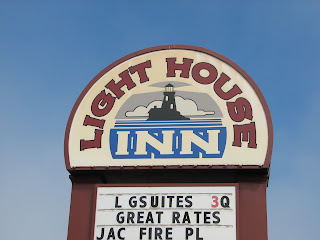 And so, like all things, it must come to an end. 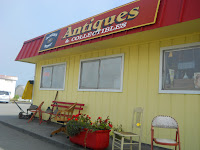 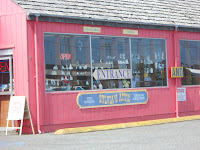 I hit up two shops while Jenny takes the kids to the park (same one as last night.) 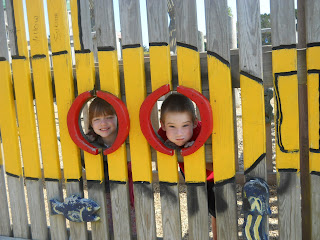 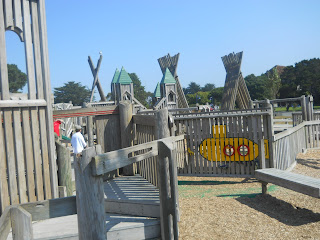 While they have their fun, I have my own, snatching up 16 old photographs, a Scrooge McDuck glass, 4 books, and a Webbigail toy.

Then it's off to Cave Junction, where we're meeting Chris (Jenny's husband) and their older children for lunch, before the six of them depart for another adventure. My mom has come along for the ride (and to accompany me on the journey back north.) 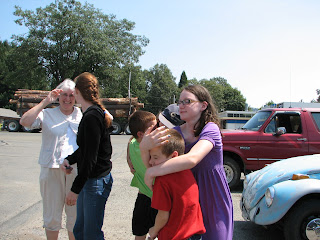 The two halves of the S. family haven't seen each other in over a week, and it is a happy reunion indeed.


Lunch at a cafe, where everyone talks a mile a minute, filling the various relations in on all the things that have happened in the past eight days (if that's even possible).

And then, we depart, parting ways.

It's been quite an adventure.

a well-earned rest, my friend! the blog was perfect: you captured the feel of the trip beautifully. So many artful pictures!