From Wikipedia, the free encyclopedia:
A mood ring is a ring which contains a thermochromic element, such as liquid crystal. The ring changes color in response to the body temperature of its wearer. The color is said, by some proponents, to indicate the emotional state of the wearer
How Mood Rings Work

How Long Do Mood Rings Last? 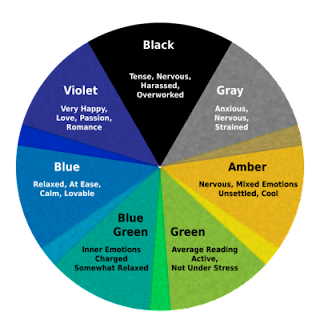 So it is entirely possible that I watched the My Girl movies roughly 100 times during my youth. And because Vada Sultenfuss -- owner of an oft-black mood ring -- was my own personal hero, I bought myself a mood ring as a teenager, and another one (of a different shape) a few years later. 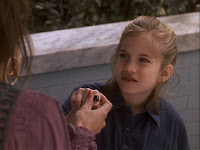 My mood rings tend to rapidly cycle through the colors whenever I wear them, which may say something (unflattering?) about my innerworkings. However, I've never seen one turn black. Hmm. I should wear one to my next dentist appointment. The ring would probably turn black, then. And freaking explode.

Mood rings were a short-lived fad of the mid-1970s (like the pet rock) and were especially popular with young girls. In a 1976 Peanuts comic strip, Peppermint Patty gets so angry at Charlie Brown that her mood ring explodes.

See? It can happen!