There are signs everywhere.

I must have believed that recurring line from the 1997 Matthew Perry movie Fools Rush In, because when it came time for me to transfer to a 4-year college, signs did seem to be everywhere, and they all seemed to be pointing toward one particular school.... 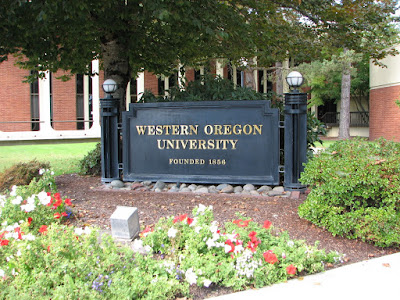 The year before, I'd rediscovered a childhood favorite, Back To The Future, and became rather obsessed. I watched the movie every day. I joined an online fan forum. I began renting Michael J. Fox movies galore. 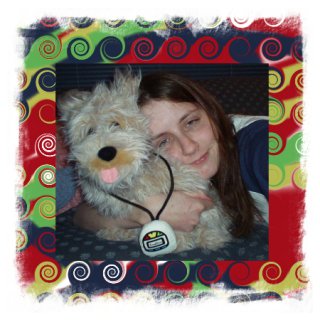 So when I toured one particular college the spring of 2001, and learned that:

1) They had a building with a clock tower... 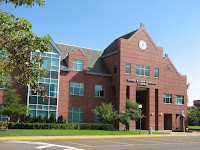 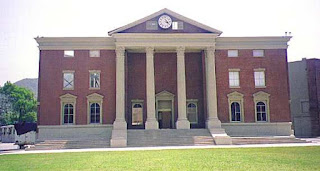 (WOU's library, left; the clock tower on the Universal Studios back lot, right)

2) On the hour, they'd play the Westminster Chimes, just like the clock tower in BTTF does... 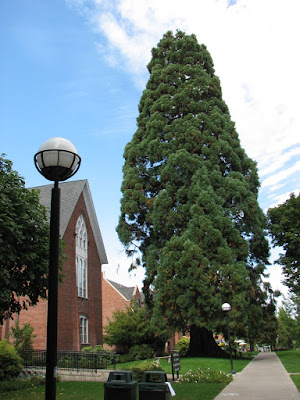 3) The campus's tallest tree's top was struck by lightning nearly 30 years before...

...well, all those things (and the dining hall, if we're being honest) convinced me that this was the school for me.

I applied, was accepted, picked my classes, bought a bunch of stuff for my dorm room... and the signs kept coming. A few weeks before my first term began, I got a letter telling me about New Student Week. One of the many activities of the week would be an outdoor showing of... Back To The Future. That was the only movie playing that week. My favorite movie. On campus.

September came, and I moved into my dorm room -- room 121 (1.21 gigawatts!). I met my roommates, unpacked, learned my way around, watched that showing of BTTF, and began to settle in for what was sure to be a rich and rewarding term at this school that I was definitely meant to be at.

But then the signs stopped. And things got awkward. One of my professors liked to go off on angry diatribes that would end only when he threw something heavy onto the floor and stomped out of the classroom. The classes I was taking, mostly 300- and 400-level courses, consisted of  English Majors who already knew each other, which complicated "making new friends." One of my roommates was an exchange student who spoke very little English and preferred to hang out with people from her country. My other roommate, who'd seemed nice at first, took a dark turn about three weeks in and didn't speak to me for the rest of the term, not until the day she told me she was moving out. (Amen for that, though.)

The food was great, the classes were nice, my other professors were pretty cool... but overall, I was miserable.

And what had happened to the signs?

The Westminster Chimes still bonged at the hour, often annoyingly so. I soon learned that, because the original bell tower had been damaged by Oregon's infamous Columbus Day Storm, there weren't any actual bells there anymore. Nay, the chimes and the songs that played for 15 minutes three times daily were all pre-recorded, being blasted campus-wide for everyone's "enjoyment." 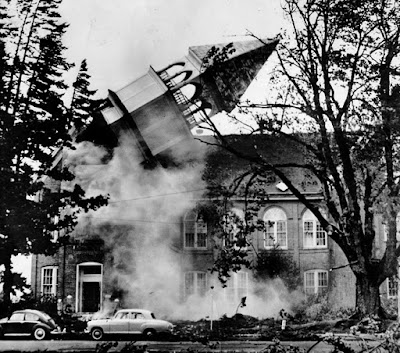 The clock on the library still reminded me a bit of the Hill Valley Courthouse, but it was still a library. Books, magazines, whatever.

No more showings of my favorite film. No more mention of it. My dorm room's number, 121, was not a place of electricity but a place of passive-aggressive dreariness.

Mere months before, everything had seemed so right -- and now it had all apparently gone horribly wrong. Some nights, alone in my dorm room, I would just cry. I went home every other weekend. I thought about quitting. Maybe I thought I should at least try to stick it out for a year. Growing up, my parents were reluctant to let me quit anything, encouraging me to keep going with things (until they became 100% unbearable?) That's partly why I did piano lessons for 7 years, band for 4 years, and have stuck with jobs that have made me want to strangle myself with my lanyard. I don't/can't quit easily. That's how I was raised... or maybe that's just how I am.

In January of 2002, I returned to college for a second term. The angry professor had been fired under rumor-filled circumstances. Silent Treatment Roommate had indeed moved out (I hope she found a roomie who shared her love of chain smoking), and Exchange Student Roommate had moved in with friends. I was the only leftover of room 121.

In came two new roommates: C, also an Exchange Student, who was almost never around, and K, who turned out to be pretty cool. K had a car, and we'd make weekly trips to the next town over to peruse the Walmart. We'd walk into town and visit the park, the Chinese Food restaurant, or the mom & pop video store. In short, I now had a friend. It wouldn't be a lifelong friendship, but for the next year and a half, K made life at college bearable.

The library with the clock tower turned out to be more than just books and magazines. I discovered a semi-hidden section chock full of YA and kids's books. I learned how to use the microfiche machine to find old newspaper articles. I spent hours sitting on comfy chairs, reading and studying in peace and quiet.

I ended up staying in the dorms for the following year, keeping K as a roommate. I made a few friends in my classes. I learned many things. One of my favorite subjects turned out to be Theater Of The Absurd. Who knew? And then I finished my degree, had my diploma mailed, and settled back into life in Portland.

I'm not sorry I went to WOU. In fact, sometimes I start to think it might even be nice to go back.

But it still seems funny to me that there were all those "signs" when I applied, even up until the week I started classes, and then they all just stopped. Had I lost the ability see them? Were there just no more to be found? Was I completely delusional, thinking there had actually been signs in the first place? Who knows. But whatever they were (or weren't), they got me there, and I stayed, and I got an education, and I guess that's what really matters in the end. 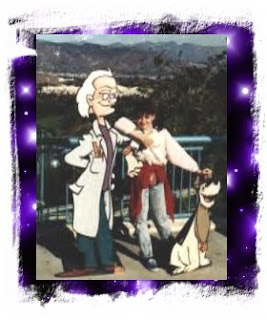