Inevitable, but annoying: Technology Marches On!

"So little Timmy is watching a show from a mere 15 years ago. In one episode, the characters are all excited because of a new computer game that will be released very soon. A computer game — on CD-ROM!

And Timmy says, "'CD-ROMs?" and, depending on his age, may respond with either "How obsolete", "What's a CD-ROM?" or "CDs, DVDs, Blu-Ray, what's the difference anyway? I just call them discs!"

You see, Technology has Marched On, and things like CD-ROMs and VHS cassette tapes and so on have relatively recently become either so little-used as to be obscure, or obsolete altogether. The important qualifications of this trope are as follows:

Yes, technology gave me a bit of a headache when I was writing Just South of Normal. 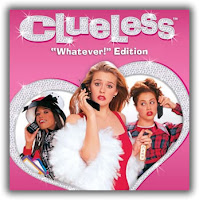 When I began the book in 2002, plenty of people had cell phones, but those people were mostly adults who could afford them. I had no reason to give Ivony and her sisters cells, because they were mere teenagers, after all! Cher and Dionne from Clueless could have them, but suburban-dwelling, lower-middle-class kids? PLEASE.

But by 2008, as I was getting close to publishing, it would've been sort of strange for a teenager (or, heck, a third grader) NOT to have a cell phone in America. And since I didn't want to go back and rewrite/readjust all the scenes where Ivony's using a regular phone, I had to come up with a reason for her not to have one. Thankfully, I'd already painted Ivony's mom as a bit of a frugal lady, so all I needed to do was tweak a few scenes. Originally, the dinner table scene where Karis gripes about not having a cell phone was about Karis wanting to get her ears pierced a few extra times. So I just changed Karis's gripe. This also worked nicely toward the end of the novel, when Karis decides to try to start earning some money -- because she wants a cell phone!

Another techno-thing that got to me when writing the book was computers. In 2002, if you wanted to send someone some photos from your (1 megapixel!) digital camera, you'd likely attach them to an email, and probably not very many at once. By the end of the decade, you'd just link your friend to Photobucket or put up a photo album on Facebook. But did I dare mention any of those things in the novel? Nooo! Because five years from now, Facebook could be totally passe. (Think: MySpace, Livejournal, etc... yes, people still use them, but their popularity has totally plummeted.) So what could I do? I opted to be as vague as possible, saying that Davin "sent" Ivony some pictures on the computer. How? Who knows? I think email is mentioned a few other times, but, well... email isn't obsolete yet, just not as popular as other methods. I'm sure glad I didn't mention AIM! That would've been highly embarrassing. 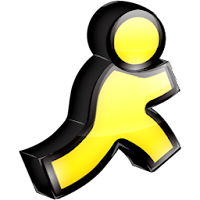 Ah... good old AIM. The sounds of the door opening when a friend got online; slamming when they left. People getting irritated with you if you neglected to say "BRB" or "AFK" when stepping away from the computer for a few minutes.