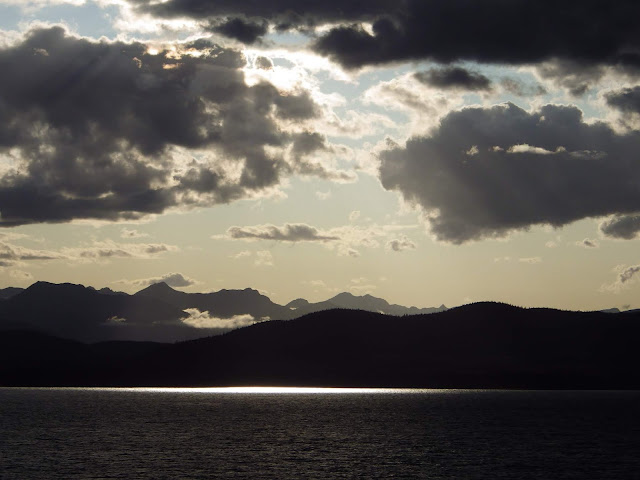 So I decided to go to Alaska again this summer. Why? Because Alaska is amazing.

Throughout the summer I watched prices on various cruise websites (focusing mostly on Princess, Royal Caribbean, Holland America, Norwegian, and Celebrity), and finally booked a cruise for August 14-21 on the Golden Princess. The price was right and so were the dates. The best part was, the itinerary included both Glacier Bay and Hubbard Glacier -- two sights I was longing to see.

Last time I cruised to Alaska, it was a round-trip from Vancouver. This cruise would be one-way from Whittier (near Anchorage) southbound to Vancouver. Of course, that meant flying to Anchorage and staying overnight there, then transferring from Anchorage to Whittier. Even with those added expenses, the trip still cost less than a lot of the round-trip Alaskan itineraries on the market.

After selecting my cruise, I spent the next few weeks booking my flights, planning things to do in Anchorage, booking a hotel, choosing shore excursions for our ports (Skagway, Juneau, and Ketchikan), and making plans for my half-day in Vancouver at the end of it all.

My alarm sounded at 4:30am, and I was at the airport by 5:05. The flight, which left at 7, was nearly four hours long, but thankfully I slept a little, so it didn't seem endless. 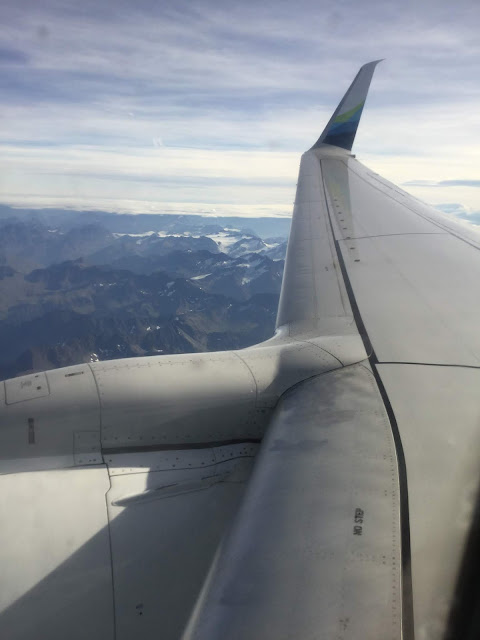 After landing, I got some food at the airport Starbucks, then chilled for a bit. I adjusted the time on my devices -- back one hour for Alaskan time.

I caught the #40 bus from the airport to downtown Anchorage. For some reason, I thought the bus was supposed to go a bit farther than it actually did, but alas... once I got off, it was a bit of a walk to my first destination of the day: The Anchorage Museum. 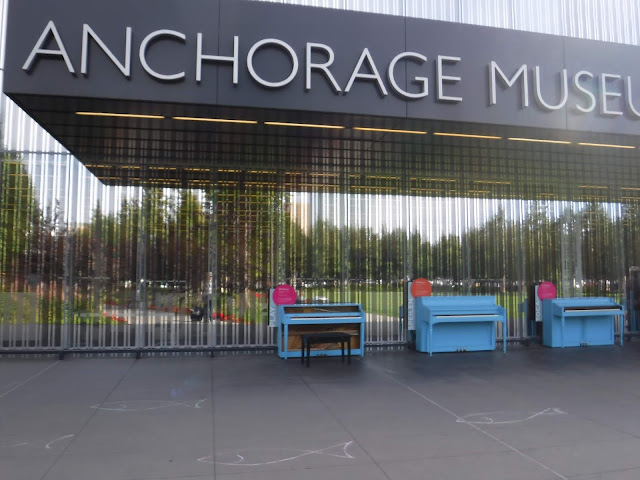 Why the museum? Because I needed something to do until I could check into my motel, and I'd read online that the museum had giant lockers for luggage storage. And I generally like museums. 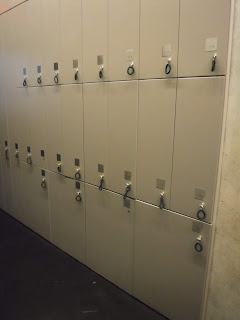 My luggage (a suitcase and a backpack) both fit in one of the largest lockers (and it only cost twenty-five cents!) I bought my museum ticket ($19 -- $1 discount for AAA members.) Soon I was enjoying the museum. It's an interesting place, with one floor devoted to kids' stuff/science/exploration, another floor for Alaskan History & Culture, and yet another section for Alaska-themed art. 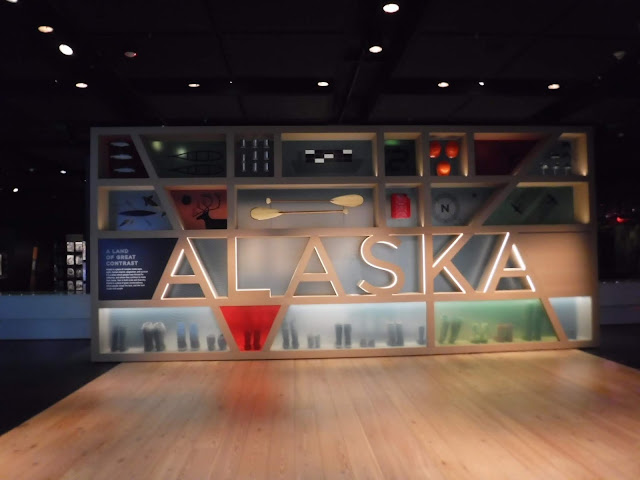 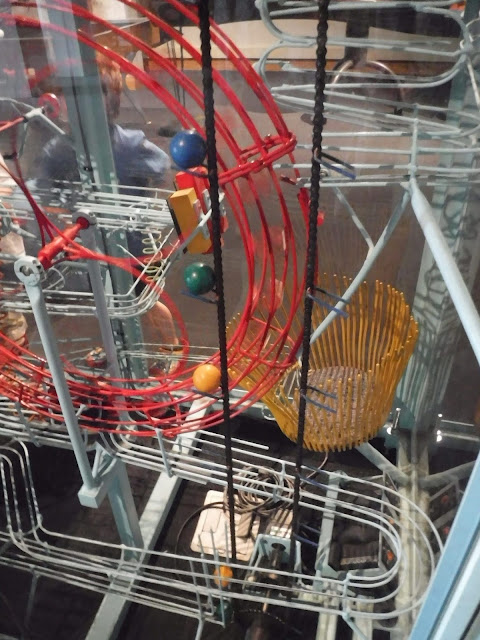 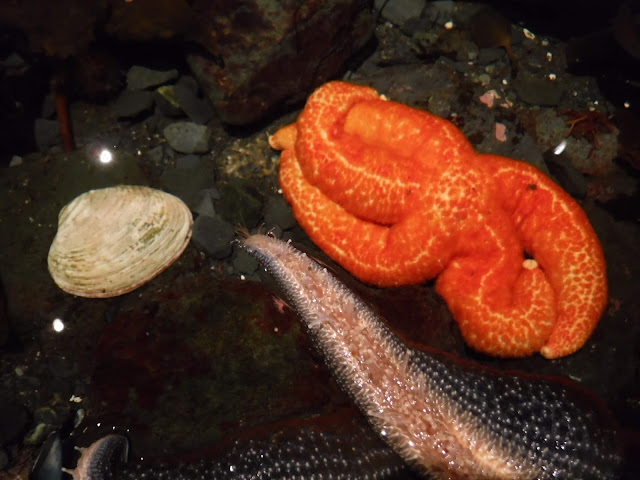 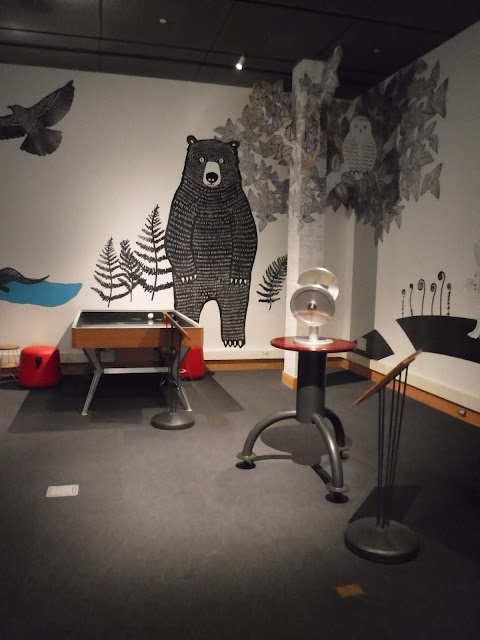 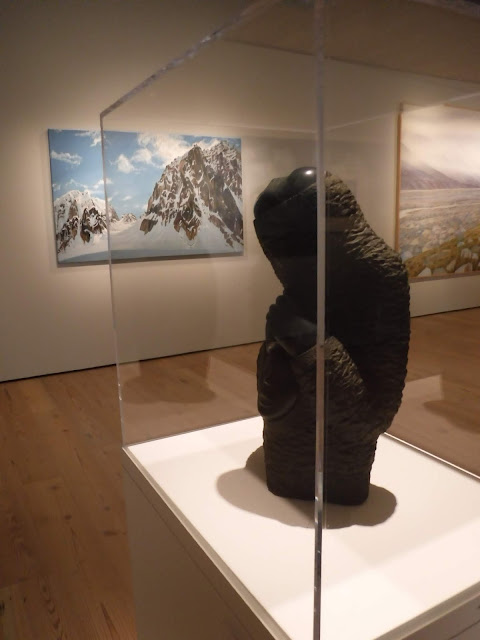 After a few hours (in which I saw pretty much everything), I left and made my way toward my lodgings. I'd selected the Ingra House Hotel for my one-night stay in town. Anchorage hotel prices were all insane when I tried to book. There were basically three choices: bunk-bed hostel ($30), regular hotel ($200-250), or posh hotel (totally out of my league.) Then there was the Ingra House Hotel. Shared bathrooms, ugh, but at least I'd get my own room. $75-ish. There was even a cat on site. (No photos of the cat, sorry.)

The walk to the hotel was a bit more than I bargained for... a mile's walk is one thing, but when you're toting luggage, it's not so fun. By the time I reached the place, I was pretty tired. I rested for a while, then left to on my next adventure of the day (in retrospect, this might have been a bit much), the Alaska Zoo.

No buses in Anchorage run directly to the zoo, or even reasonably close, but there is a free shuttle that runs from downtown, once an hour. I just barely made the 3:40 bus. The ride to the zoo took about 20 minutes. 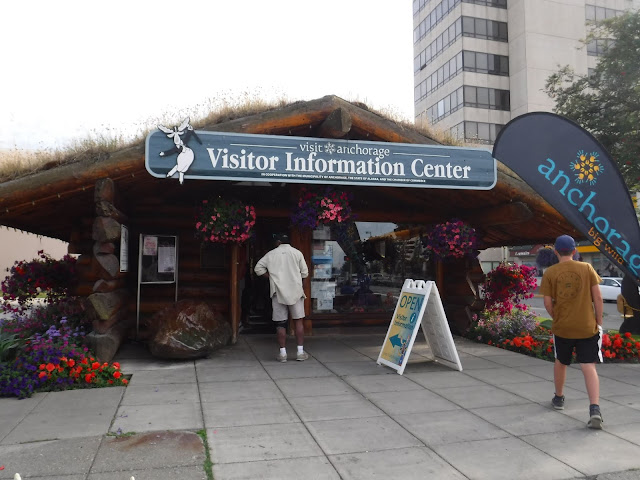 The Visitor Information Center, where you can catch the zoo shuttle.

I knew the zoo would be small, but I didn't anticipate that it'd also be kind of rustic. Nearly all the paths were gravel or wood planks. There were some empty cages/exhibits that looked like they'd been abandoned. And the zoo map they gave out seemed to have been drawn by someone who'd never actually been there.

I did enjoy the animals, though... once I found them. I saw a polar bear, black and brown bears, foxes, camels, owls, eagles, a yak, a coyote, a snow leopard, and more. 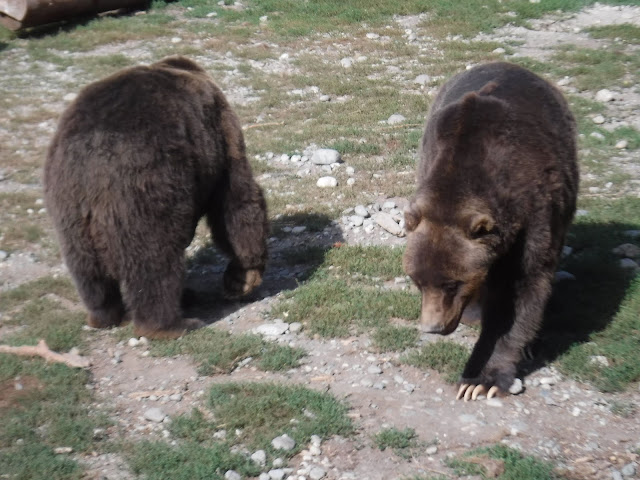 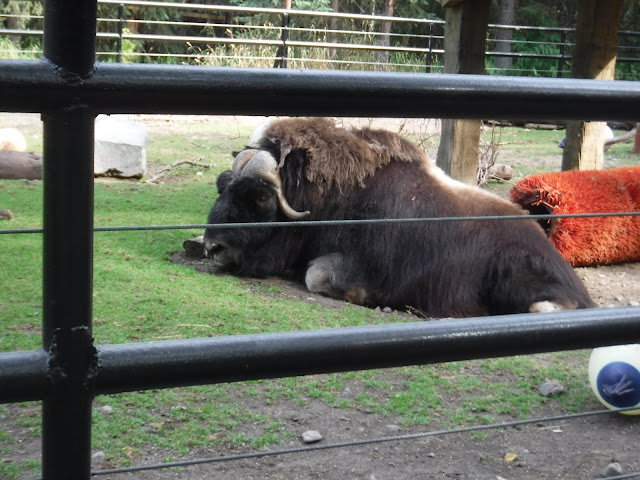 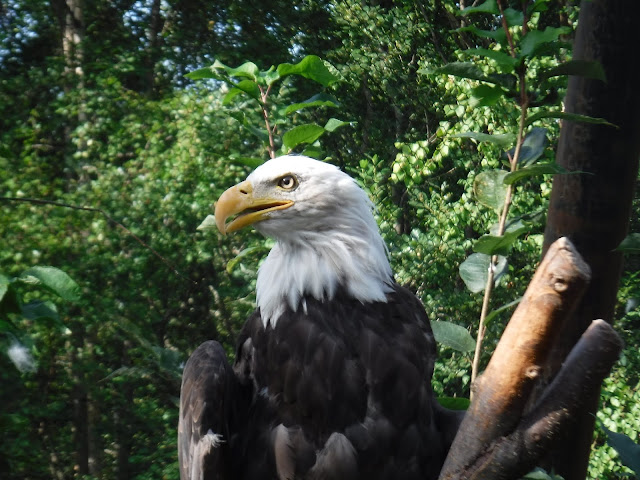 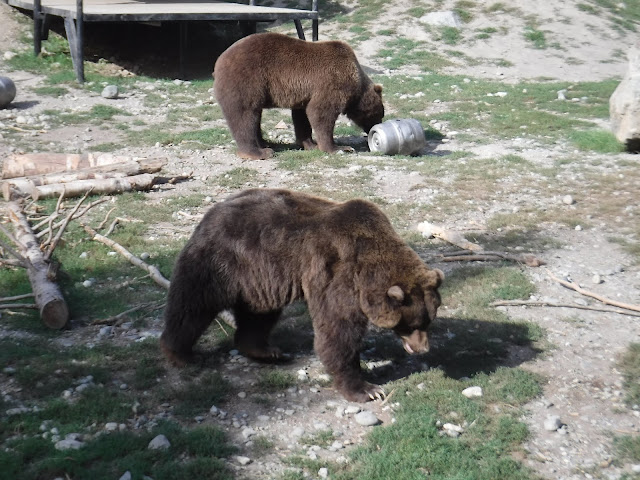 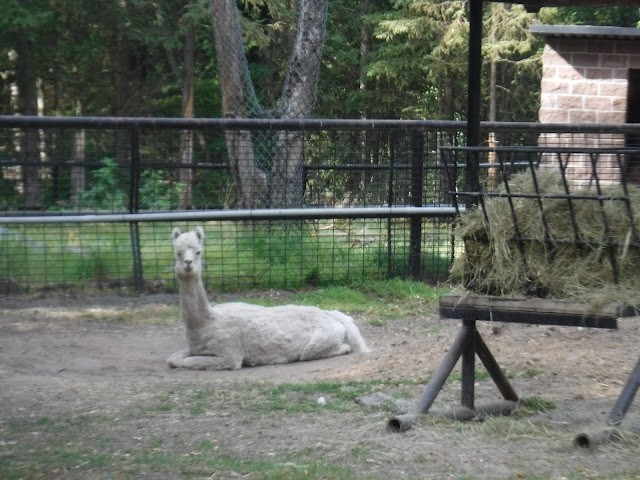 Of course, with all the walking I'd been doing that day, my feet were feeling pretty sore. I hobbled around the zoo for about 2 hours (I think I saw most of the animals 2-3 times), then caught the shuttle back downtown. On the walk back to my hotel, I stopped at a mini mart for a few provisions.

Back at the hotel, I braved the shared bathroom (the ceiling was leaking and the floor was wet, but at least it was private.) 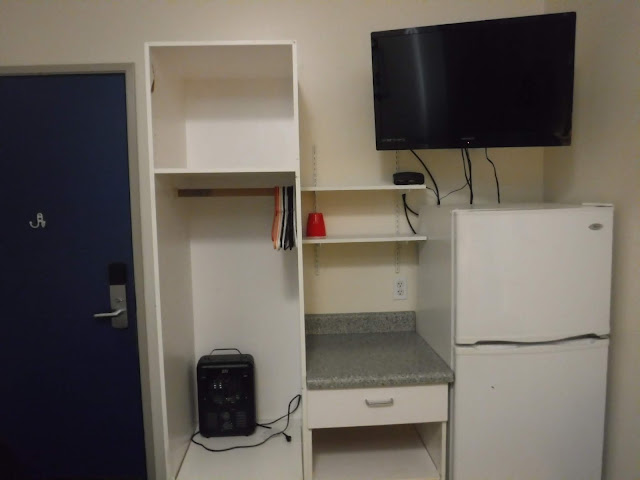 My bedroom was stuffy and warm, but if I opened the window, there was loud traffic outside. Thank goodness for my little portable fan. I almost never travel without it anymore. The bed wasn't particularly comfortable, either. But I just kept reminding myself that in mere hours, I'd be on the Golden Princess...