There's A Trope For That - Week of November 4th

This Week's Trope: Race Against The Clock 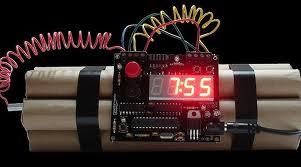 "In many cases, for whatever reason... the villain's plot is time sensitive: It will succeed at a given moment and not one second sooner. The hero has until that moment to stop the villain.

Naturally, things will go down to the wire and the hero will foil the evil scheme at the last possible second. It's especially powerful when combined with Real Time... even if it takes a Magic Countdown to line things up properly. This is a frequently used but still effective method of adding more tension to the story.

One variant is that a specific time isn't the point of success; the villain must instead be stopped before he collects all the Plot Coupons or kills all of his intended victims. In this case, the hero will stop the last, and only the last, step in the evil plan. This sucks in the case of victims, since all but the last victim are still dead, but hey, at least the villain didn't win...

In other cases, time itself is the foe with the help of some random coincidences that impede the hero's progress. Interestingly, the audience will probably buy these coincidences since they come off, if done well, as an application of Finagle's Law. Usually, such a sequence will serve as a dramatic finale.

A rather specific subtrope is You Have 48 Hours."

Not that I mind this trope, but one series that cleverly avoids it at least in one instance is -- you guessed it (because I'm always talking about it, duh) -- Harry Potter!

In the seventh book, Harry and his amigos are trying to find all the Horcruxes, but there really isn't a set time limit for their quest. Sure, they know they need to find the Horcruxes as fast as they humanly (wizardly?) can, because Voldemort's out there killing a bunch of innocents and life basically sucks, but there's never a "we must find them by May 1st at 3pm OR ELSE" kind of thing. So they end up taking many months to do it, and it's only toward (what happens to be) the end of their quest that things start to get real.

The pacing is funny in that book. And yet it works. Without a ticking clock.

Okay, sure, Voldemort does try to pull that on the people in the castle towards the end. The whole, "Send Harry Potter out in an hour or I WILL SRSLY GET PISSED AND START KILLING" speech. But even then, Harry seems to just ignore it and take his own sweet time getting out to the forest, and Voldemort's just like, "Where is he? Why didn't he come? Oh there he is. Okay, good. Time to die!" 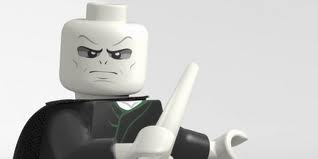 And yet throughout, there's tension.

In conclusion: Not a bad trope, but there are ways to avoid it (writers) if you feel like being clever.
Posted by molly at 10:12 PM