I used to hate broccoli. 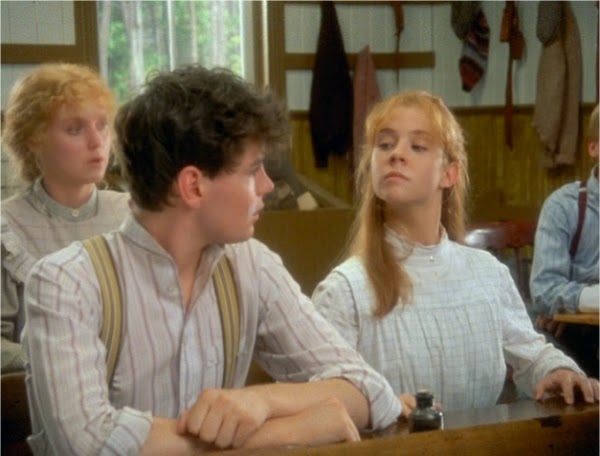 I also used to have an aversion toward the 1985 Anne Of Green Gables movie. I was six or seven years old when I first saw it, and, I'll be honest, it frightened me. It had a lot of scary parts. Anne falling off the roof... Anne falling down an old well... Anne getting in trouble over and over and over. I used to hate it when kids in movies got in trouble. Trouble was worse than monsters or volcanoes or sharks or even whirlpools. 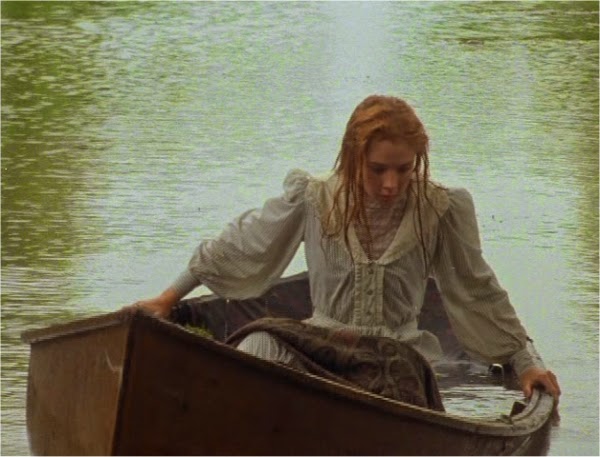 But after I graduated high school, I began to take a second look at Anne. My mom checked out the audio book of Anne Of Avonlea from the library, my family listened to it on a cross-country road trip... and I found myself laughing. Back at home, I dug out our old VHS tapes of the movies (complete with breaks for the dreaded PBS pledge drives) and began to immerse myself in the two films (the third one was still a year away and... well, that's a whole 'nother topic.) 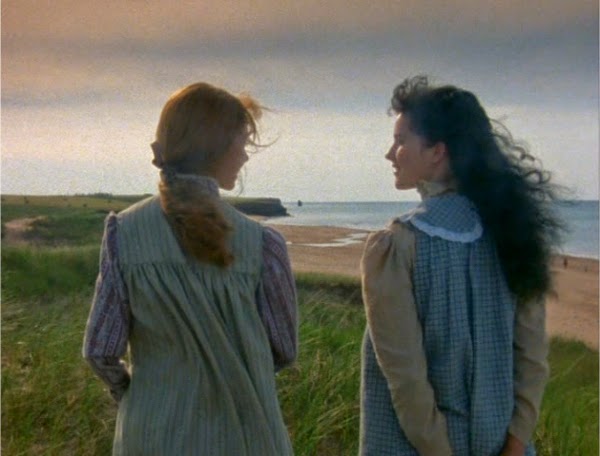 As an adult, I looked at Anne much differently than I had as a kid. My seven-year-old self had seen Anne getting into terrible, scary situations. My twentysomething self saw Anne getting into awkward, hilarious predicaments. The plots didn't change... but my perspective did.

I've had several friends over the years who've been Anne fans alongside me, but Jenn is probably the one with whom I've had the most Anne-related conversations. I remember going to her place a few years ago and watching Anne Of Green Gables: The Sequel... and fast-forwarding through all the Kingsport parts and only watching "the Gilbert Scenes." Anne Of Green Gables: The Gilbert Blythe Edition. This method cuts an hour and a half off the movie, but it is oh, so delightful.

Jenn and I are not alone in our love of Gilbert. He has admirers all over the world. Heck, there's even a song about his awesomeness. And although several actors have portrayed him over the years (for instance this guy, this guy, and also this guy), the only one we truly cared about was this guy. 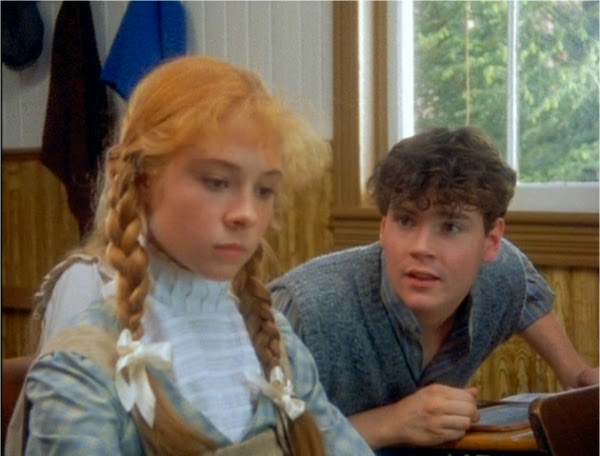 On April 18, 2015, Anne fans learned the sad news that Jonathan Crombie had died three days prior.

Our hearts were collectively broken.

No, I didn't know Jonathan Crombie. I'd never met him. I know it may seem strange, my sadness. But Jonathan's performance in the Anne movies has amused and entertained me for so many years. I've come to adore him. And now he is gone... his memory forever preserved in two wonderful films and a third film that's... well, nevermind. It exists. I usually avoid it. Moving on.

As Anne and Gilbert's teacher Mr. Phillips once said, "Let us not have tears. Partings are a natural part of life."

And perhaps they are.

But I just know the next time I watch Anne Of Green Gables (and, knowing me, that'll probably be soon)... it's going to be tough. 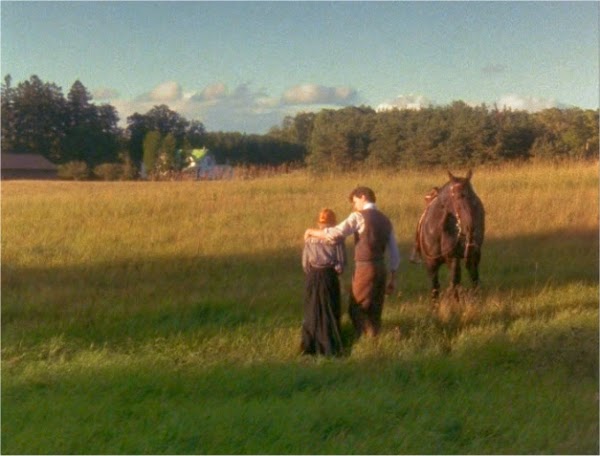 Email ThisBlogThis!Share to TwitterShare to FacebookShare to Pinterest
Labels: anne of green gables

I grew up watching and loving Full House, so whenever I hear rumors of a reboot, a little part of me gets excited... but the better part of me screams NOOOOO, DANGIT! (I also get this way when I hear people talking about a 4th Back To The Future film, a Goonies sequel, and/or a Harrison Ford-less Indiana Jones. Bad. No. Do not want.) 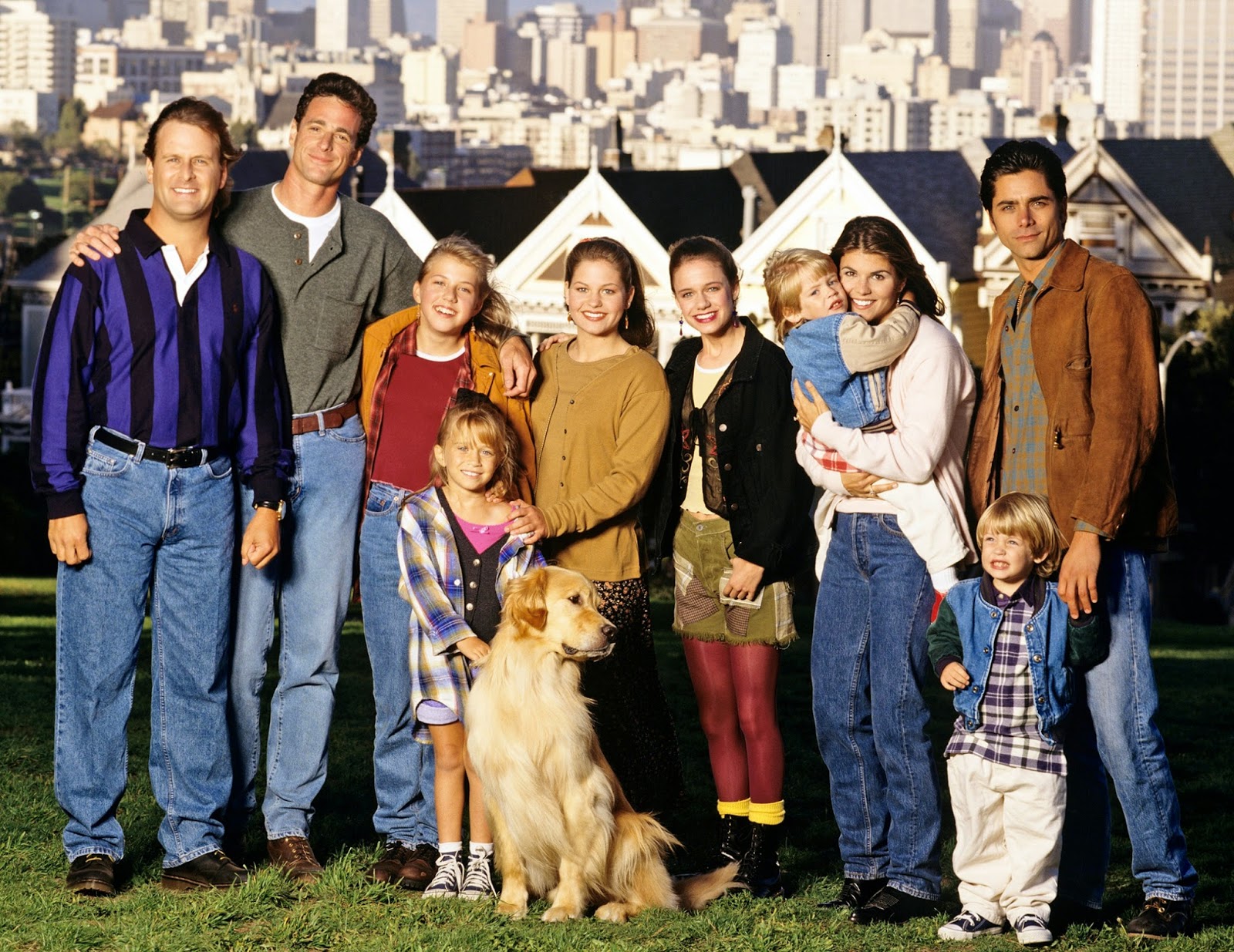 I'm not sure if a Full House reboot is something I would want, though I will admit that when it was cancelled in 1995, I was quite surprised. I spent many hours thinking of what the Tanners might be doing "in the future." The show was actually doing quite well in the ratings when it was canned. Sure, its quality had deteriorated, and they had started recycling plot lines and throwing continuity out the window (ie Becky is a great singer during the telethon episode, but singing to her kids at bedtime four years later, she's awful) buuut it's a show that I loved... and if shows that I don't love can get reunions and reboots and revivals, why can't Full House? I mean, it's only fair.

The thing is, though... they're saying this show might be on Netflix and that it might be called Fuller House and that it may be about D.J. and Kimmy bein' chums. Don't get me wrong. I like D.J. and I like Kimmy. But is that really the best they can come up with?

Because I've been thinking about this. And I have a few "Full House Reboot" ideas of my own....

Michelle Tanner, now in her 20s, is just trying to make in the big city. She's roommates with Lisa and Denise, and they live next door to Teddy, Derek, and Aaron. Everybody dates everybody else. Romantic complications abound. Similarities to Friends are entirely coincidental. Elizabeth Olsen stars as Michelle. 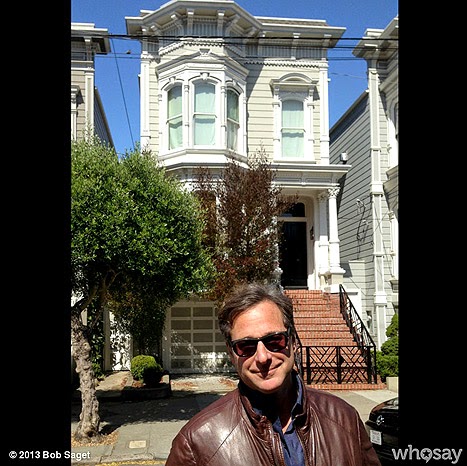 Poor Danny! Everyone has moved out, leaving Danny all alone
in that great big house of his. What's a guy to do? After putting an ad on Craigslist, looking for roommates, Danny is inundated with visits from all kinds of wacky characters, including a guy who just doesn't respect Spring Cleaning Season, and a lady whose red hair reminds him too much of Vicky, God rest her soul. Will Danny find the perfect roommates, or go insane trying? Wanda Sykes and David Spade co-star. 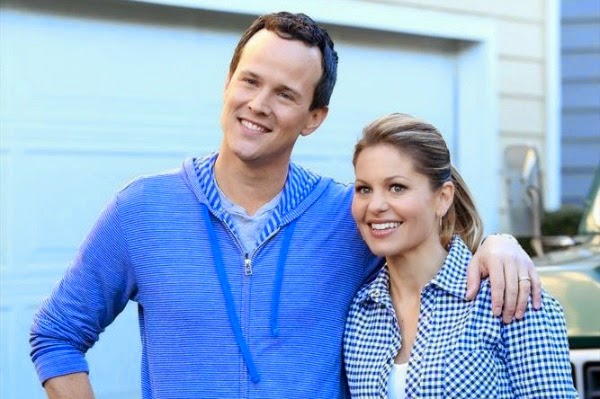 After winning the lottery, D.J. and Steve get married and have nine children and move to Beverly Hills. Stephanie, who has been estranged from the family for some time thanks to some really terrible decisions, disguises herself in order to apply for the role of the family's maid. She gets the job, but will she be able to keep her true identity under wraps?

Michelle is having great success in the fashion world, and lives in her own place in New York City. She even has a great boyfriend. But her life is thrown for a loop when Stephanie shows up on her doorstep one night, holding nothing but a hamster cage and a hatbox, and convinces Michelle to let her spend the night. One night turns into six months. Things get even crazier when Joey shows up. 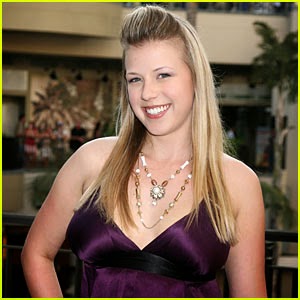 After a painful divorce, Stephanie accepts an invitation from Cousin Steve (Kirk Cameron) to move to Baltimore and become an au pair for his three kids. When she arrives, she's surprised to learn that the kids are huge brats. Can she tame the younguns with her smarts & savvy? Will she successfully teach them how to tap dance and sing Baby Beluga? Hello, is her last name "Tanner"? Well then, of cour-- oh, nevermind, she changed it.

Projected Success: 1 season on The CW 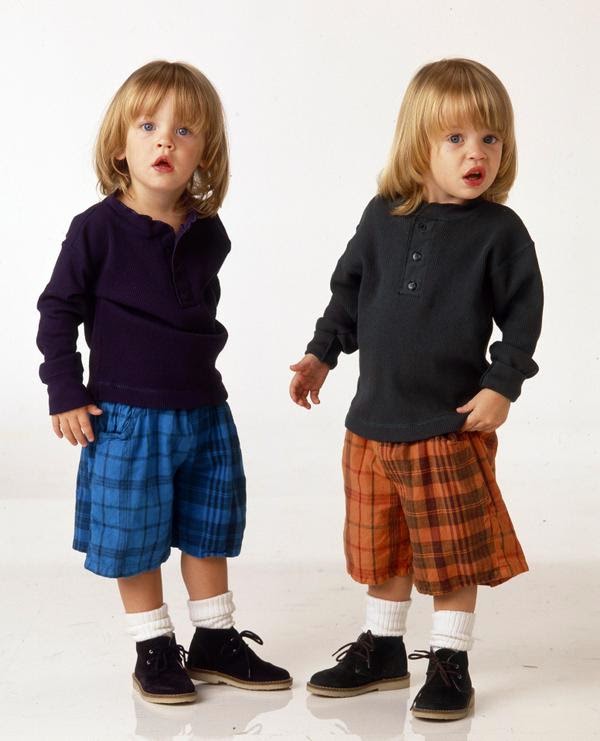 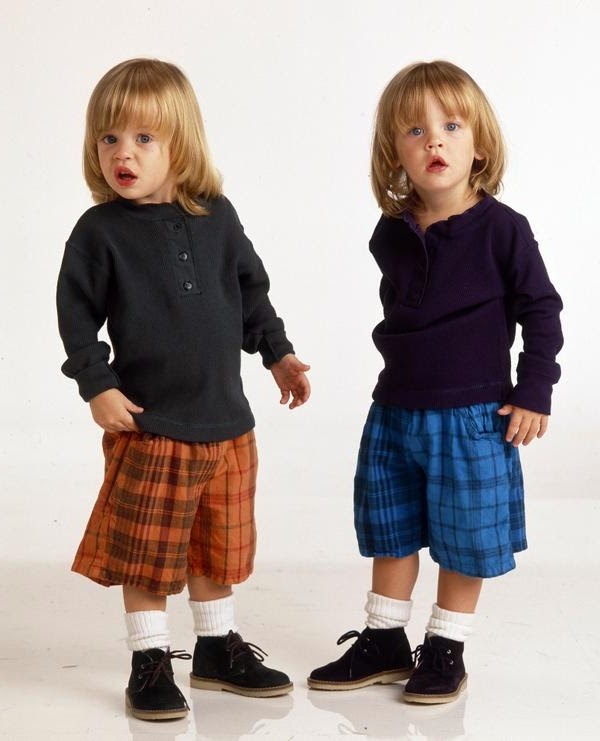 Nicky and Alex Katsopolis are all grown up and married, and they both have -- you guessed it -- twins! Naturally, their families all live together -- along with Danny, who has no place else to go after a ne'er-minded pot roast causes his house to burn to the ground, taking all the neighboring homes with it. (He is subsequently run out of San Francisco by an angry mob.) With three sets of twins under one roof, life is never dull.

In a post-apocalyptic world, the Tanners are scattered across the globe, trying to make it back to San Francisco in time to say good-bye to Danny, who has contracted a deadly flesh-eating virus. A nuclear waste spill causes Michelle to gain superpowers, and that causes Stephanie to become jealous. Joey, who has spent a lifetime being the joke, finally becomes a hero -- and then a zombie. 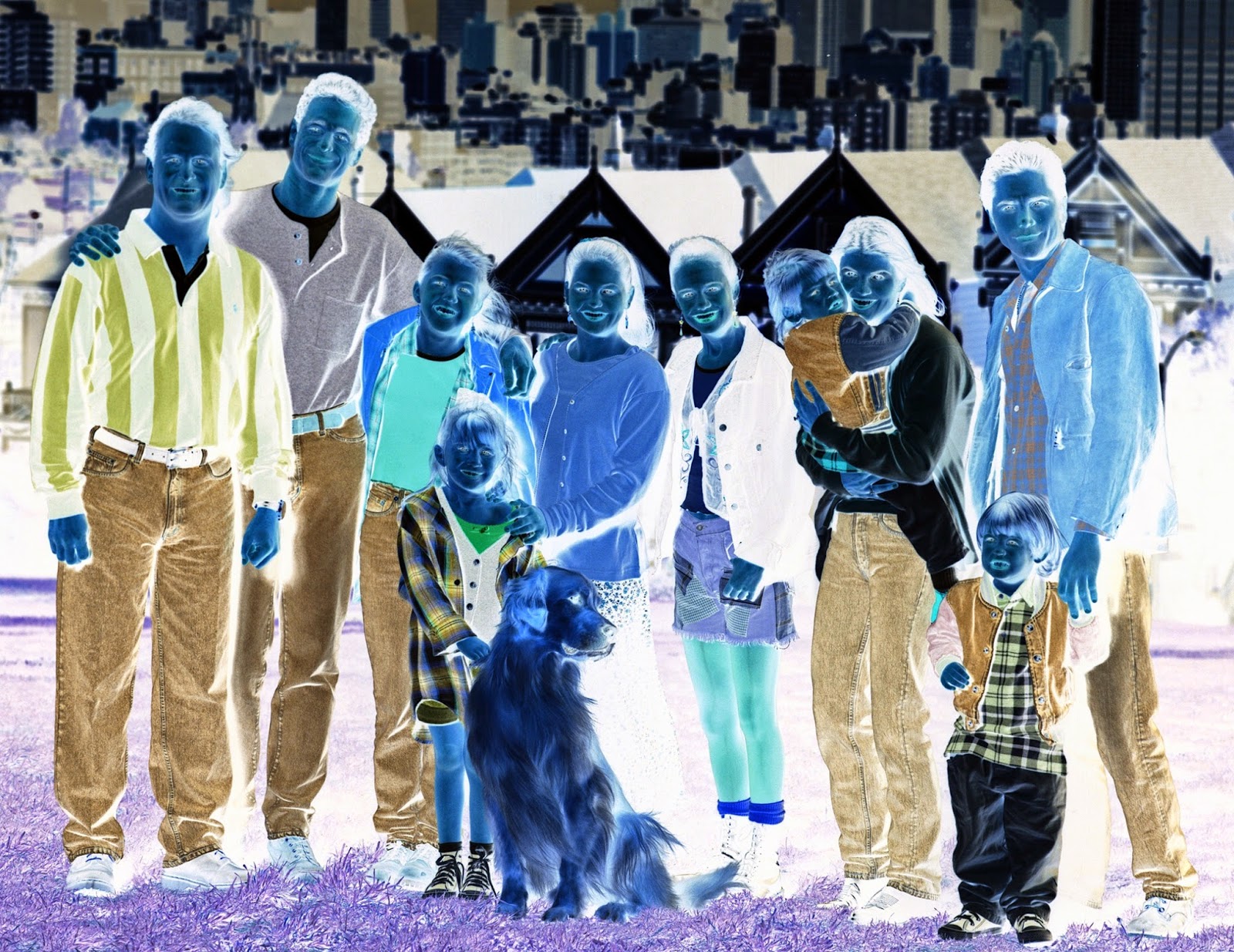 Which of these would you be most eager to watch? Leave a comment if you dare.