There's A Trope For That - Week of October 14th

A man who feels Mangst is the kind of guy who carries around a picture of the wife and child, both of whom were killed by the villain. Every once in a while he picks up that picture. . . maybe once every three or four days, mind, when no one is looking... and stares at it for a couple of hours. He never talks to other people about his private pain. Several things keep him closed up about it. First, he's not the kind of guy to get all weepy (unless you count the occasional bout of Manly Tears, of course). Second, he's not the kind of person who loads his problems on other people.

Mangst usually involves a man trying to fix his problem, right the wrong, prevent his tragedy from occurring to someone else, seek revenge, etc. If he's not doing any of those things, it's because something's holding him back. When a Badass has Mangst, he may have an inner monologue, during which the source of his Mangst gets a regular mention. However, to mitigate potential Angst Dissonance, the character's monologue often is deceptively calm or metaphorical.
One of the things that turns basic Angst into Mangst is the source of the character's pain. When That One Case involved someone dying (especially if it was an innocent kid), the hero will most likely end up Mangsting. Having one's wife or girlfriend horribly killed by the Big Bad is perhaps the most common cause of Mangst in the world. Guilt over some past misdeed, or from failing to stop someone else's past misdeed, can also be a cause."

That would be this guy. 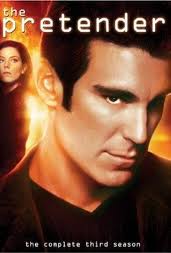 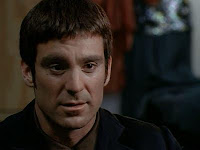 Poor Jarod. Kidnapped as a child and forced to work for an evil organization. Now, out on his own, searching tirelessly for his mother, whose photograph he carries with him so that he can take it out at regular intervals and gaze at it longingly. They took him away from his parents! Rawr! They used his genius ideas for evil! Double rawr! And they won't leave him the heck alone! 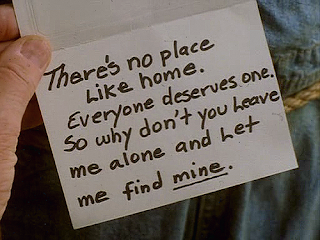 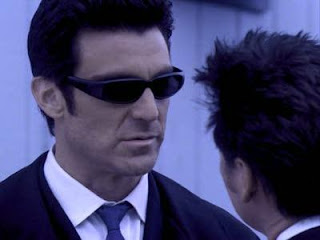 Face it... Jarod had every reason in the world to be an angsty basketcase. But he channeled that anger worthily, going after bad guys and making them PAYYYYY. 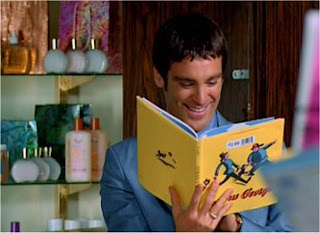 Email ThisBlogThis!Share to TwitterShare to FacebookShare to Pinterest
Labels: the pretender, tvtropes.org