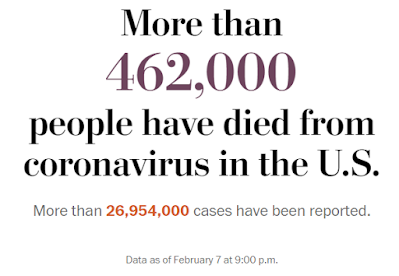 How is it almost a year later? How are we still in this crazy mess?

Last February, we were listening to whispers about this weird new disease overseas.

Last February, we were eating at buffets.

Last February, we were planning trips.

That the travel bans and weirdness might last another year complete. 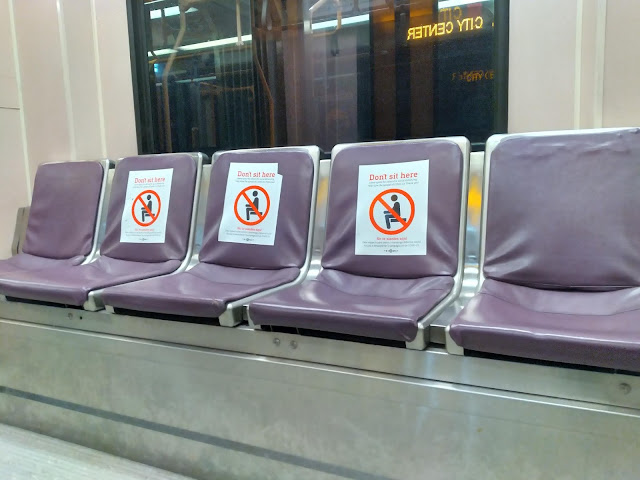 And the numbers of cases, and deaths, just keep climbing.

There are vaccines, but the distributions have been a mess. Each state, each county, handles the rollout differently. There's been anger and friction over who gets it first, who gets it second, who has to wait. It's never going to be "fair". If you give it to the elderly people, great... they're more susceptible... but will they then start going out more? Expecting to be served at restaurants (by underpaid, un-vaccinated workers?) Will they be more likely to walk around stores without masks, because they think they're protected through the vaccine? 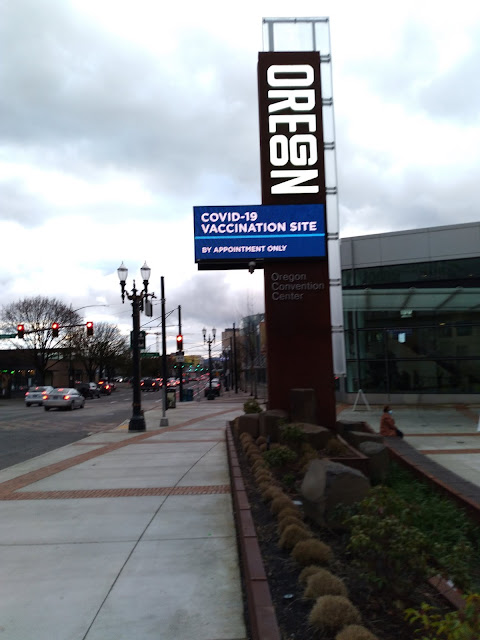 In Oregon, they're giving vaccines to teachers. I am a teacher, and even I think it's a bit silly to be ahead of... well, other groups. Yeah, yeah... they want us to return to the classrooms. We know it. But our students won't be vaccinated. Their families won't be vaccinated. The people I live with won't be vaccinated. So, poke or no poke, life will go on in the same manner it has already been going. Except now maybe I'll be less likely to drop dead on a Tuesday and force the admins to scramble to find a new person to cover Recess Duty on a Wednesday. So that's nice for everyone, I guess.

Lord, I don't want to go back to the classroom.

I've said it before, but it remains true... I like distance learning. It's been a long time since teaching has been this enjoyable. Despite the technology snafus and the mixed messages and the general weirdness of it all. Despite not being able to receive hugs and pass out stickers and all that. I LIKE IT, DARNIT. And I know it won't last. So I'm enjoying it while it does.

That said, in other ways, I'm definitely in funktown. I miss traveling so much. I miss spending time with my nieces. I miss just going to the zoo on a whim. Now I have to buy a timed ticket days in advance. And the paths are one-way. And the train is shut down. Not that I regularly rode the zoo train. It's kind of a letdown. But at least I could... 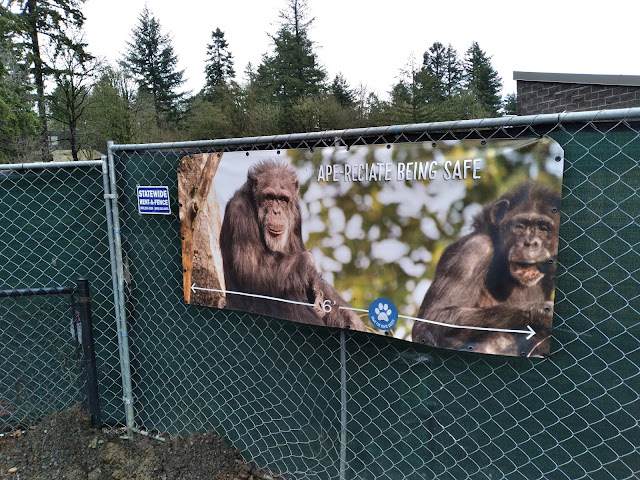