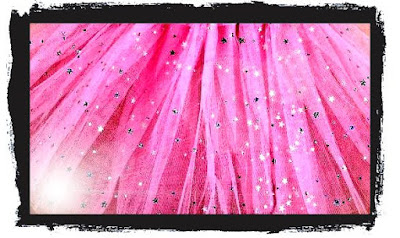 Have you ever found yourself in the middle of a bizarre situation and wondered, "How did I get here?"

Okay, so I knew how I had gotten there. But knowing it didn't make me feel any better.

During my last two years of high school, my friend Dee* and I always tried to coordinate our school schedules. Our motives were not academic; we just wanted to have ample opportunities to pass notes and jointly swoon over George Clooney and Chris O'Donnell. High school was a necessary evil, and we desired to make the best of it, together.

Dee and I had the same school counselor, a rather sweet lady who, luckily for us, was very accommodating when it came to making changes in our schedules. For the first two weeks of any term, we could go to her and say, "You know, I really would rather take algebra in the morning, when I'm more alert." And she'd say, "Okay, how about 3rd period?" And I'd smile and agree, because, why... 3rd period was when Dee had algebra! How perfect!

By the time senior year rolled around, this counselor was most certainly onto our schemes, but she remained accommodating, perhaps because she suspected Dee was not on track to graduate. She seemed willing to bend over backwards just to keep that girl in school.

At the beginning of senior year, Dee and I found ourselves separated from one another... at first. We quickly put our heads together and figured out a way for us to at least have English together, maybe Government, too. But then there was 4th period to consider. I was taking Art For Children, a sort of pre-education course, which was actually pretty lame. One day, Dee told me the counselor had gotten her into a 4th period P.E. class called "Dance." Would I like to join her? It'd be fun! I was like, um... are you kidding? Dancing? "It's not really dancing; you just exercise and stuff." Hmmm. Okay....

Perhaps when you think of dancing, you think of toe shoes and tutus, but this class never went there. Instead, we wore leggings, T-shirts, and/or sweats. We would spend about 30 minutes "warming up" with vigorous stretching and aerobics, then spend the next 45 minutes learning a dance routine. Most of these dances were heavy on ballet. We were led by a fit woman in her 30s or 40s, who seemed to have a thing for Abba.

I quickly discovered Dance was tough. Just the warm-up exercises exhausted me! Truth be told, I was not in good shape. I wasn't technically overweight, but I was still the largest girl in the class. Once, we were doing an exercise where the teacher told us to all bend at the waist, stretch, and fix our eyes upon the open space between our thighs. Confused, I glanced around. WHAT open space between my thighs? Who has such a thing? Another time, I remember the teacher getting quite upset because I, and a few other girls, were doing granny push-ups during warm-up time. But that's all I CAN do! I wanted to yell. Still, I tried my best. My one hope was that I'd drop dead on the dance floor, and then she'd be sorry.

The dance routines were another challenge. I just couldn't seem to memorize the movements. Especially since a lot of them involved turning and twisting. There was this huge mirror along one wall, but this didn't help matters. No matter which way I turned, I could see most of the girls doing the motions correctly, but they did them so quickly, I couldn't follow. But it would be even more embarrassing to just stand there, so I tried. Oh, but I tried to dance!

Dance class seemed like a disaster, but at least I was with Dee, right? Well, no. Dee sat on the sidelines for the first two classes I attended. She then went back to our counselor and got switched to something else. By then, we were into the third week of school, when people technically weren't allowed to change classes. But the counselor pulled some special strings for Dee.

I felt tricked. Irate. The class was exhausting and humiliating, and my friend had abandoned me, too. I was not happy.

By the time the class finished, I was in better shape than I'd been in years. My metabolism seemed to be on a roll, and by the time I graduated five months later, I'd lost 10 pounds. At home, I began doing a lot of aerobics and dancing -- on my own! And I enjoyed it!

In college, I even took two dance classes -- country line dance and tap. Even though I still had trouble learning the routines, at least I tried, and I did enjoy myself. I'm not sure if I would ever signed up for those dance classes if I hadn't been accidentally enrolled in a dance class in high school.

Dance class had felt like a royal disaster at the time, but I now know that it wasn't. That class was a gift. An exhausting, but rewarding, gift. Probably a lot more rewarding than Art For Children, but I may never know.