"In the real world, amnesia is rare, and it can last anywhere from days to a lifetime.

On TV, amnesia is just a plot device for the current episode or movie. Everything and anything the character knows about him or herself may be lost, or just the last 24 hours may disappear — it's completely dependent on the plot.

If the victim recovers, it usually occurs by the end of the episode, with the character simply bonking their noggin a second time (conveniently ignoring the fact that this is likely to make things worse, not better)."

I chose this trope this week because I love it. 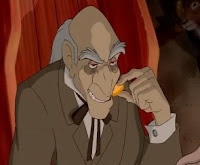 Like many things in TV and movies, the trope doesn't reflect real life. In reality, amnesia is a terrible thing. It shouldn't be taken lightly. But in fiction, it's a super fun toy for writers to mess around with. (More accurately: it lets the writer mess around with their poor, helpless characters.) One great reason to give amnesia to a character is so he forgets where his home is, and everyone thinks he is dead. Works great with shipwreck survivors, soldiers, teenage runaways, and so on. Later, a happy(?) reunion can occur and the amnesiac can get his life back. Another good reason to give a character the ol' conk upside the head is so that he or she forgets something important, such as a murder she witnessed or a superhero's secret identity he accidentally discovered. The memories can then be recovered sometime later in the season at an opportune time, or maybe never at all, but there's always the possibility the memories will return, and this keeps the audience guessing.

But just like anything, Easy Amnesia has its pitfalls. Writers can go too far. They can torture their viewers... even alienate them completely.

So I've decided to make a list. I'm calling it: Okay, you can give your character amnesia, but whatever you do, DON'T...


And finally, and possibly most importantly... 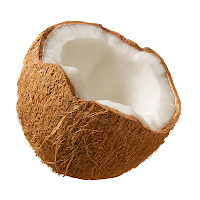