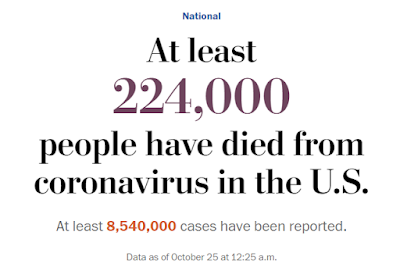 Email ThisBlogThis!Share to TwitterShare to FacebookShare to Pinterest
Labels: life, the corona chronicles 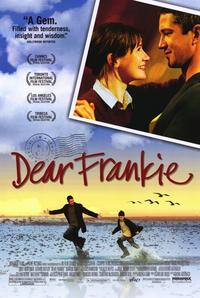 All right, time to dwell on the nuances of a 16-year-old movie, here.

So I've written about Dear Frankie a few times previously on this blog. It earned a spot on my Top 14 Film Scores and Top 14 Gerard Butler Movies lists. In 2010 I added it to my list of favorite films from the previous decade, and summarized it as follows:

Lizzie, a single mom, is on the run from her ex-husband. She lives with her mother and her young son Frankie, who is deaf. She's never told her son what a jerk his father is, and because her son is curious about his dad, Lizzie writes the boy letters, pretending to be the father. She has done so for years. She also does this because it's the only way she can truly "hear" her son. But one day, it looks like she may be busted when circumstances force her to produce The Real Thing, an in-the-flesh dad. So she goes looking for a man to pose as Frankie's father. What happens next is bittersweet and charming.

Now, here's the part where I say: If you haven't watched the movie, go watch it. You can get it on Youtube Movies in the U.S. It's also available to rent or buy on Amazon.

So what I want to talk about today is The Ending.

My mom and I recently watched this movie. I've seen it multiple times before, she's seen it once before but didn't seem to remember.

Anyway, we were talking about How Frankie Knew.

My mom thinks Frankie figured it out when he read his dad's obituary and the words "a long illness." She thinks that clued Frankie in to the fact that the man Frankie hung out with that weekend (The Stranger), who seemed perfectly healthy, must be a separate entity from the dad whose obituary he is reading.

But I don't agree with that at all. I think Frankie figured it out a lot sooner. In fact, I think he knew all along that The Stranger wasn't his biological father.

One major clue is Frankie's reaction to seeing The Stranger when they meet for the first time. Lizzie (the mom) tells Frankie that he has a visitor and that it's his dad. But Frankie, who knew his dad's boat would be in port and was hoping his dad would visit, just stares at The Stranger kind of untrustingly. It is only after The Stranger says that he's read Frankie's letters that Frankie goes to him and gives him a hug.

Another clue that Frankie had already figured it out is the fact that Frankie doesn't seem particularly devastated when Lizzie tells him that his dad is very sick. Frankie draws his dad a picture, but it really doesn't seem like his best work or that he's giving it his all. And the note he writes to accompany the picture is uncharacteristically short in comparison to Frankie's other letters. 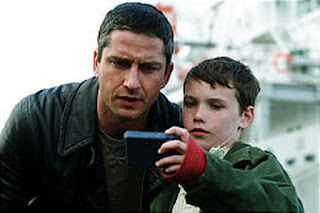 But how, and when, did Frankie figure out the truth?

I think the movie actually answers the question in a subtle, blink-and-you-miss 'em, semi-ambiguous collection of moments....

Moment #1: We see Frankie looking at a torn photograph of his mother. Evidently the father's face has been removed from the photo, torn off.

Moment #2: Soon after, we see Lizzie looking at pictures in the suitcase in her wardrobe (closet). One of the pictures she looks at is the torn-off portion of the picture Frankie has. We see the face of Frankie's bio dad.

Moment #3: Frankie and his friend Catriona are having a discussion, and Catriona goes on for several lines (heightening the significance) about how if there's a secret Frankie's mom is keeping, the answers are probably in her wardrobe.

Moment #4: The kids sneak into Lizzie's bedroom and manage to unlock the wardrobe. We see one of the kids touching the suitcase but we don't see them pursuing it further. Then we see Catriona admiring Lizzie's wedding dress. Lizzie enters the room, gets upset, asks the kids what else they touched, and gets no verbal answers. However, Frankie seems a bit upset afterward. Is he upset because he got caught snooping (guilt)? Is he upset because he's sorry he hurt his mother's feelings? Or is there more to it...?

THEORY: I think the kids DID get into the suitcase -- the audience just doesn't get to see it. The fact that the kids got all the way in the wardrobe and even touched the suitcase makes me think there has to be something more to it. Otherwise, why include this entire scene at all?

My mom thinks this scene was included to add suspense to the movie, ie, "Oh no, what if Frankie finds out?"

But, I think, at the very least, one of the kids DID open the suitcase, and Frankie -- even if he saw nothing else -- got to see the photo of his father. And because the photo was ripped, and therefore was clearly the other half of the photo Frankie already possessed, Frankie would have realized the guy in the photo must be his bio father.

I'm picturing Frankie looking in one box in the closet, and Catriona looking in the suitcase. The photo being the only interesting (to her) thing she finds, it's the only thing she shows to Frankie.

But it's enough. And now he knows what his bio father looks like.

Which explains why, when he meets The Stranger, he looks unsure/confused. "Huh? You're not my dad."

But when he learns that The Stranger has, in fact, read his letters, Frankie becomes more open. Now, I don't know if Frankie then thinks The Stranger has been writing the letters all along (ie Lizzie "hired" this guy ages ago), or if he has ALSO figured out his mom was writing the letters all along. But I kind of think its the former... mainly because of what Frankie writes in his final letter in the film. In this letter, he's still writing to "Da'" (no "hey mom!" or anything) and he includes the photo he took of himself and The Stranger. He's clearly writing to That Guy, rather than writing to his mom. 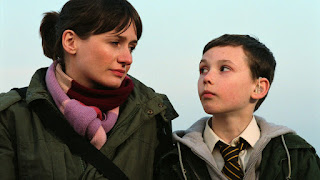 That said, it's possible that Frankie knows he's really writing to his mom, but has chosen to lean into the fantasy, kind of the way some kids continue to leave their teeth for the Tooth Fairy long after they know it's just their parents leaving the money... it may be a farce, but playing into the myth still gets you a financial reward and a bit of excitement. For Frankie, even if he has realized he's been writing to his mom this whole time and she's the one who's been writing back, The Stranger was a real, flesh-and-blood guy who had evidently ALSO read the letters. The Stranger was kind and fun and sweet and... why shouldn't Frankie want to continue to write letters to "him"?

So maybe Frankie is leaning into the fantasy with the hopes of getting to spend time with The Stranger again someday.

Does he know his mom wrote the letters? It's possible, but I think either he doesn't know, or he has chosen not to care.

Does he know The Stranger isn't his real dad? YES. This is made absolutely clear in his final letter.

I tried to search the internet to see what other theories people had. One blogger surmised that Frankie figured out the truth by reading Marie's lips at the dance hall when Marie accidentally makes a comment that implies she's known The Stranger a long time. (Well, she has... but Frankie's not supposed to know that). But I don't think this theory can stand. I think if Frankie had suddenly realized, there in the dance hall, that'd been "tricked," it would have elicited a reaction from him. A big reaction, a small one, anything. But there isn't a reaction. I honestly don't think he was looking at Marie's lips at all.

If you've seen the film and have your own theories, leave a comment!