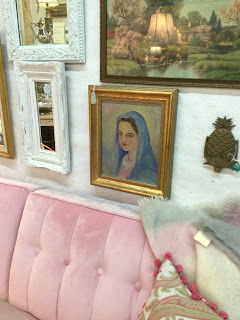 For the six of you who saw my post from yesterday about where I've been donating money lately... I did not mean to post that. Yikes. Sorry!

I mean, I'm not ashamed of any of my recent donations... I'm just embarrassed I shared it. Y'all don't need to see that.

Speaking of embarrassment, the video below is pretty interesting. Women of all different ages briefly describe their most embarrassing moment...

*A lot of people have what is essentially the same most embarrassing moments -- a lot of falling down and having toilet paper stuck to pant cuffs.

*I've experienced at least half these things myself.

*It actually feels kind of nice to know that some of these things are just universal. 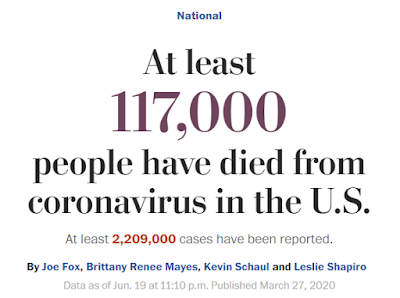 It's been nearly a month since my last post, and boy, has it been a month. After several high-profile gruesome deaths of people of color, the Black Lives Matter movement has surged into high gear again. There have been marches, protests, and some very satisfying knocking-down of racist statues. Then, there has been a crazy amount of police brutality in response to the mostly-peaceful protests. Calls are now being made to "defund the police," aka reallocate some of the police's budget to go toward other social services... like first responders who don't carry heavy artillery and scare the shit out of the citizens.

Anyway, it's been a month.

The school year ended with a whimper. Most years, I'm counting down the days till June. This year, it was like, "Oh... it's Wednesday? And we're done? Oh, okay."

The governor handed down a 47-odd-page document, letting us know that in the fall, we'll have all these restrictions and rules if the schools physically reopen. Some of the strangest points include...

--Sanitizing the playground structures after every group of kids has recess.

Does she realize how many surfaces are on a play structure? All I can imagine is the custodian out there 6-7 times a day with a ShopVac full of Lysol, blowing it on every surface and just relying on the wind not to take it away. Also, if he's out there doing that, who's going to be inside cleaning up all the kid... uh... refuse?

--Requiring everyone to wear masks.

This isn't surprising; and by September, most of the kids will probably be used to this. But mask or no mask, kids still touch their faces, pick their noses, and goober all over. Ideally, every kid would have at least 5 masks to wear, one for each day. But I've seen how often some of these children wash their clothes, and the masks are going to get pretty gnarly, I'm afraid.

Six feet? Yeahhhh, sure. School buses are going to be interesting. They already pack the kids onto the buses for some of the routes... 2-3 to a seat. (Not a row... a seat.) They'll have to add routes, and buses. Problem? They have a terrible time getting bus drivers anyway. It's a thankless job, and precious few have the constitution for it.

Distancing in classrooms is another joke. Imagine 30 desks, spaced apart, with each kid staying put in his or her desk for an hour or so at a time.

Now... put away that picture of Uncle Johnny from 1952 and join reality. Kids of today can't stay in their seats to save their lives. It's going to be a swarmy mess.

I know at least two dozen kids who will CACKLE at this restriction as they run in the "wrong" direction, rip down a poster that says "Dream Big," and give you a sideways kick in the shin as they go by.

I don't recall what, if anything, the Governor said about handwashing, but it should be noted that most of the sinks in our particular school building don't ever generate anything above a lukewarm stream of water. So there's hand sanitizer, but it doesn't kill everything.

It's going to be a hot mess, that's all I know.

Meanwhile... I've been having this weird thing where I think back to things that didn't happen (thanks, Covid) but in a kind of nostalgic way... as if they did happen? I could maybe describe the feeling as a cross between a regret and a happy memory. Like, ECCC didn't happen... but if it had, it would've been great... ahhhh, greatness.

Anyway, stay safe, y'all. Wear your masks. Avoid the police. And give falling statues a wide berth.

Email ThisBlogThis!Share to TwitterShare to FacebookShare to Pinterest
Labels: life, the corona chronicles

Here I am in Year 10 of doing this little survey, and for the second year in a row, most of my visual entertainment has been courtesy of Youtube, Netflix, etc., rather than traditional TV.


Shows I've Recently Enjoyed That Have Produced New Episodes In The Past Year:

Call The Midwife (PBS) (I actually went back and watched the entire series this past year!)

I Am Not Okay With This (Netflix)

Money For Nothing (British show, via Netflix)


Shows I've Recently Enjoyed That Have NOT Produced New Episodes In The Past Year:

A few episodes each of Full House, The Golden Girls, Merlin, Raising Hope, Lois & Clark, and others I may be forgetting

Continue watching the most recent season of The Unbreakable Kimmy Schmidt

Anne With An E, series 2

Same as last year. I am really hopeless.