There's A Trope For That - Week Of November 11th 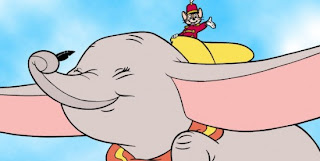 "Alice is given a supposed magic MacGuffin that will give her special/exceptional abilities. She does amazingly well, but then she loses the item. She goes back to her mentors, only to learn that it was just a useless placebo, and "the magic was inside you all along!" Sometimes the audience knows, or at least suspects, that Alice's abilities were her own, but other times The Reveal is just as much a surprise to them as to her.

In comic books, a retooled Super Hero Origin sometimes shifts a character's gimmicky power from artifact-dependent to innate, with the revelation that the famous prop or incantation was simply a focus.


Supertrope to Placebotinum Effect, and of course this is the Placebo Effect. It's also a neat way to subvert the Amulet of Concentrated Awesome. May or may not be a character's Charm Point. Somewhat of a Dead Horse Trope in newer works (a common subversion is that the character throws away her 'feather,' only to discover that she needed it all along).


The key to this trope is in The Reveal, so examples where the feather is never shown to be bogus do not count. If the character (or the audience) believes the feather does nothing, but this is never put to the test, see Maybe Magic, Maybe Mundane.

Sister trope of All That Glitters and Motivational Lie. Compare It's the Journey that Counts. Not to be confused with Mario's flying cape item."

Well, time to reference Harry Potter again, and I -- 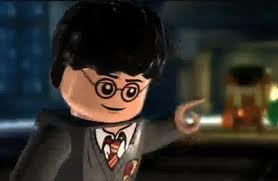 But I just want it to be clear that I could.

If I wanted to.

Fun fact: Dumbo was one of the first movies I ever had on videotape as a kid. I didn't particularly love it though. It was depressing! There's bullying, cruelty, parent-child separation, and -- the one thing that used to scare the absolutely crap out of me as a kid -- fire.

Yeah, remember how Dumbo has to jump from a "burning" building at the circus? It's probably controlled fire, but still. Terrifying. Come to think of it, a lot of kids' movies back then had fire scenes. Disney's Robin Hood... Bon Voyage, Charlie Brown... The Little Mermaid... Sleeping Beauty....  What were they trying to do to us? (And by us, I mean me.)

Well anyway, you know the story -- it turns out Dumbo doesn't really need the magic feather to fly because apparently his really huge ears will suffice.

There's a lesson in that for all of us, I think.

Just gotta figure out what it is.
Posted by molly at 11:10 PM