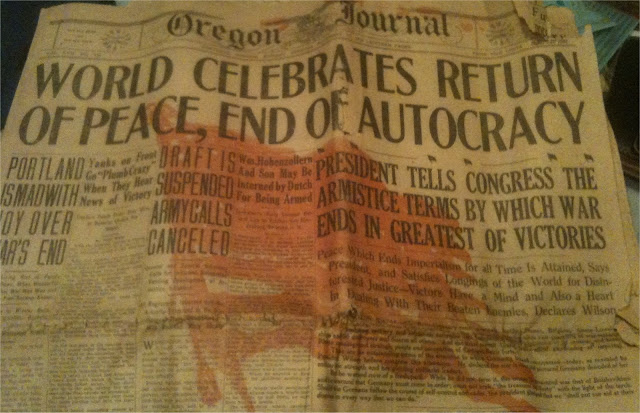 Yeah, yeah, THAT was short-lived. But people were happy for a little while! 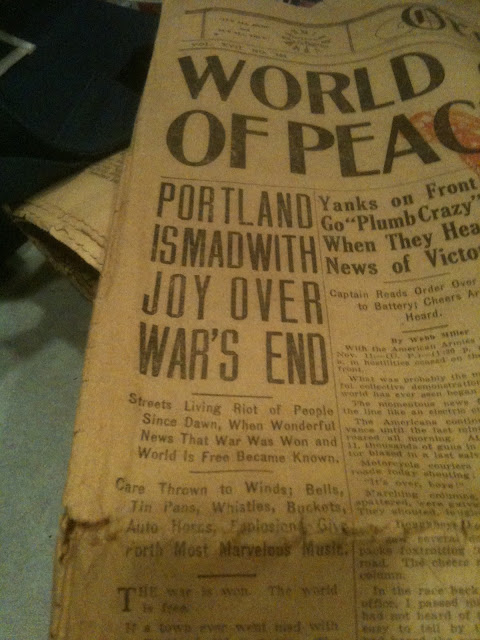 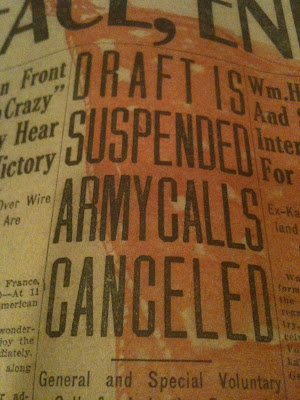 Army calls canceled! Heck yeah! P.S. Does anyone know how I can get the Red Cross blood donor people to stop calling me? :-/ 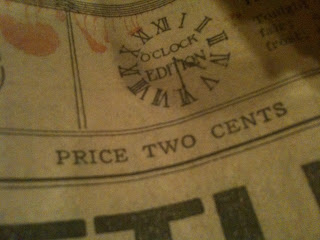 Influenza was ravaging nearby towns, and Yale models were absconding with... 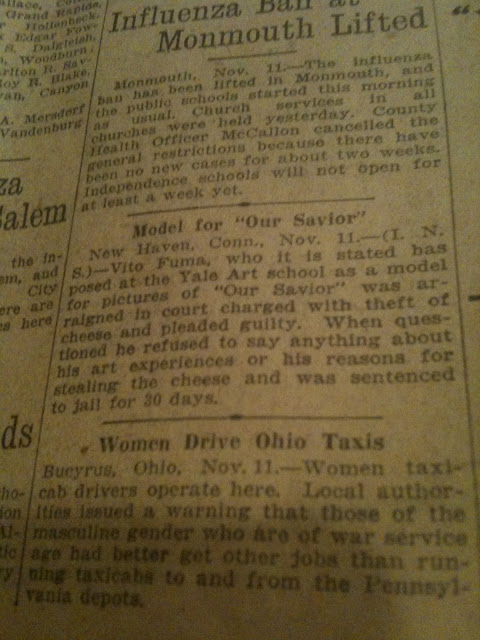 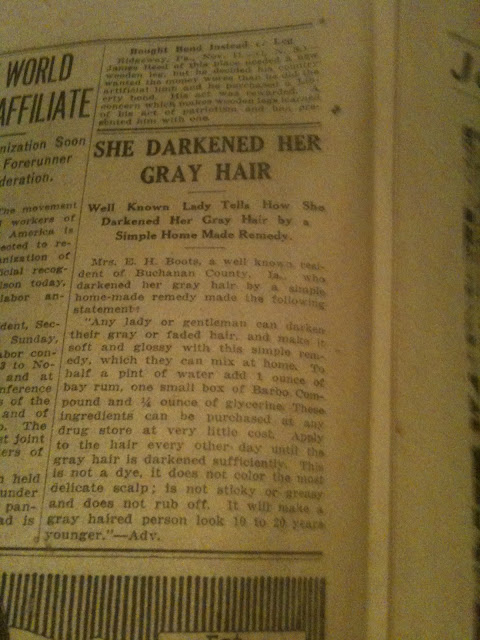 Across town, hijinks were occurring... 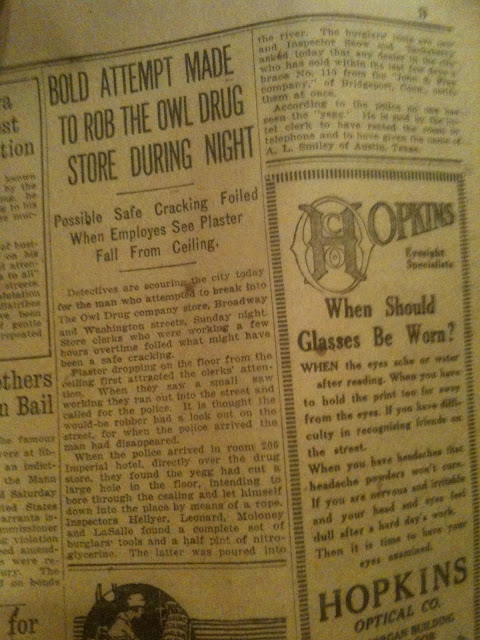 Meanwhile, this guy was trying to make his new catchphrase go viral.... 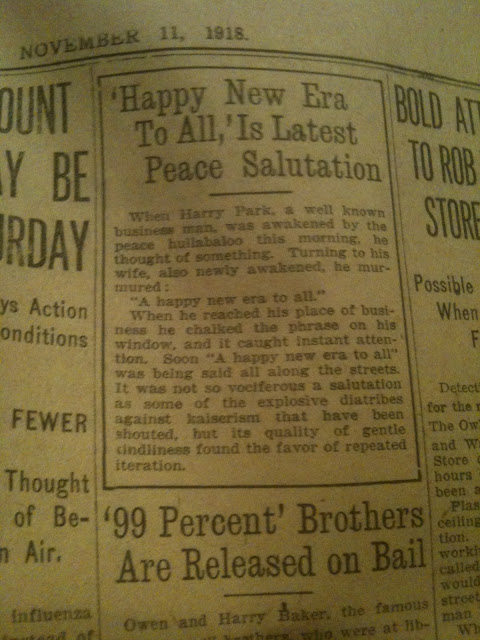 Then there was this lady.... 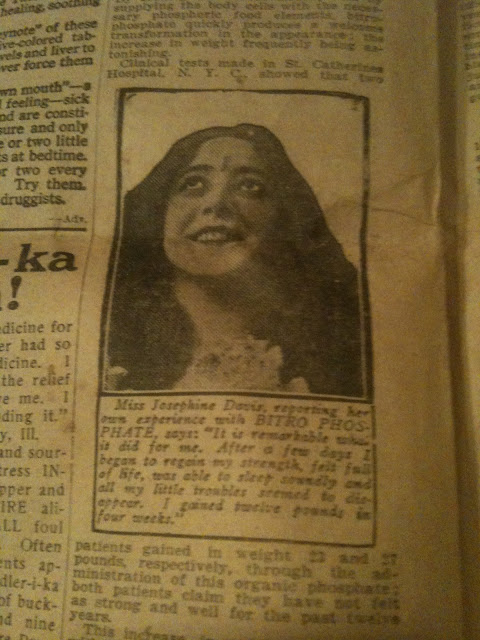 Serathol (now only found in museums, I kid not) was recommended for gastritis. 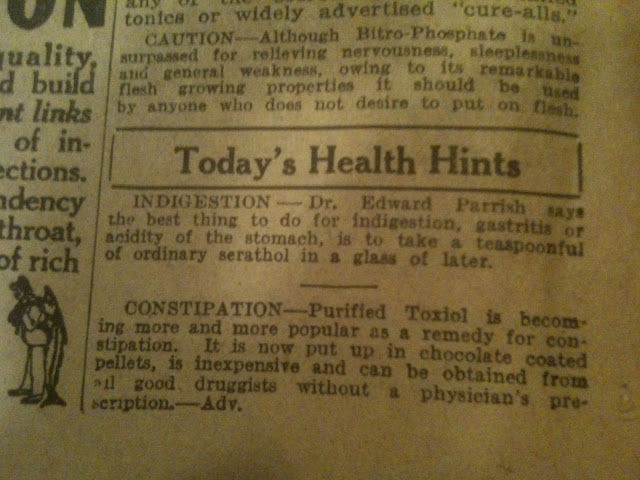 "Dr. King's mysterious medicine" wanted to make sure you said nope to dope...iness. 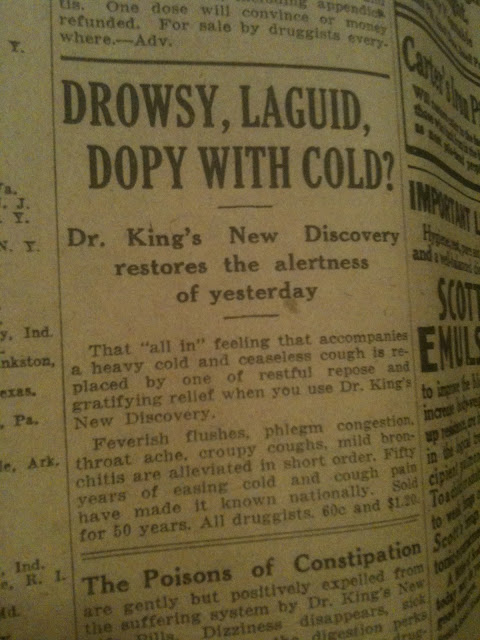 And lest we forget the younguns when it comes to health matters... Here you are, kids! Syrup of figs! Come and get it! 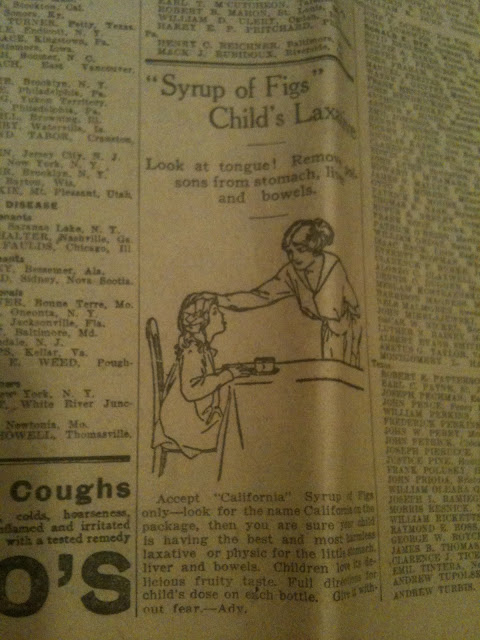 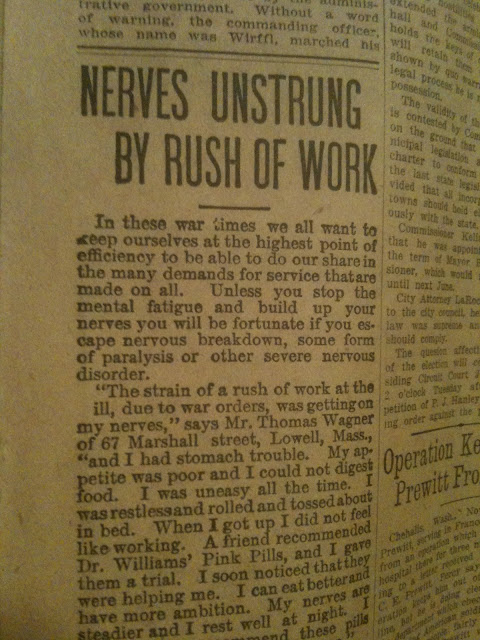 Well, who knows. But what's important is, YOUR BODY TYPE IS WRONG AND YOU SHOULD CHANGE IT. 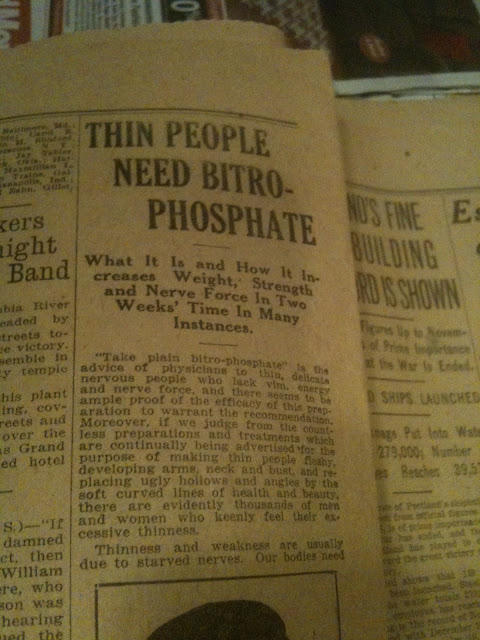 Bitro phosphate. Because weight is great.

If you can't change your body, why, then chew some gravely tobacco! 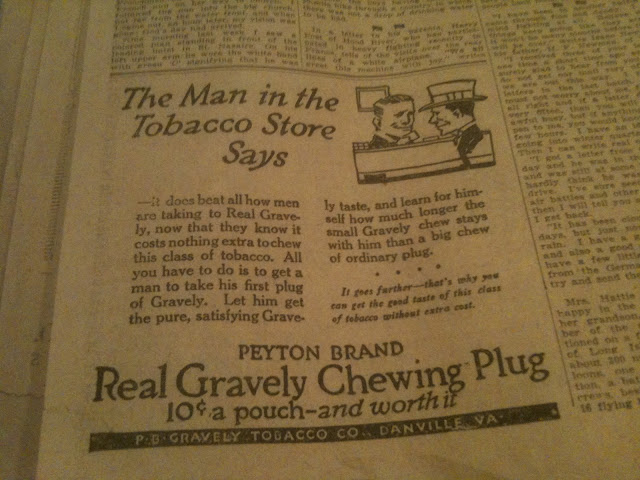 
In 1918, Gluten-free and sugar-free foods were becoming a thing -- but not for health reasons (I'm not sure anything was really about "health" back then, my goodness.) 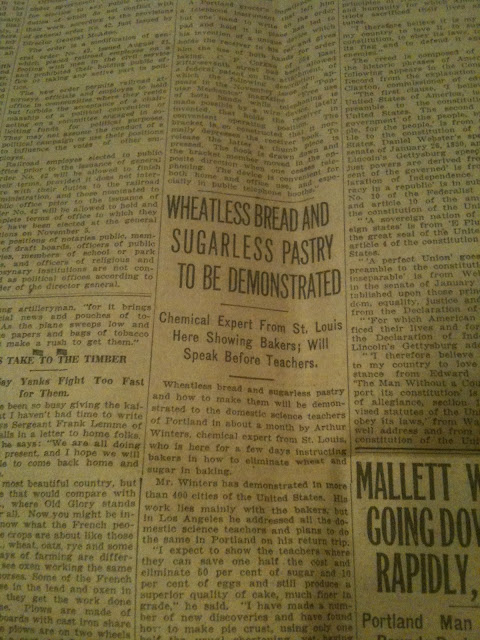 In other news, telegraph operators didn't realize how little time they had left. :(
(Be not dismayed, fellas! Your great-grandchildren will one day work at the Apple Store!) 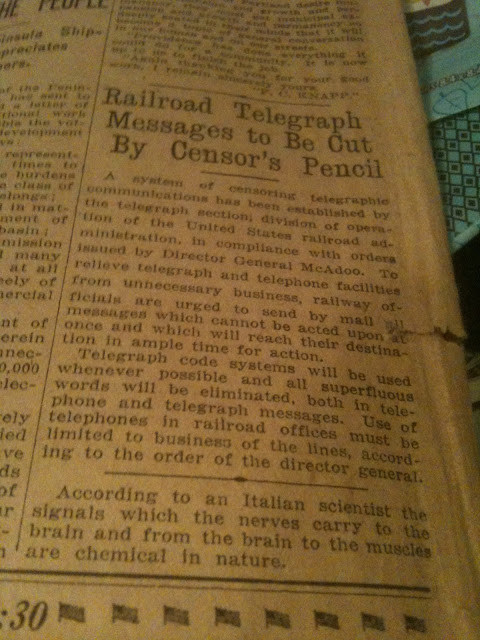 Speaking of communications, Hands-free phones were making their debut. Check it out! 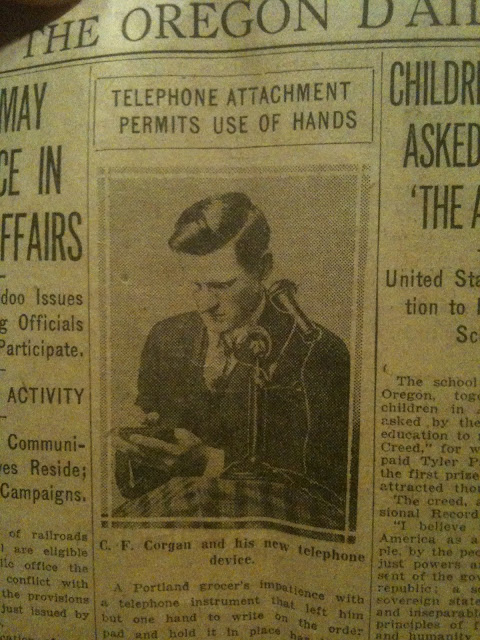 C.F. Corgan is talking to his mom on the telephone WHILE playing Farmville! 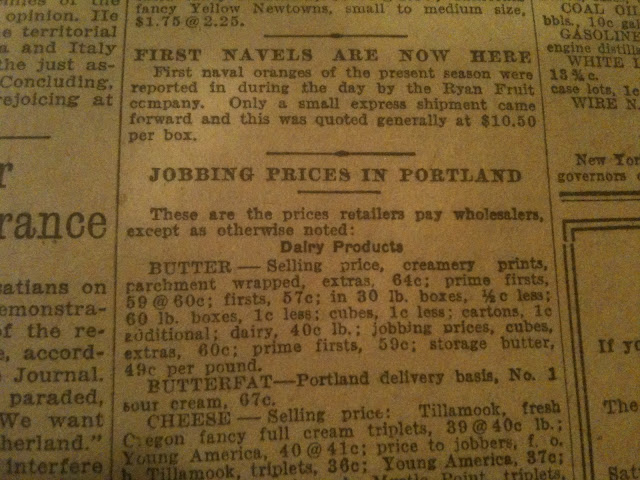 And you could get an 8-room house with a garage, a chicken coop, and a cherry orchard for $2500. 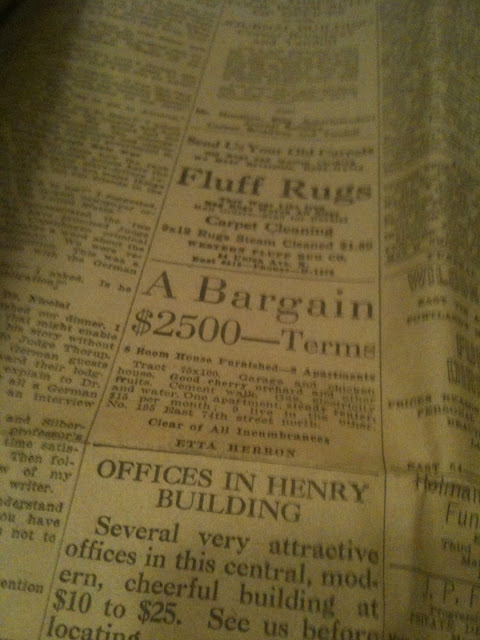 Insert "I really need to build a time machine!" joke...

Maybe I was too just exhausted last week when I wrote this entry... because while I talked about what "packing up my work stuff and leaving" WASN'T like (hint: this), I didn't really go into what it WAS like.

So let me rectify that. 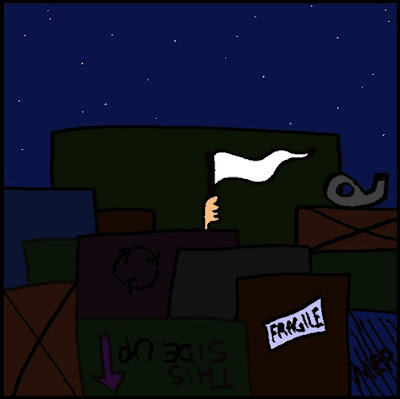 The stuff of nightmares.

No, literally. I mean, I regularly have nightmares about packing.

My "packing" dreams started around 2006. They go like this:

*I'm somewhere other than home (on a train, in my college dorm, at a friend's house, in a hotel.)

*I realize I need to pack my stuff and clear out.

*I begin to put things in boxes and bags. As I go, I keep remembering more stuff that I need to pack, and more things "appear."

*"Important" mementos fill my brain. I must pack my baby blanket! My childhood toys! My dumb keepsakes!

*I'm scrambling to find bags and boxes to put all these things in.

*I'm wondering if all these things will fit in my car or whether I might have to reassess my packing in the near future.

Now, as someone who's been having these dreams for roughly 10 years, you can be assured that I've analyzed them for all they're worth, just like I've analyzed the animal dreams, the wacky architecture dreams, and the "Pseudo-Disneyland" dreams (more on those another time, perhaps.)

After much analysis, I've come up with the following:

*I have too much crap.
*I am too attached to that crap.
*I need to let go.

A bit o' family history: my father's family moved around a lot and didn't keep much; my mother's family is another story. My grandma was a child of the Great Depression, and they kept everything that might be remotely useful. Not that this is altogether bad; after all, keeping things that you might need rather than throwing them away and re-buying the same thing at a later time, from an environmental perspective, makes sense. That is, until it comes to the point that you have so much stuff... it's going to collapse on you and smother you for all you're worth.

But that's like a 400-pound person saying: "I'm not overweight, because at least I don't weigh as much as that 600-pound guy on TV. Now he's overweight."

Sometimes we convince ourselves we don't have a problem, because someone else has a bigger problem, so they're the only one that has the problem, really. 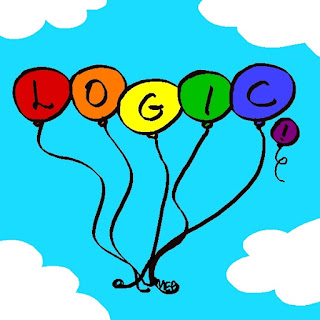 Okay, so I knew what my problem was... now what? Would getting rid of a lot of my possessions make those awful dreams go away?

I was presented with what I felt was a great opportunity to find out, last summer... a chance to move from my bedroom to a smaller bedroom so that my old bedroom could become a guest room. To this day, I'm really glad I made the transition. In the process, I got rid of a lot of things. Good Will, recycling, garbage, eBay. In fact, I made so much on eBay that I was able pay for two Lego conventions (and then some) just using the money from that Paypal account.

Sure, moving in the summer was a moronic decision, because I don't have A.C. and the whole process was physically miserable.

Miserable, but worth it.

So after I moved rooms and got rid of stuff, I thought my problems were over. I'd purged a lot of things I didn't need or want or anymore. Baggage = less. Huzzah and a half.

And I think it actually did help, for a while, because the packing dreams did seem to subside after that. I didn't have the angst of having too much stuff, so that angst couldn't pervade my dreams anymore.

Sleep well? I think I shall! 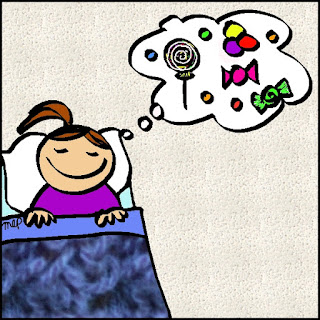 But then Last Week happened. It was like the perfect storm; three things that ought never to happen at once... happened at once.

1. It was the end of the school year. I always take some stuff home at the end of any year, like my extra boots, water bottle, stuff like that.

THAT I could handle.

2. I was leaving my job entirely, which had never happened. So I was also packing up my fan, my vacuum, my beanbag chair, posters, signs, notes from children, and anything else that could be remotely considered mine. (And no, I didn't steal a stapler. And not just because someone infinitely borrowed my lone stapler some months before.) In addition, I had to sort through, back up, and/or delete the files from my computers. Oh, and make things ready and accessible for the next person.

3. Everyone in the building was moving out completely, because our school's floors and pipes are being redone. This meant that every last crumb of equipment had to either be put in a box OR labeled with a fancy sticker OR put into a special plastic bag.

If #2 hadn't happened, I could have probably gotten away with putting everything school-related into boxes and letting the moving company (folks who were hired to remove all boxes from the building before the remodeling happened, and return them to the correct place afterwards... well, in theory.) deal with it. But because I was vacating my position, and I knew someone else would be coming along to fill it, I felt strongly that everything had to be organized and ready for the next person. I didn't want this person to open up a box in September and find tangled-up cords and broken headphones. I wanted them to just be able to smoothly transition into the job and think, "Wow, my predecessor was SO ORGANIZED. She even PACKED in an organized way!"

Well, I tried my best to be organized. But then something else got in the way: THE DEADLINE.

In my packing dreams/nightmares, there's typically a sense of urgency because of an approaching deadline. I don't just need to pack, I need to pack before it's too late. The deadline never actually comes in the dreams, though. I mean, I don't know that my brain has ever gone that far. I'm usually just still packing when I wake up.

But in real life? There was a deadline, and its name was June 12th. June 11th was the very last day we could be in the building. June 12th, the movers were coming in and taking everything away. Construction/remodeling would begin soon after. If I left something behind or forgot to do something? Too bad, so sad.

Even though my last day of work/pay was June 9th, I was there all day June 10th and June 11th, packing -- and panicking.

So the person who takes over my job, come Fall, will have some surprises waiting for him or her....

Like, a few boxes that are totally organized and labeled with useful items.

And a few boxes that contain a really odd assortment of plastic things that I wasn't sure if they'd want, so, um... HERE!

And like I said in my last post, by the time I left on June 11th, I had inhaled enough dirt and dust to make me physically sick.

So I was sick, plus:

1. Semi-emotional from saying goodbye to the kids.

2. Semi-emotional from saying goodbye to my job.

3. Semi-emotional from the physical labor and the dusty chaos and regret over things not being ideal and the strange feeling that I was in Inception all of a sudden.

But then, as the days passed and my summer vacation commenced, I began to relax, to unwind, to feel good again.

And then, last night, I had another packing dream. 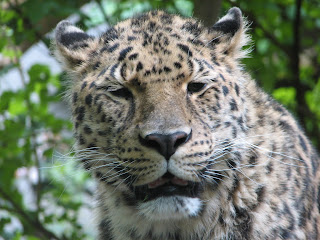 Email ThisBlogThis!Share to TwitterShare to FacebookShare to Pinterest
Labels: dreams, the glorious adventure

Look... I know that movies and real life are not the same. I know that when I come home from grocery shopping, I'm not going to be carrying a singular paper sack with fresh greens and an unwrapped baguette sticking out the top. I'm fairly certain that if my car gets into a minor accident with another car, neither vehicle will explode. My phone number doesn't start with "555," I rarely have an accompanying soundtrack, and if I decide to go to the bank to make a deposit, you can rest well assured that I'm probably not about to be involved in a hostage situation or bank robbery.

Despite knowing all that, when I decided to resign from my job recently, I thought it would be like how it is in the movies. When movie people quit or get fired, they clean off their desk and leave the office carrying a box, much like this one: 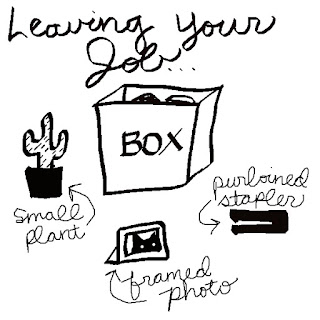 If only it were that simple.

Four days, four car loads, and a living room that currently looks like Woodstock: The Aftermath, but I'm finally out of there, ready to begin the next phase (which I'm either going to call The Great Adventure or the Glorious Unfolding... and hope that Mr. S.C. Chapman doesn't mind either way.)

Sure, I've inhaled enough dust and dirt in the past week to give me an allergy attack of epic proportions. My eyes are watering, my head is throbbing, and my right nostril wants me to sneeze, while the left one doesn't seem interested. I'm tired and achy and cranky and dirty and I still have a ton of stuff to put away.

But it will get put away.

And these aches and allergies will pass.

And the story has only begun.