So. I knew I wanted to go somewhere. I just couldn't decide on where. So many places yet unvisited, so much indecision in my wacky brain.

But when I heard that the Rifftrax guys would be doing a live show in July, I immediately said, that. That's what I'll do.

In the past, I'd briefly considered going to one of their live shows (typically held in Nashville) but they were often during the school year. Now, here they were doing one in the summer, when I could totally go. Problem: for the longest time, they weren't saying where it was going to be held. It was this big secret. But I decided that once they finally revealed the location, I'd buy plane tickets for that city and visit. Wherever that happened to be. (Crossing my fingers for somewhere nice? And not hot? And not Texas?)

So then they did the big reveal, and it was Minneapolis! Cue the Googling of "Things to do in Minneapolis," and soon I was sold. I bought the plane tickets, booked a motel that was kind of central to all the things I wanted to do, made one of those Countdown memes and stuck it on my blog, and then started planning. 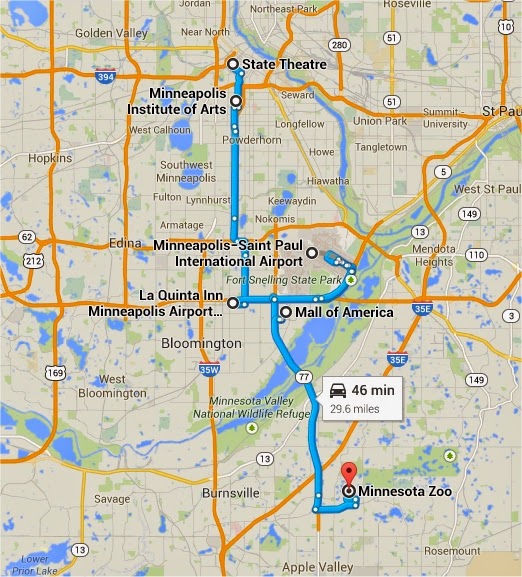 I decided to stay at the La Quinta Inn on Nicollet Avenue, because it is central to the Rifftrax theater and the Minnesota Zoo (which I decided was a must-see), it's near the Mall of America (MoA) and the airport, and LQs have free breakfast. Plus, I've stayed at La Quintas before, and their prices are reasonable.

Looking at MoA's website, I got excited about several attractions, including the Lego Store, Aquarium, Mirror Maze, and the special exhibit Barbie's Dreamhouse Experience. (I am a former Barbie Girl, tyvm.) I concluded I could probably spend a day at the mall. Then a day at the zoo. And a course a day for Rifftrax in the evening, and...? Something. But what?

I jotted a few things that looked interesting: tours on the Mississippi via showboat, a sculpture garden, tours of old houses, a couple of museums... and decided to just wake up each day of my trip and just do whatever I felt like doing.

My trip began on Wednesday, July 9th. I had a mid-afternoon flight, and a whole lot of anxiety. I always freak out right before trips. Why? I don't even know. Once the plane is in the air, I'm good, but that 24 hours before I leave for the airport? I'm hugging my cats like I'll never see them again and asking myself WHYYYY DID YOU DO THIS???

My first flight was okay. Delta has communal video screens, and at one point they played an old episode of Community. Sadly, my headphone port was faulty. Still, I vaguely remembered the episode's plot and was able to sort of follow along. 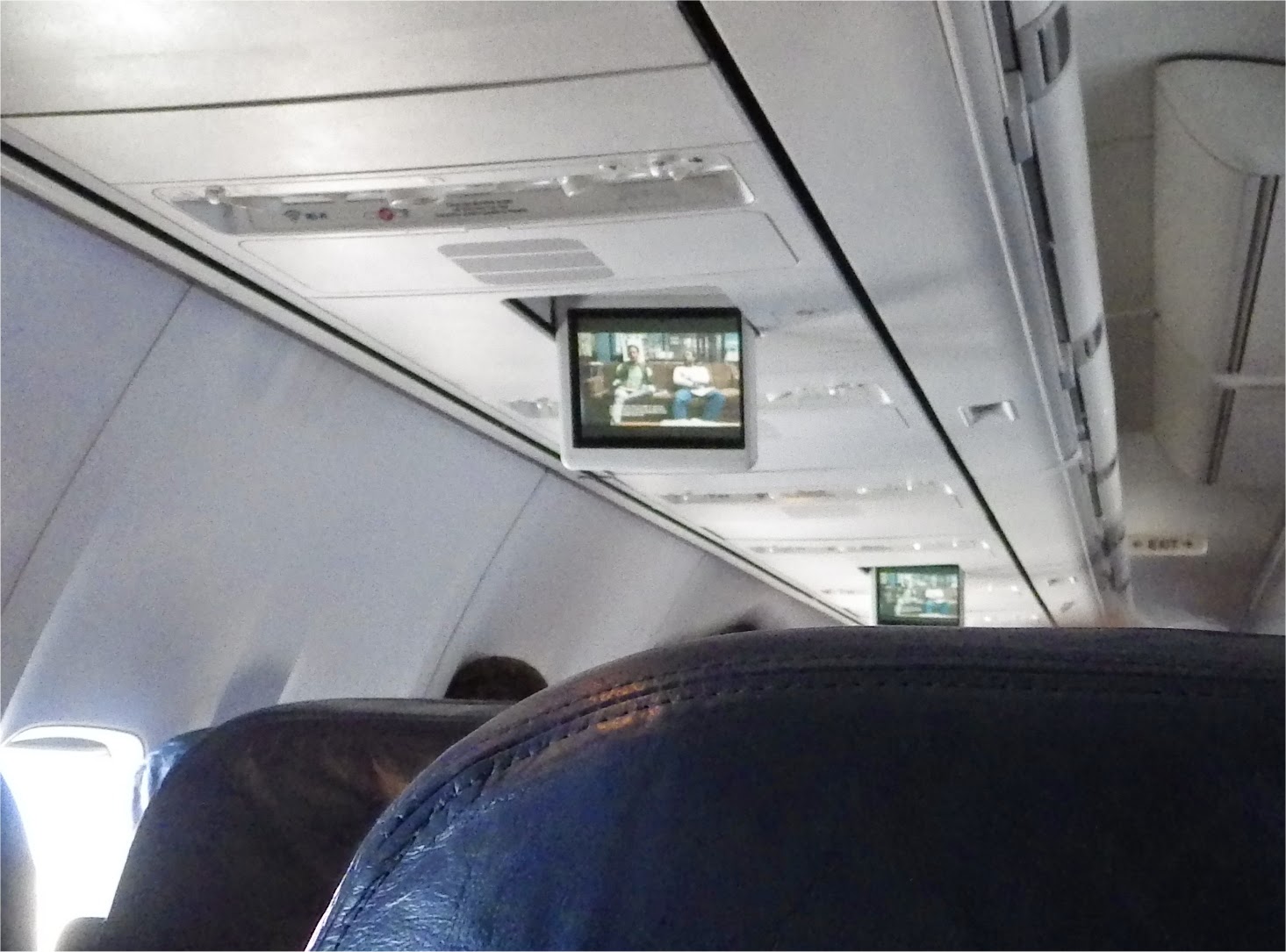 Troy and Abed on an aaaaiiiirplane!

My plane landed in Minneapolis around 9pm midwest time, and I called to make sure a shuttle from LQ was on its way (it was! Hurray for free shuttles!) By 9:30, I was checked in to the motel and standing in my room.

Which reeked of stale smoke. 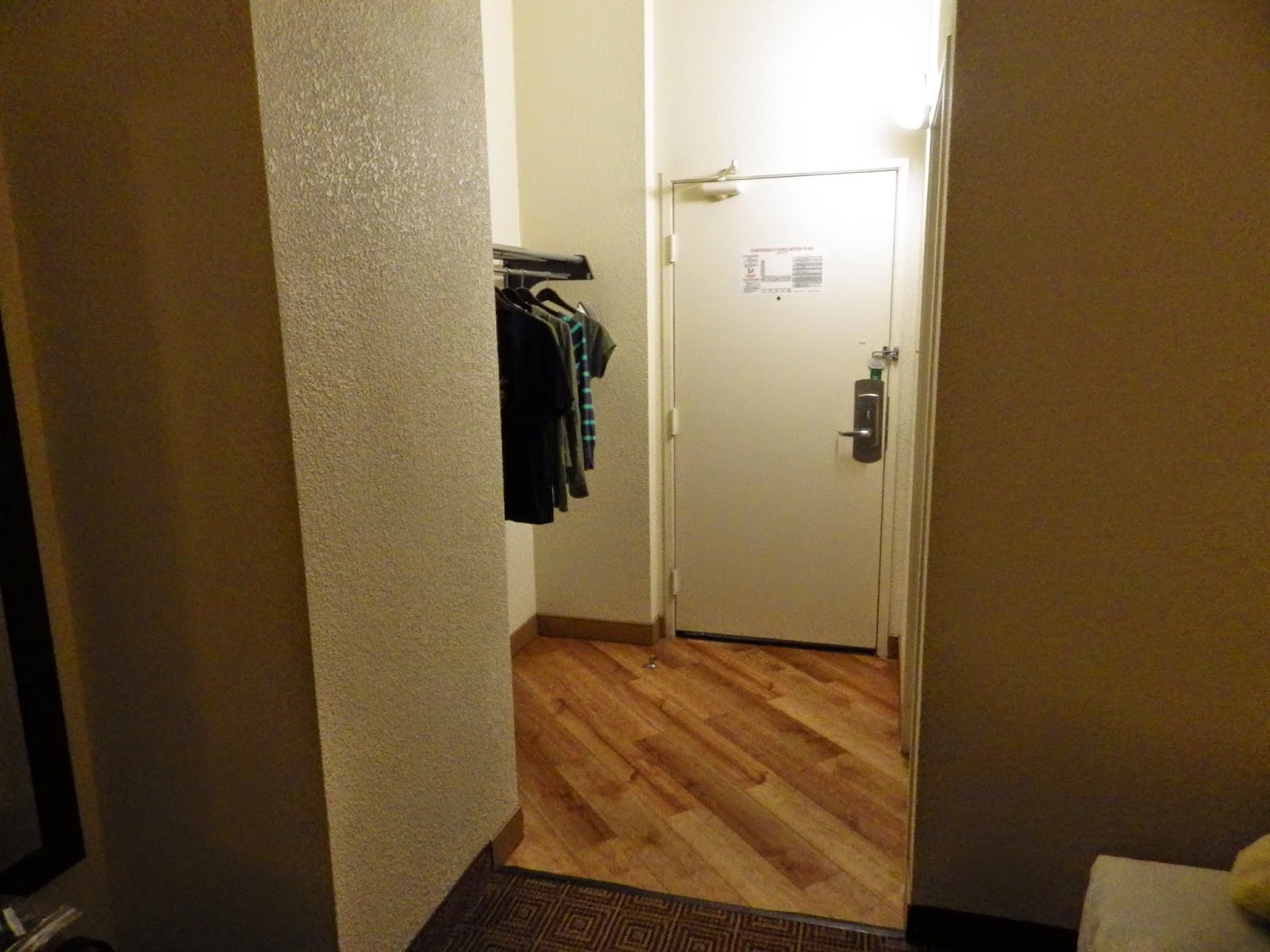 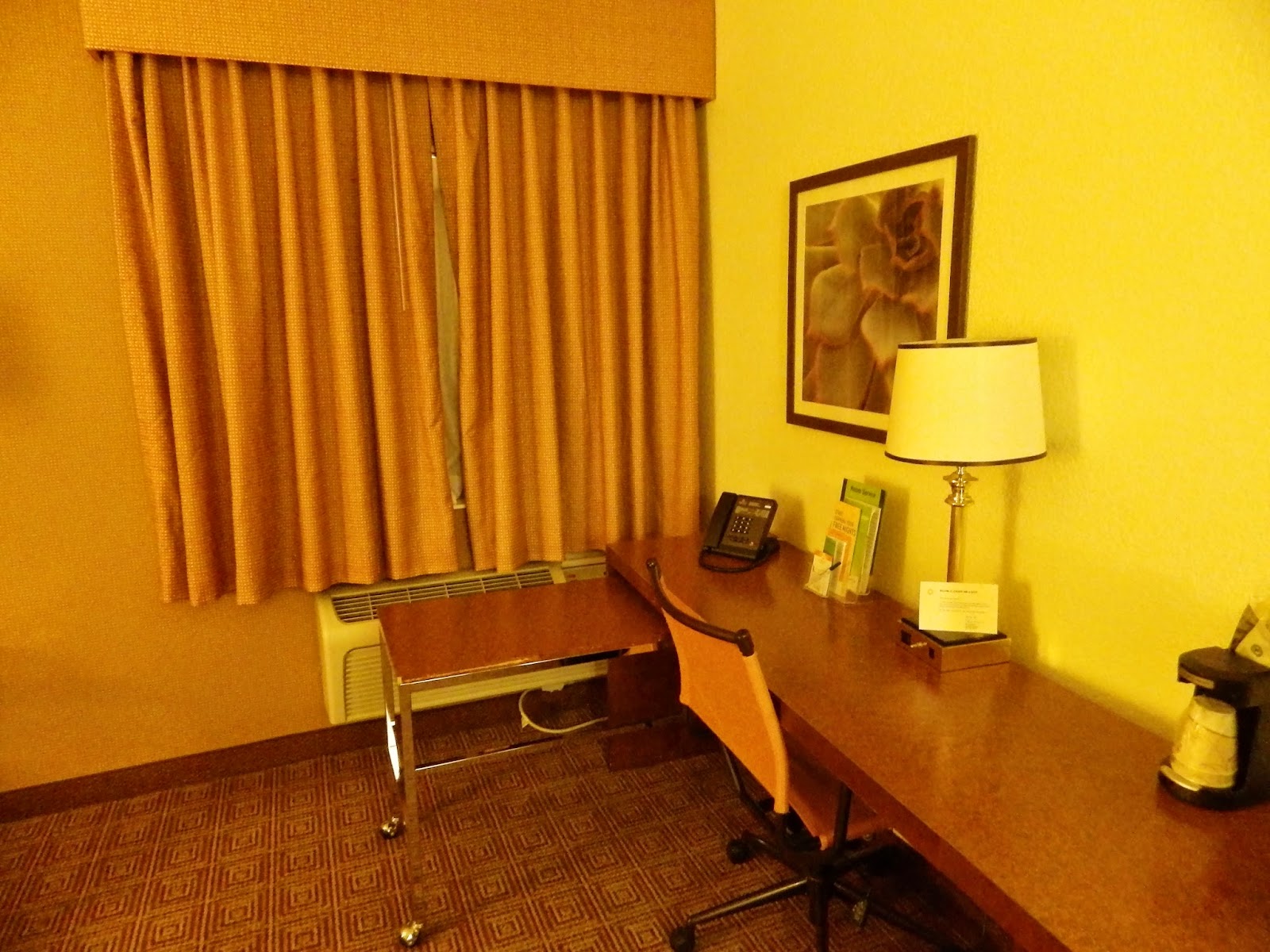 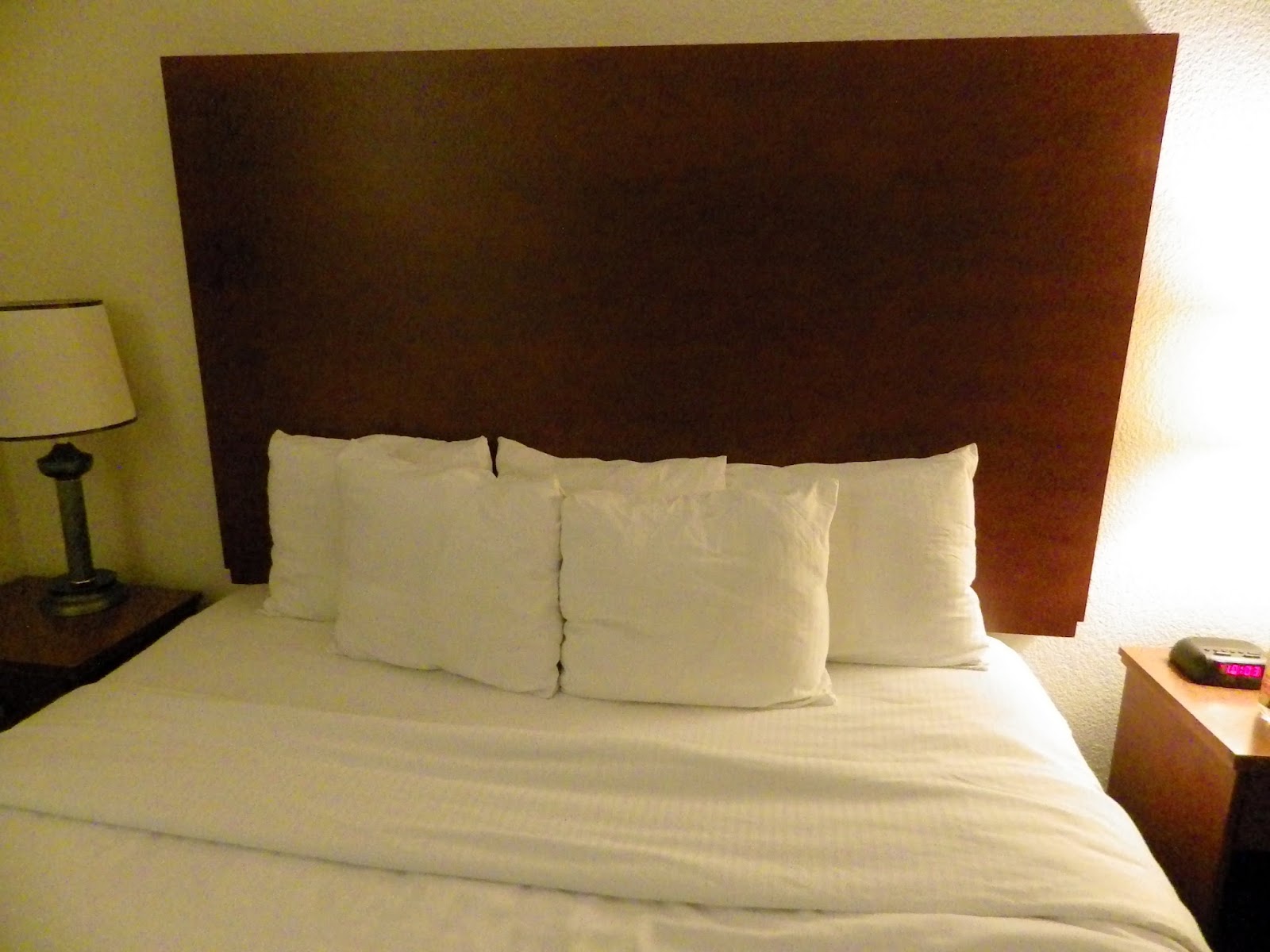 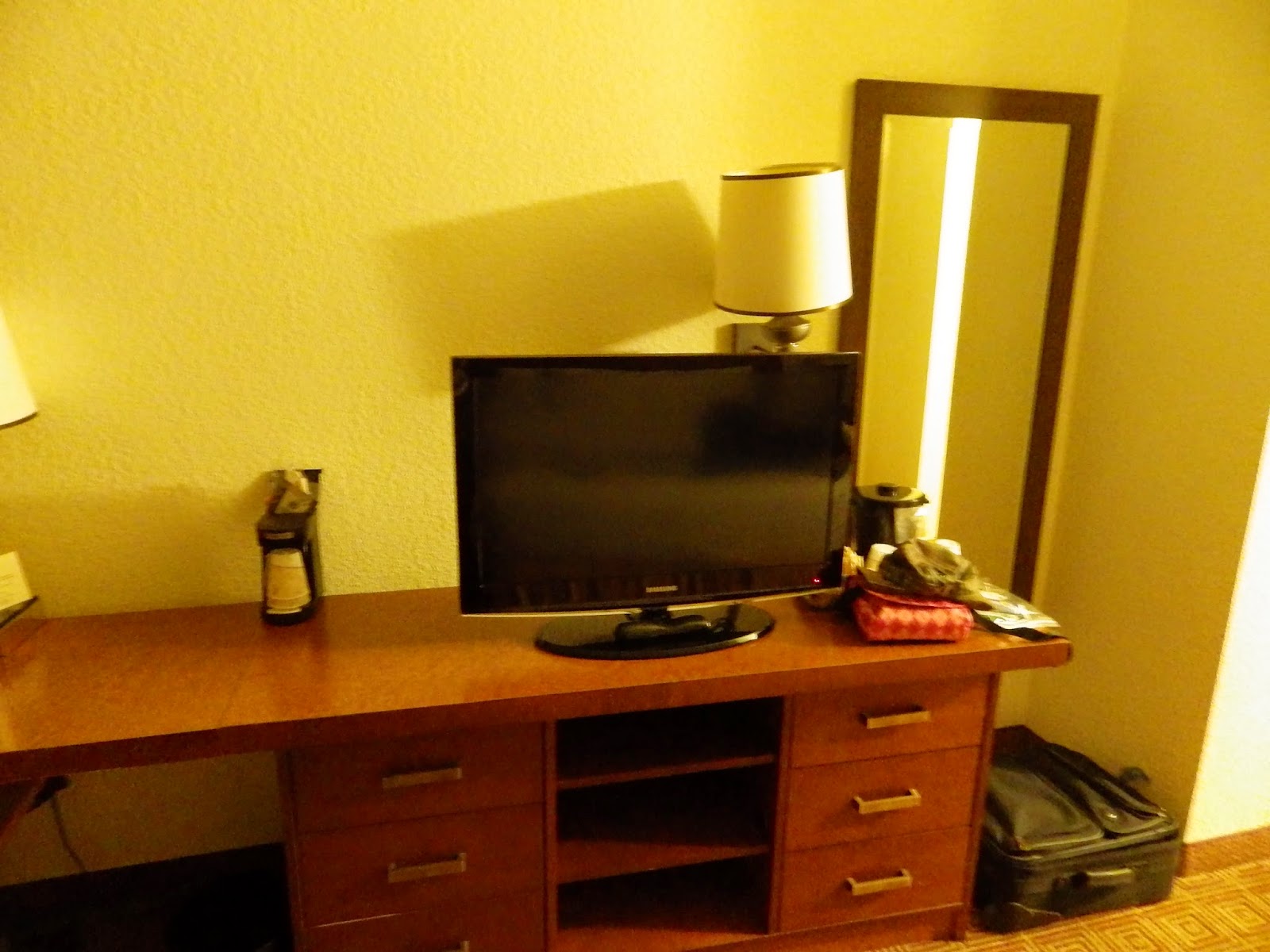 (Side note: my new camera is awesome, except sometimes it turns indoor shots a weird yellowish shade. I'm working on figuring out why. So just... pardon the yellow.)

Still, the room was clean, as Mary Poppins would note, and after opening the window as far as it would go (8 inches) and turning on the AC, the smell seemed to eventually clear, and by my second night there, I wasn't bothered by it at all.

The AC unit, however, proved to be a bit of a problem. It was so hot & humid in Minneapolis that turning on the AC was necessary -- but it kept going off, then on, then off, then on, and it was loud! During the night, whenever it would switch off/on, I'd wake up. (The next three nights I turned my Kindle into a sound machine (thanks free LQ wifi + youtube!) and that helped. I know you care about my sleeping patterns.)

On Thursday, I got up, had the LQ breakfast, then caught the first Mall Of America shuttle from the motel at 10am (it goes to the mall every 2 hours starting at 10; it goes to the airport every hour starting at dawn; now you know.)

Now, let me start by saying I was prepared to not be blown away by the Mall Of America, mostly because I'd already visited the West Edmonton Mall (North America's largest mall, about 25% bigger than the MoA), and had only been mildly impressed by that. But, like I said, I was interested in seeing some of their exclusive attractions, so to the mall I went. And first up? Oh, what do you think?? 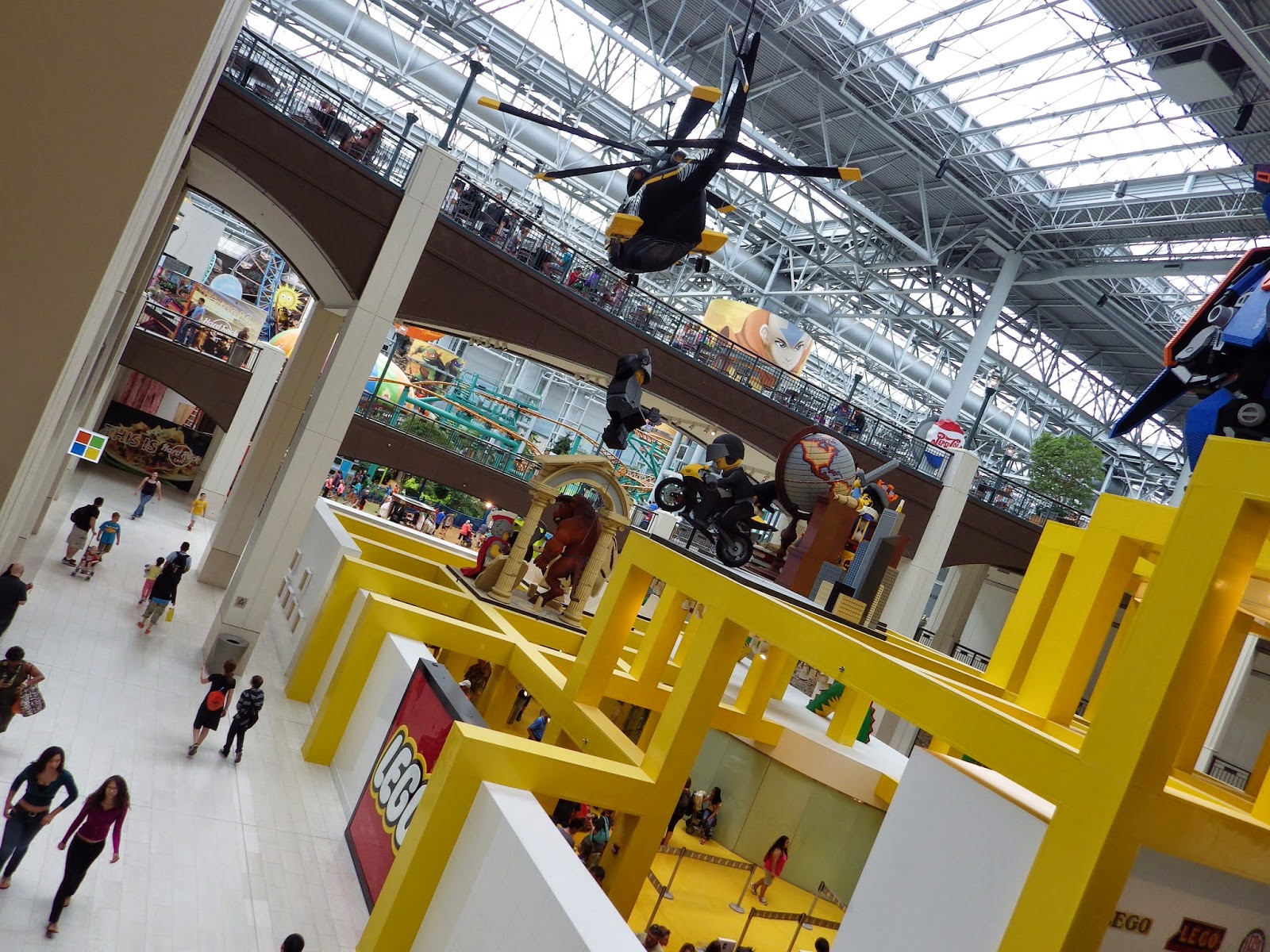 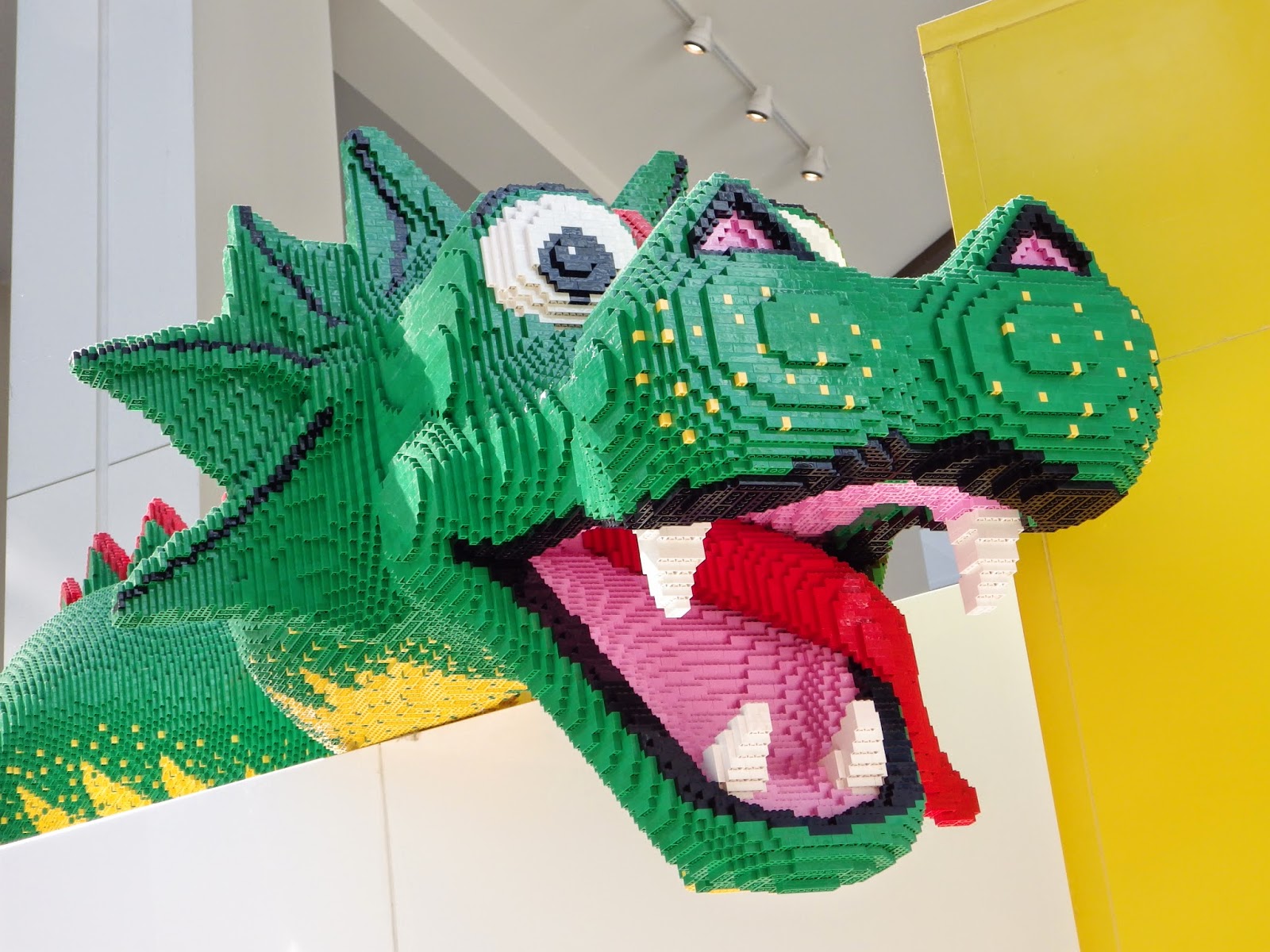 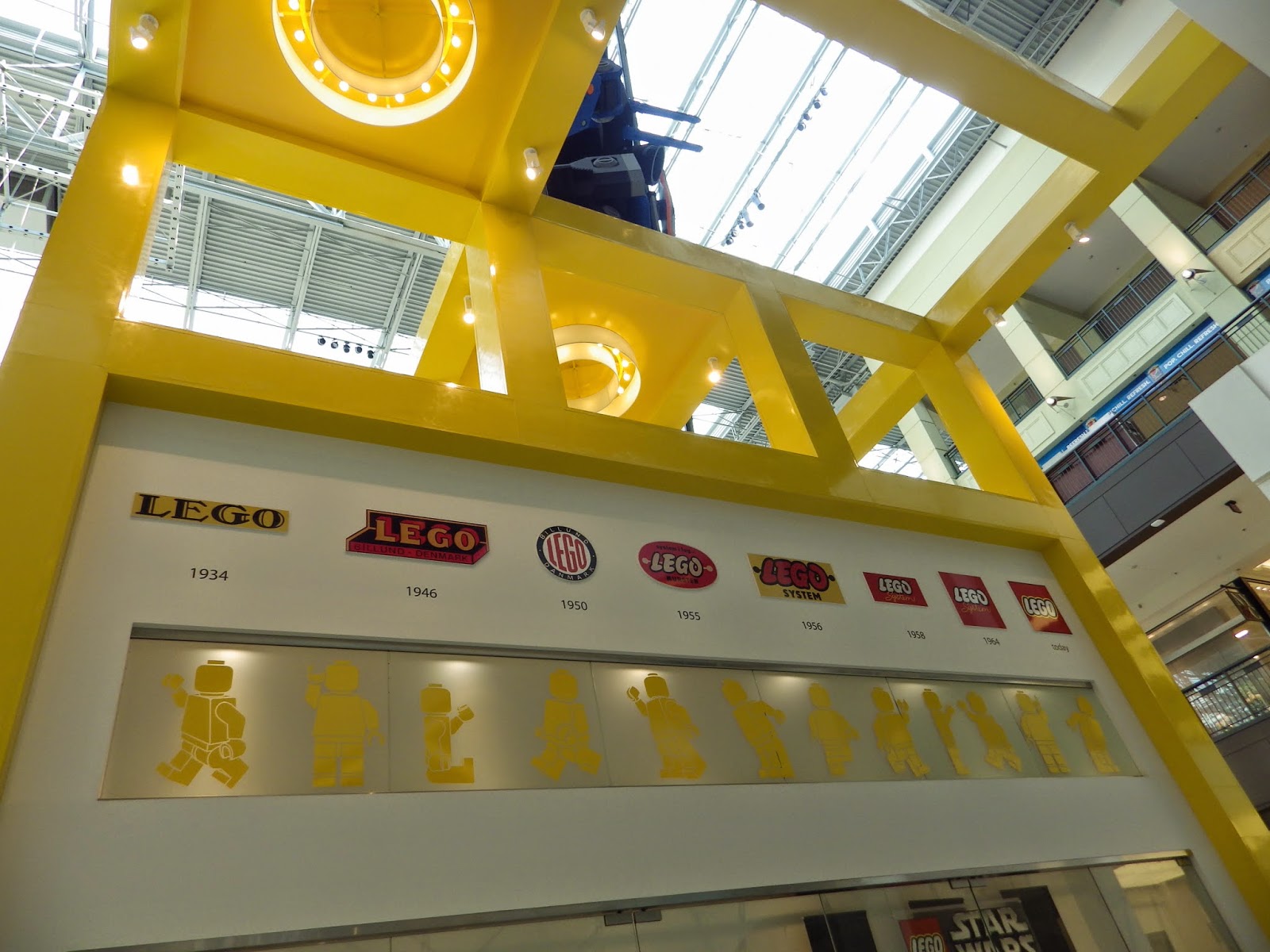 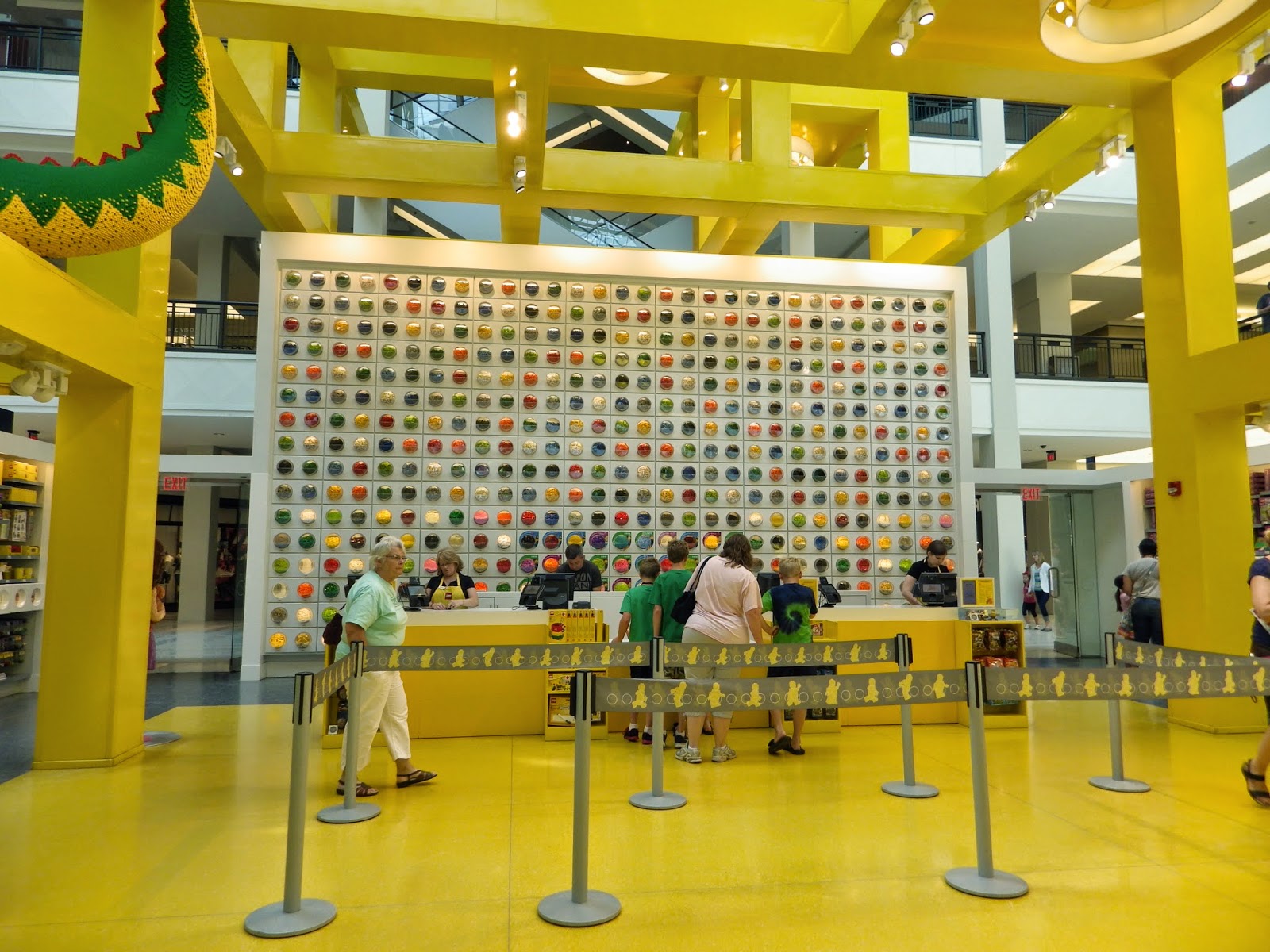 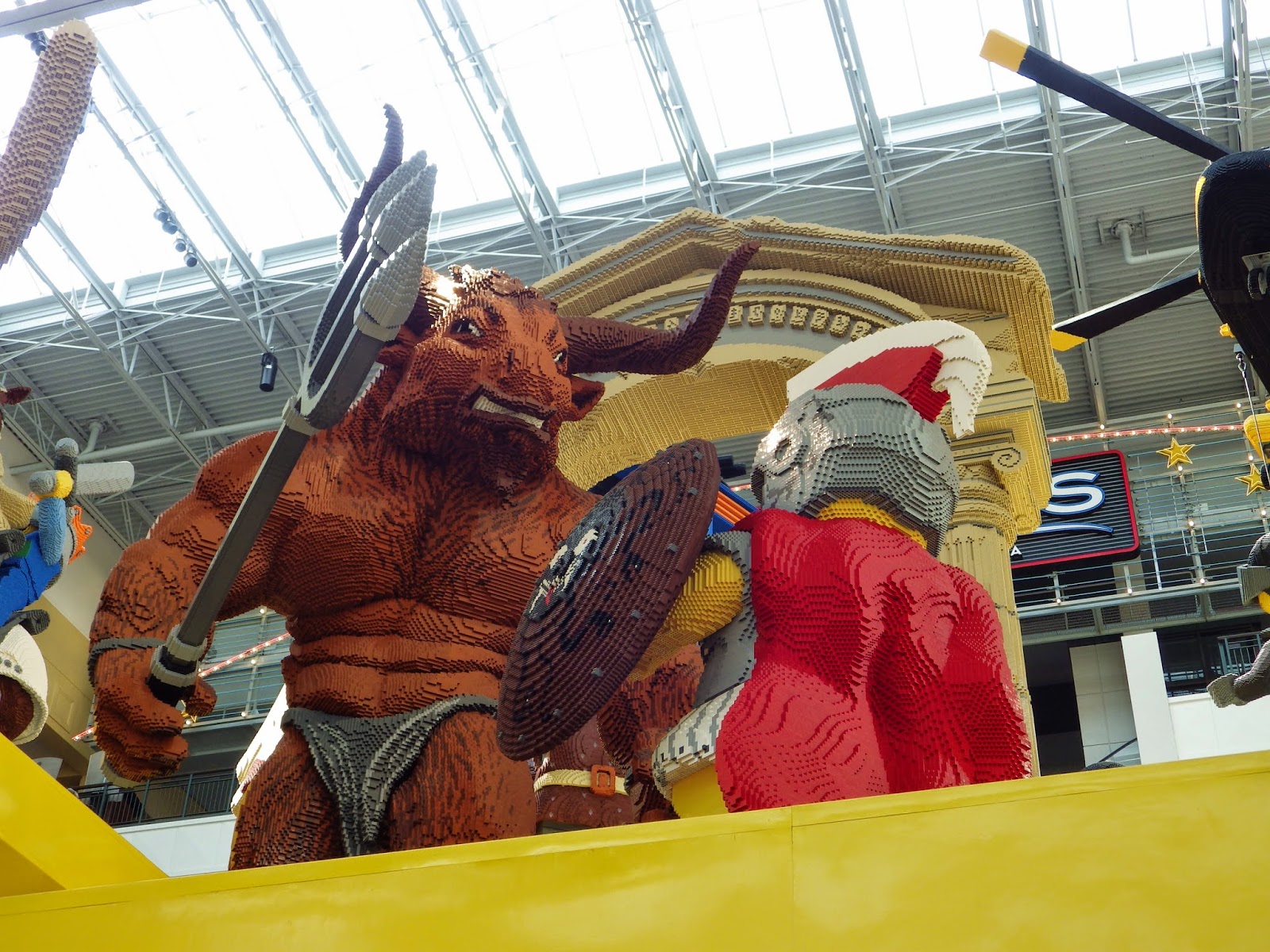 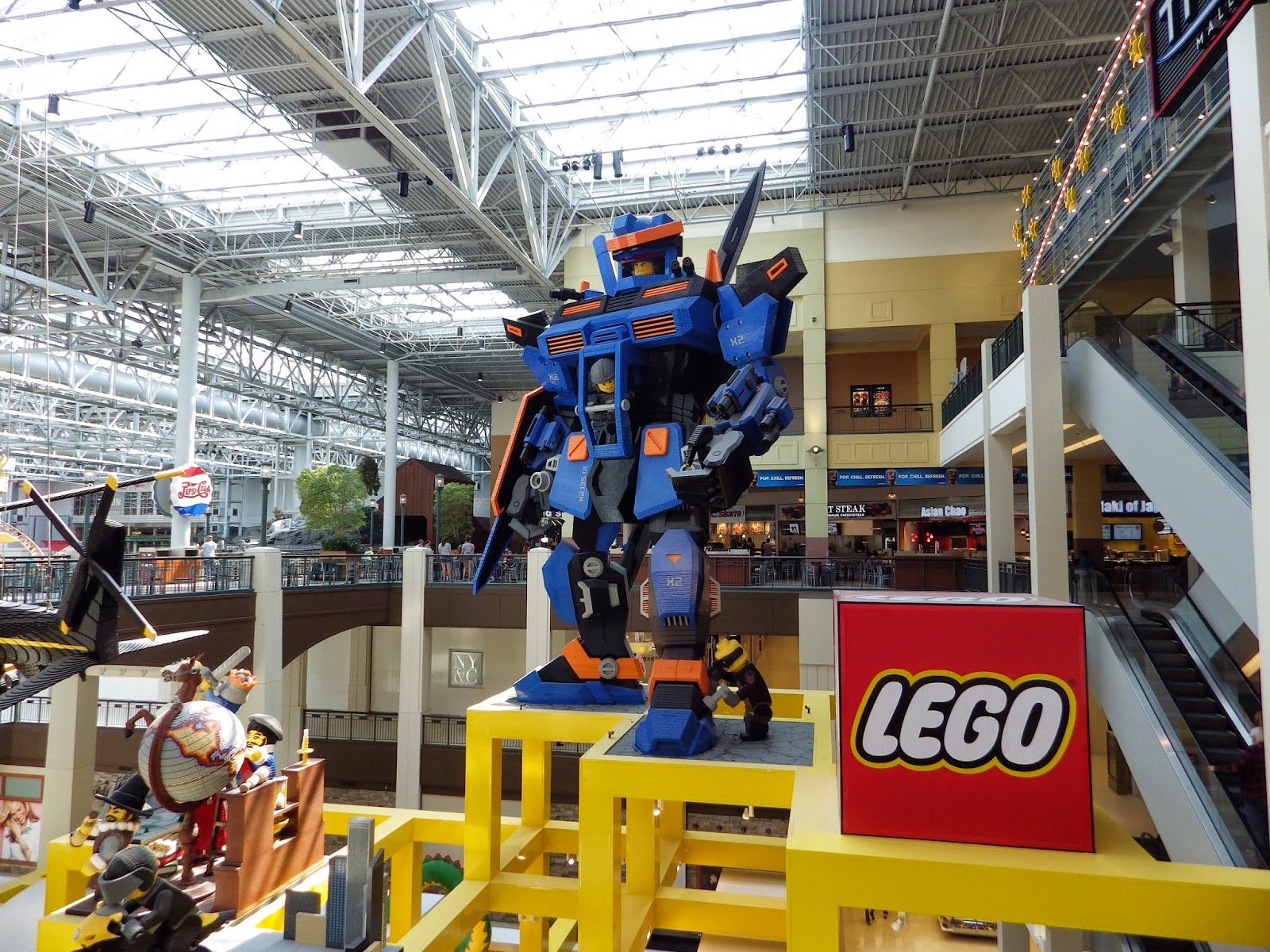 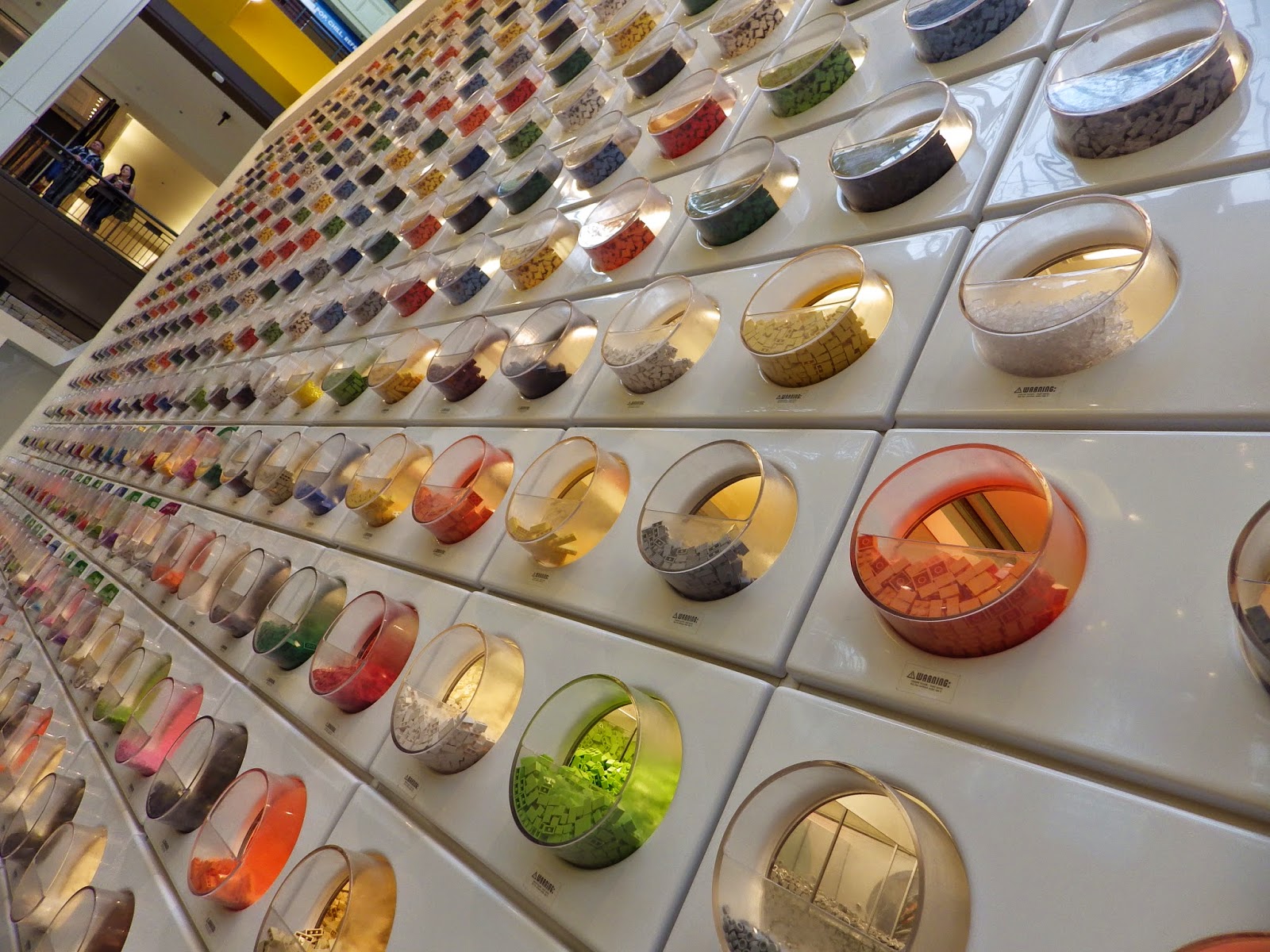 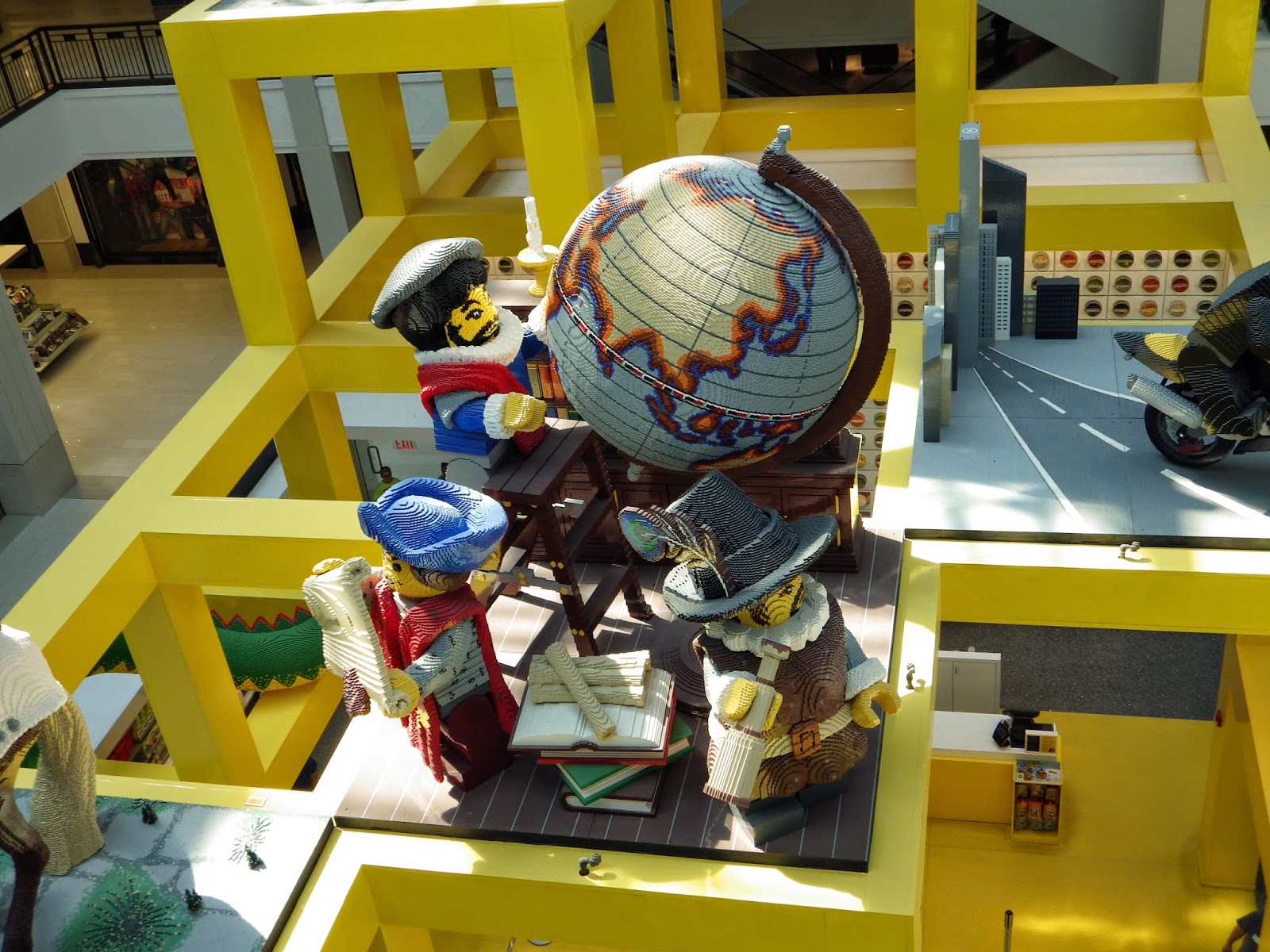 Yep. I went to the Lego Store. And while I was impressed by the sheer size of the pick-a-brick wall, and I enjoyed seeing the large-scale models, when it comes right down to it -- it's just a Lego store. Bigger than the one at our mall, but still, just a Lego Store. They didn't sell anything that you couldn't find at our Lego Store -- they just had more of everything.

So because they had nothing I hadn't seen before, and because Minnesota charges sales tax, and because I knew I'd have to schlep whatever I bought home on a plane, I bought absolutely nothing. Miracle?

So! That was my first day & first morning. Stay tuned for Part 2, in which I visit Barbie's Dreamhouse, go somewhere even cooler than Barbie's Dreamhouse (is that even possible?), and get ready to head toward Downtown Minneapolis for some shark & snark.... 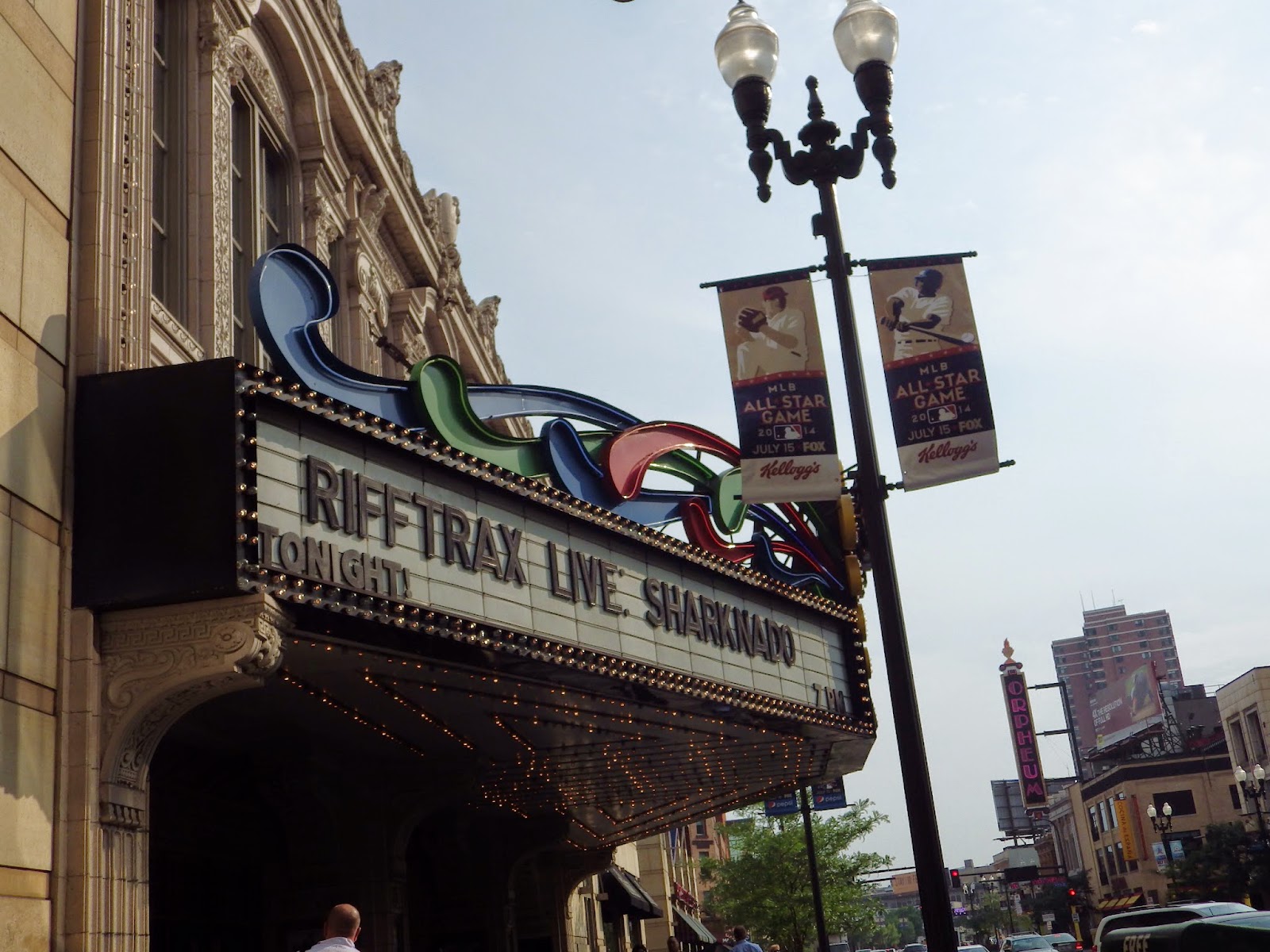