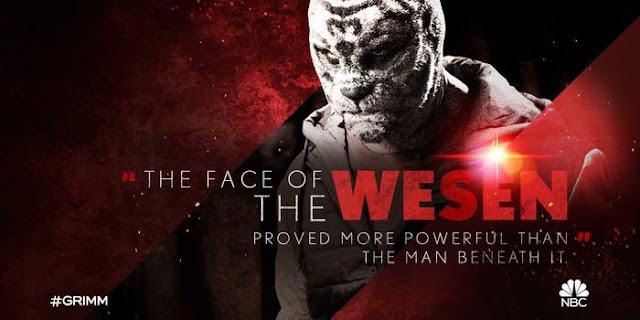 One thing about this extras casting company I belong to... First they send you an email telling you you're being considered for a role on a date in the near future (usually within the week). You declare if you are available, yes or no.

If you get another email that evening or early the next day, it will usually be "You got the job!" and you'll get more details on the booking. If you haven't heard back within 24 hours, you can assume you didn't get it; the email telling you "sorry" typically won't come as quickly (as if you had gotten the job.)

In early December I got one of those sadder emails, telling me the roles had been booked and I could move on with my life. But then, that evening, I got another email, asking if I could be on-call as a backup for the same shoot, the following day. It said I might get a phone call at any time, even at 5 or 6 in the morning.

You may recall how, when I worked on my first Grimm ep, back in 2013, that I wasn't really into the show... I'd only seen a few episodes. That has changed, though... I've now seen many episodes, and I really do enjoy the show. I especially enjoy David Giuntoli. He's so dreamy!

The bad news about THIS particular shoot was that (as I quickly discovered) David and the other regular castmembers were not on set and had nothing to do with the scenes being filmed. Instead, we got a couple of guest stars... one of whom I'm sure is wesen. Er, playing a wesen.

We convened in Northish Portland and were bused (on school buses, no less) to the filming location, at the University of Portland. They had huge white tents set up, with generators and heaters to keep us warm (and keep us slightly meh, thanks to the diesel smell.) They'd laid some kind of material, like a carpet made of artificial turf, on the ground. Since it had been raining (and still was) the ground was wet, which made the carpet wet, and mud seeped in through the gaps. Still, we stayed warm and mostly dry.

The scenes we shot that day (two wrestling matches) required around 200 extras to fill the stands and act as fans. Since we were all packed into one holding tent, it was pretty crowded and difficult to move around. After going through wardrobe, passing hair and makeup ("you look fine" -- that's a new one), and changing clothes, I managed to snag an empty chair and found myself at a table of snobby girls straight out of a junior high cafeteria. The things I heard escape their lips that day, I'm surprised they didn't straight up tell me I couldn't sit at their table. Instead they mostly ignored me, and I read the novel I'd brought and tried to ignore them. (I could have moved, but that place was so crowded... and pack o' Bingley Sisters aside, it was a nice spot.)

Apologies if I can never keep Catering and Craft Services straight, but... one of them... had set up a nice table full of fruits and cheeses and other snacks, which they kept stocked and tidy throughout the day. One thing I've learned (and I'm not even beginning to suggest I know a lot, but I've learned some) is that if they feed you? You should eat. Hunger leads to crankiness. Long and repetitive takes lead to crankiness. Eat whenever you can.

While we were waiting to go on set, nearly everyone was given props to take into the "wrestling match." Some people were handed bags of popcorn; others, drink cups; others, pompoms or those giant hands. I got 2 skinny, red balloon-like things, which could be waved or banged together. They had to be inflated, and between the time they handed those balloon things out to people and the time walked on set, several people had managed to pop theirs. One of mine deflated.

The wrestling match scenes took many hours to film... but luckily, most of us got to sit in bleachers. Some people had to stand though, and that would've sucked. There were a couple ladies who had to play dancers, and their outfits were "bathing-suit" levels of revealing... again, glad that wasn't me.

So what did we do all day? We listened for our cues, and then we cheered. We had to react to the "wrestling match"(es) we were seeing. Sometimes we had to act surprised. Or happy. Or ecstatic. We had to wave our props around and act like we were having the time of our lives. 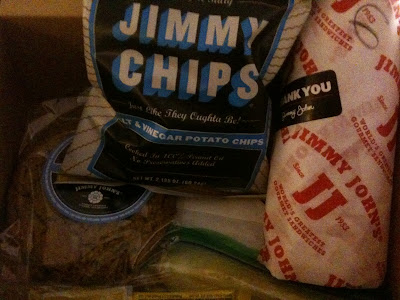 Not too long afterward, we wrapped the scenes in the wrestling arena. They did some close-up shots of one of the bleacher sections (not mine), and, soon after, sent about half of the extras home for the night.

I got to stay for one more scene, an outdoor establishing shot, where the wrestling fans are waiting to go into the venue. One of the extras pointed out (and I'd been thinking this too) that this scene was going to look unrealistic, because nobody was holding their phones or looking at their phones, as people would do in real life. Oh well!

It was all over about 10:45pm. We got checked out, piled back on the yellow school buses, and were taken back to our cars.

A fun day. Lots of sitting, so not too exhausting. It was nice getting to do a couple of long scenes, but a little disappointing to not see any main cast members. Oh well.

The episode in should air sometime in early 2016 and is titled "Silence Of The Slams."


(ETA: The episode aired March 18, 2016, and even though both of the wrestling scenes were in the episode, I couldn't find myself anywhere. Too many people, not-ideal lighting, etc.)