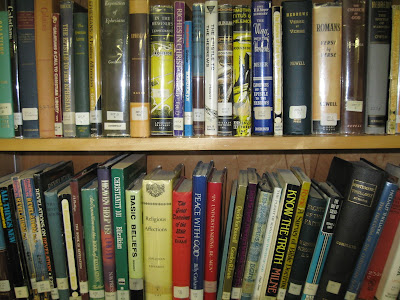 The church I grew up at had a library tucked away in a room below the sanctuary. Established in the 50s, this library became home to a large, glorious mishmash of study guides, Amish romances, missionary biographies, concordances, Jesus pop-up books, and everything in between.

As a fan of vintage books, I loved hanging out at this library. Sometimes I read the books, sure. I also enjoyed playing "guess the copyright date." It may sound nerdy, but you'd be surprised how amusing this game can be... if you're me.

Another fun game? "Guess the last time this book was checked out." 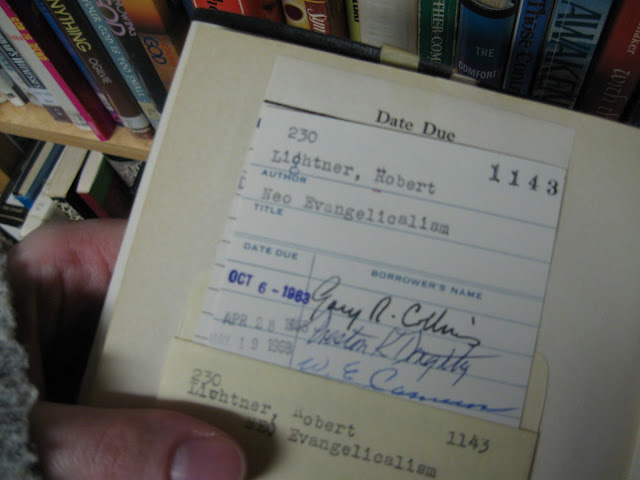 Poor book's been sitting on the shelves since the LBJ presidency!

Once bustling, by the turn of the 21st century, most folks seemed to forget all about the ol' library. Each week, just a handful of loyal patrons would visit, to return a book and pick up something new.

I figured the library's days were numbered, and it turns out I was right.

Last year, the new(ish) pastor came swooping in and selectively removed about a thousand books, had them boxed, and turned them over to some loyal church members to sell over two consecutive weekends in March.

I went to that sale.

And I took photos.

So just what kinds of books met with the pastor's disapproval, and were expunged from the church library? Let's take a look. 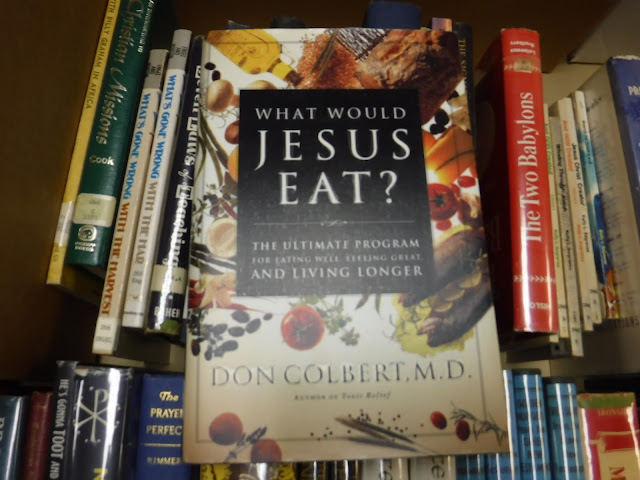 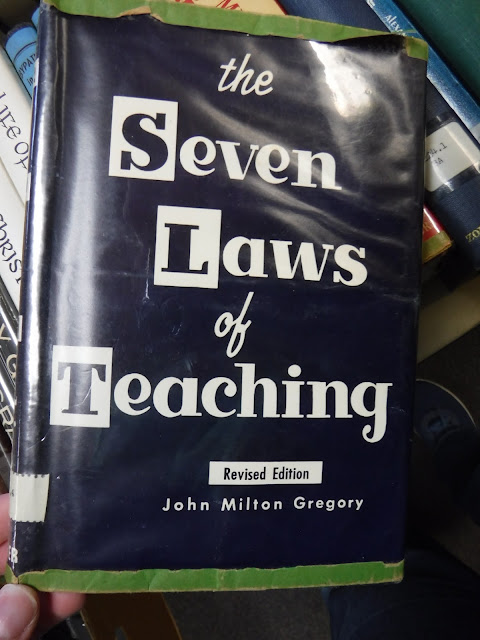 I really feel a little more effort could have gone into this cover. Ransom Note Font should look more like:

Yes. Thank you, Ransomizer. I approve. 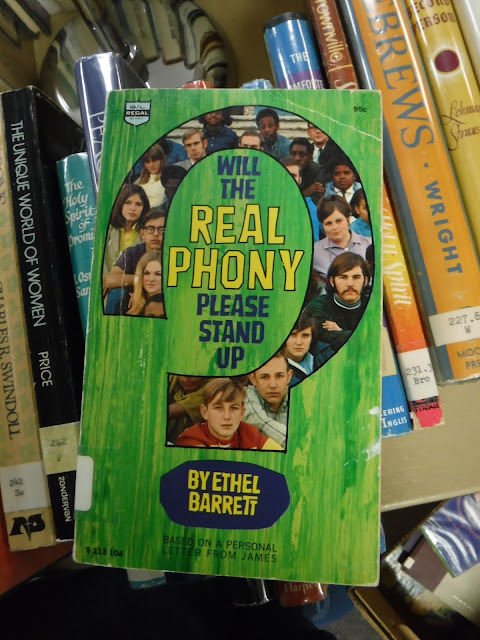 I've got my eye on you, mustachioed Steve Jobs. 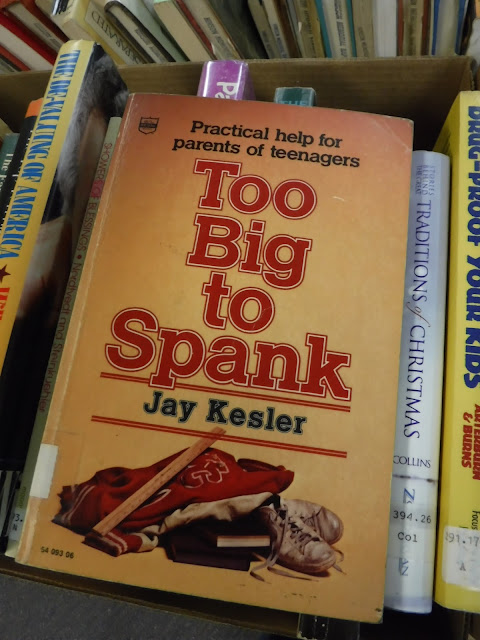 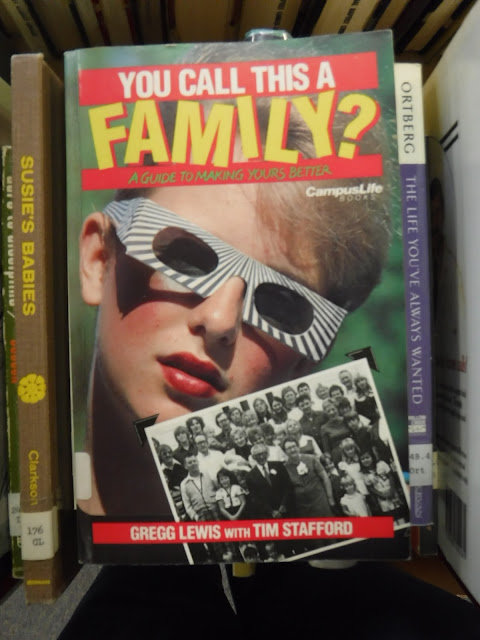 Parenting 80s teenagers, with their spiky hair and 3D sunglasses, couldn't have been easy. 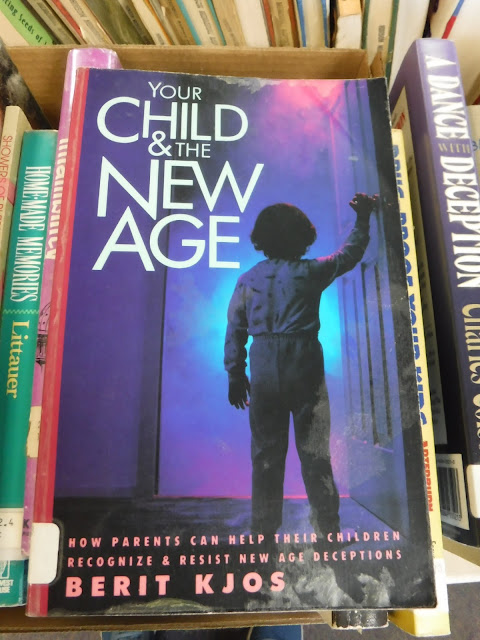 Don't go into the light, Tommy!

Meanwhile, some disembodied heads go for a float.... 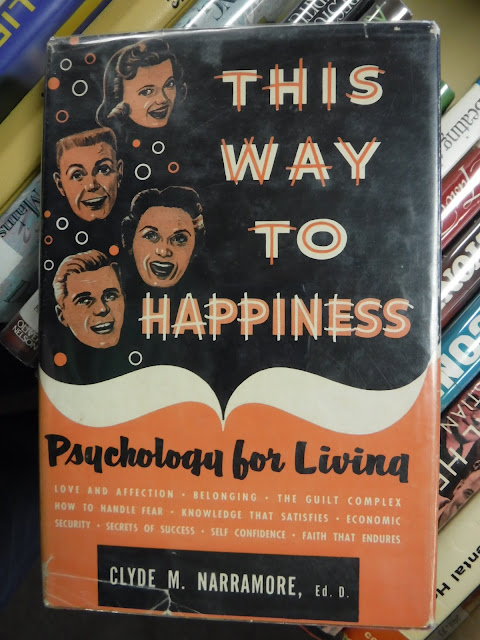 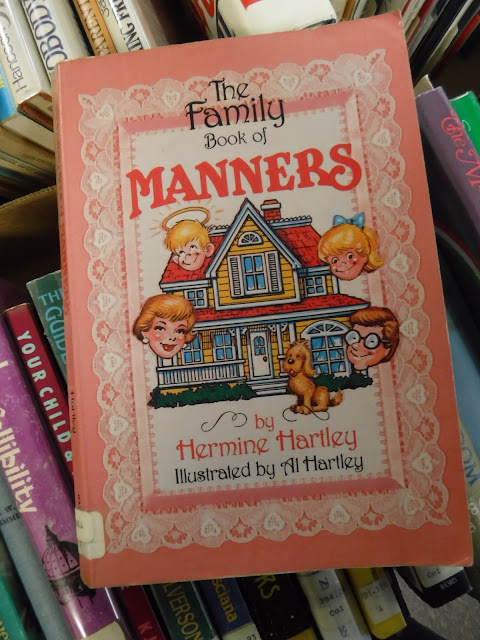 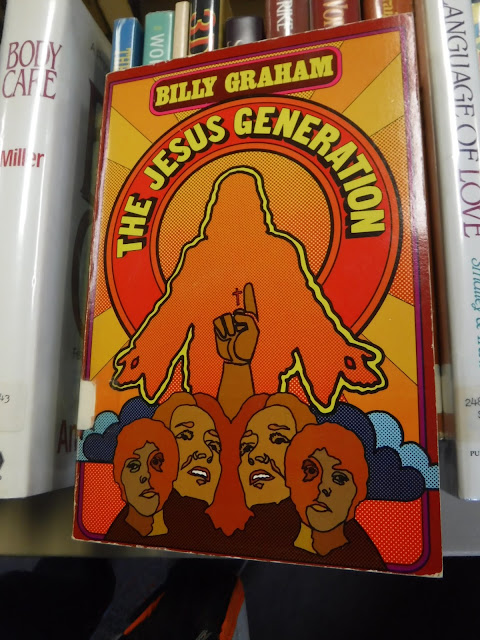 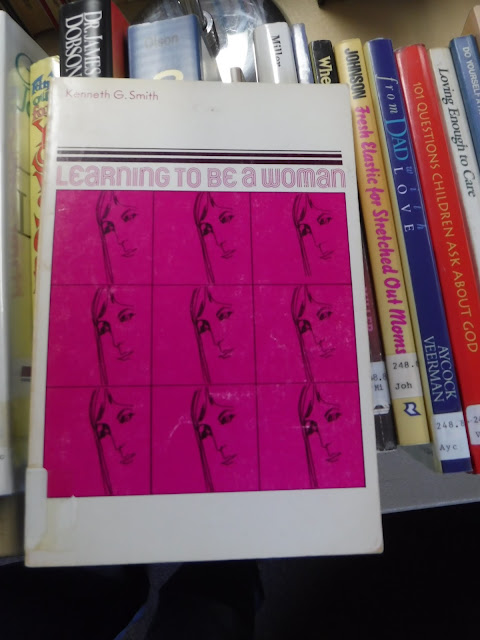 Hey, Kenneth G. Smith... I'm not trying to make assumptions here, but I would like to see your credentials.... 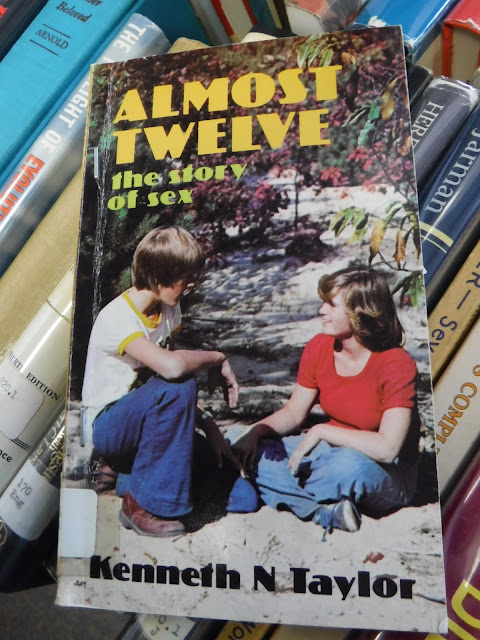 This is one of those "everything (except the really juicy parts, because this is church) you need to know about puberty" books. Which the kids on the cover should've probably been given, like, 3 years ago. 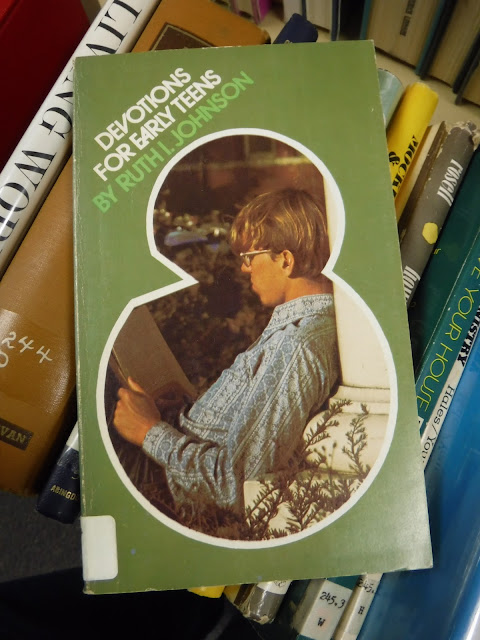 "They told me these devotions were for twentysomethings, like me! Now I feel stupid." 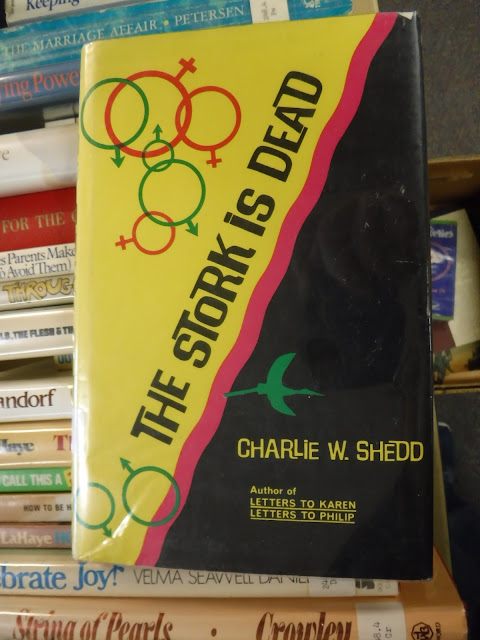 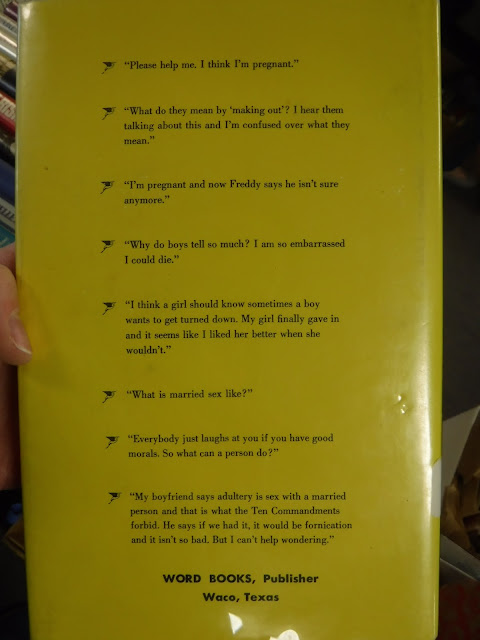 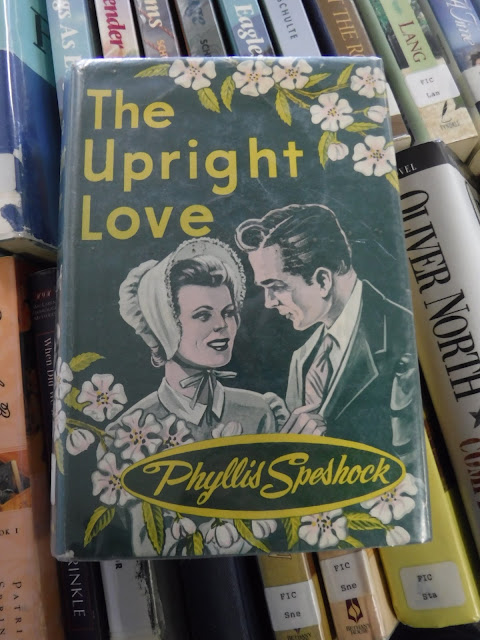 Upright love is the only way. Can you even imagine bonnet lady saying, "I'm pregnant and now Freddy says he isn't sure anymore"? No. Of course not. Bonnet lady knows what "making out" is, but she'll never tell! 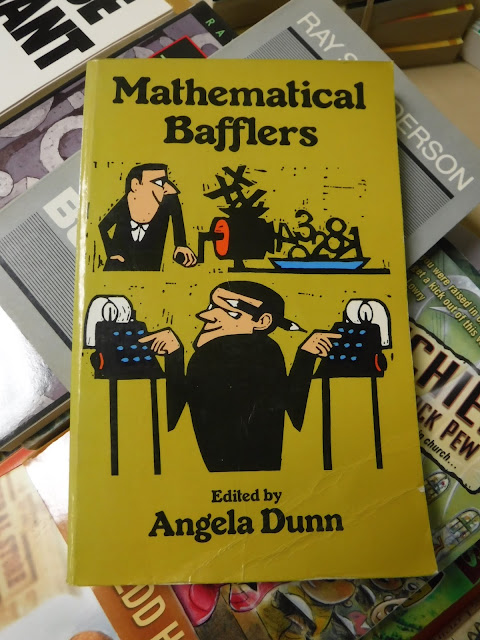 I think this one might have slipped into the sale via a donation, but you're in luck, I'm posting it anyway! 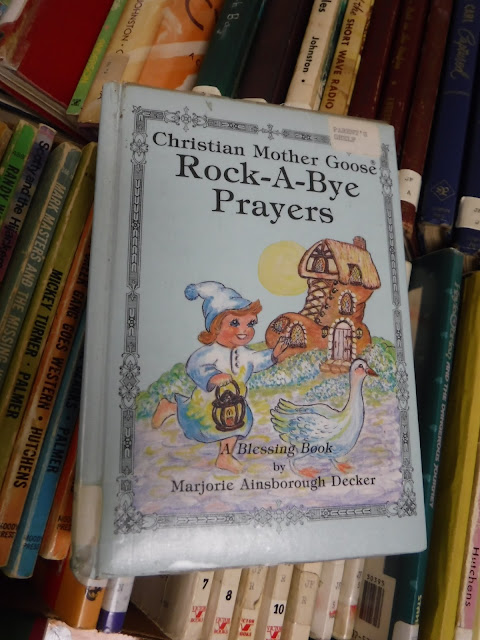 Please. Mother Goose ain't no fool. She knows it's no "blessing" to be chased through the village by a crazy-eyed Wee Willie Winkie. But take heart -- mere seconds from now, she's going to turn and give that boy a two-winged beatdown, and all of the Old Woman In A Shoe's kids are gonna come out and watch! 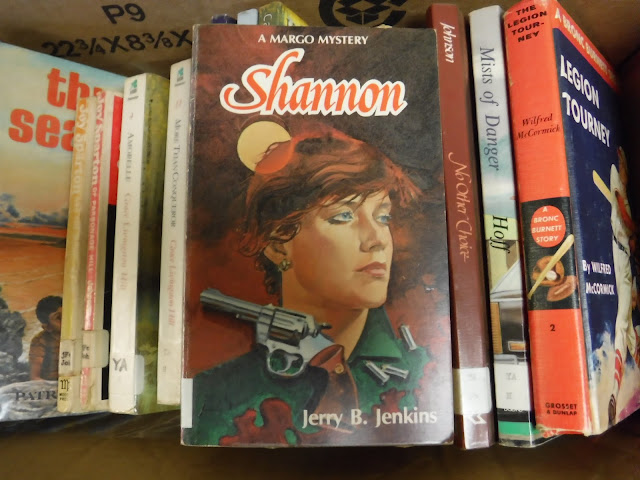 Shannon's gonna watch, too. It be a full moon, y'all.

And speaking of crazy eyes... 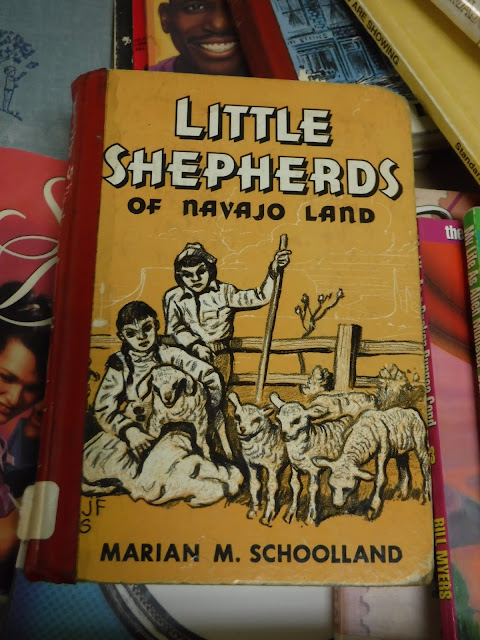 Those sheep will haunt my dreams, I'm sure. 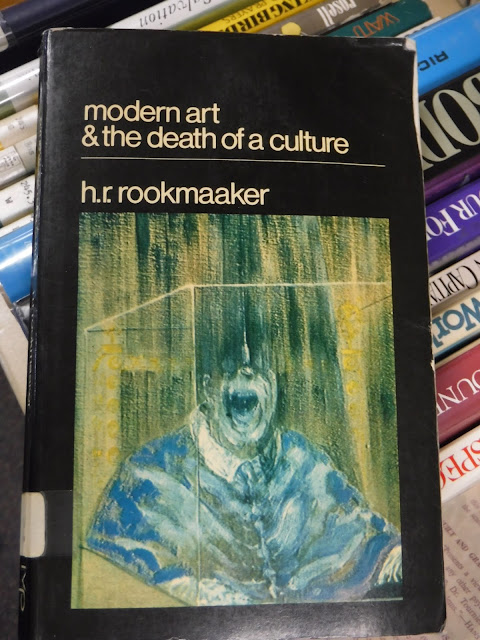 Okay, now I'm thinking the pastor might've been rather wise in some of his choices. 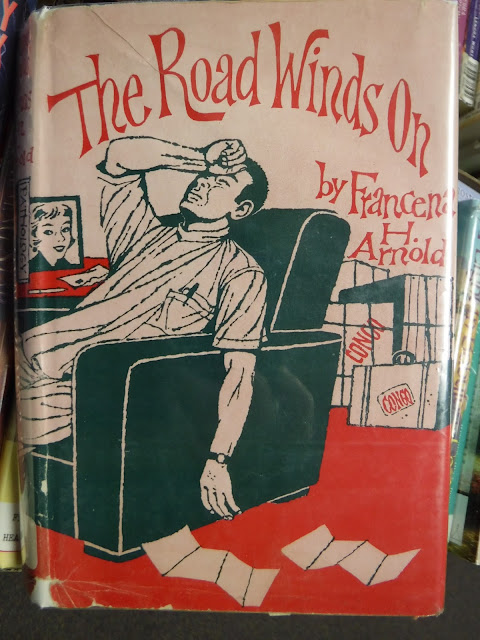 Library liquidation: It's a tough job, but somebody's gotta to do it.

(Liked this? You might also enjoy this post: 11 Goofy, Creepy, Strange, Disturbing And/Or Mildly Unsettling Vintage Books For Young'uns)