When I was 15 years old, I discovered pop music... 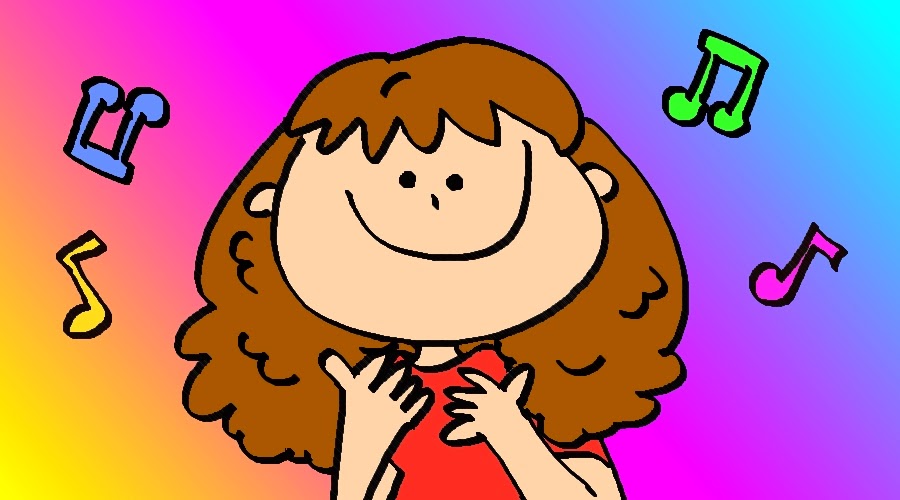 As a wee lass, I lived in a world mostly devoid of pop. My parents didn't listen to it. If the radio was ever on, it was usually tuned to an oldies station... and not even the kind of oldies station that played The Beatles and stuff like that... no, the kind that played dentist office music, as I called it. 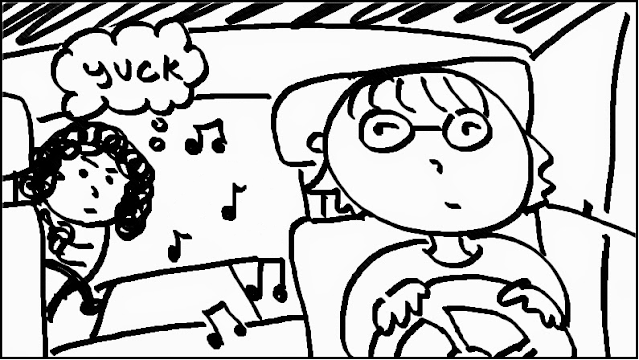 We owned a record player and a tape deck, but aside from a few "Wee Sing" tapes, none of the music was really mine. I grew up listening to my parents' music -- the folk, the gospel, the Streisand. I knew the words to a dozen show tunes. And if ever there was a song that was sung way back when on the prairie, I probably knew it... and all its verses. 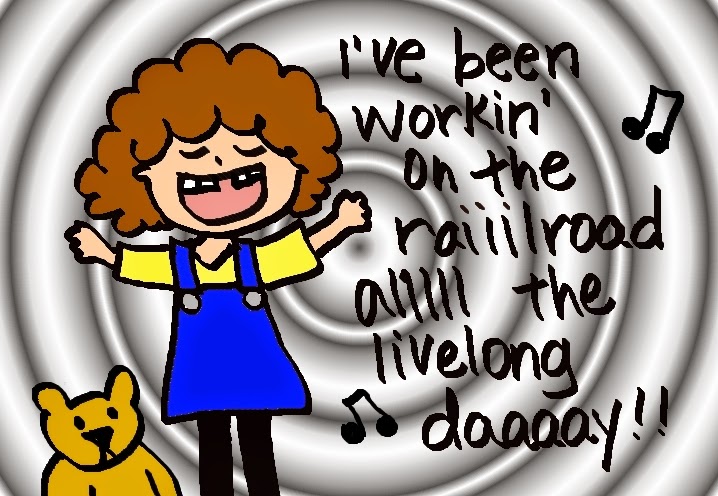 Sure, I was aware of pop music. Sometimes I'd hear it at friends' house, or when we went to the skate rink. If a song was really popular among the other kids, I usually knew about it. In fourth grade, I could name all the members of New Kids On The Block, not because I listened to their music... because my cousin loved them and taught me all she could. I knew about Counting Crows thanks to Full House. I was cognizant of Nirvana and Pearl Jam because kids at school talked about them.

But when I was fifteen, something snapped. 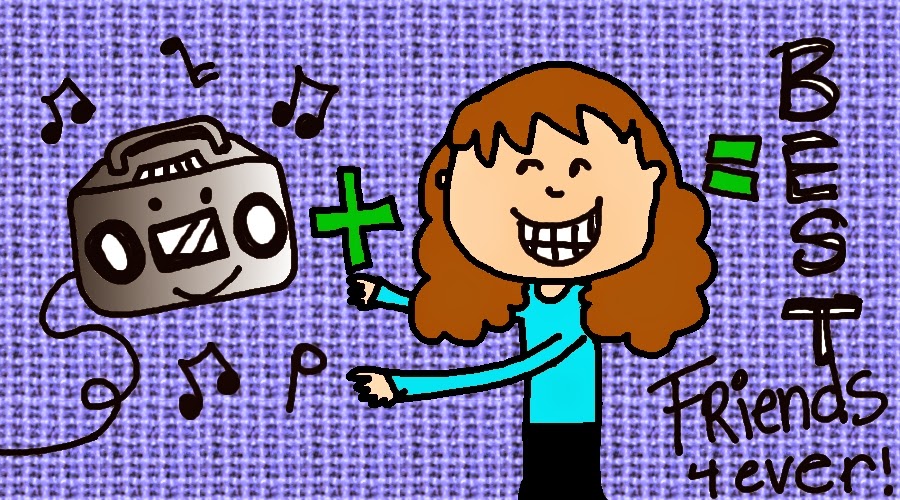 My sophomore year of high school, I was at home sans parents more often than ever before, and I began listening to the radio on my own. I started with the semi-cool oldies station, because many of the songs were at least mildly familiar to me, having heard them in movies and commercials. After a few months of listening to oldies, I began tuning to Z100, our go-to station for all the hit pop songs of the day. When Z100 went to commercials, I'd switch to 106.7 for soft rock. And when I became friends with a girl who loved country music, I started listening to country, too.

My mix tapes from 1996 would give you a good sampling of the kind of things that I enjoyed listening to back then.  I was so proud of my ability to make mix tapes. I didn't even know they were a thing that other people did... I just knew that if I hit "record" on the tape player while a song was playing on the radio, the music went onto the tape forever. If I liked a song very much, I'd let it find its way onto multiple tapes. Then I could take those tapes anywhere I wanted and listen to them with my Walkman. 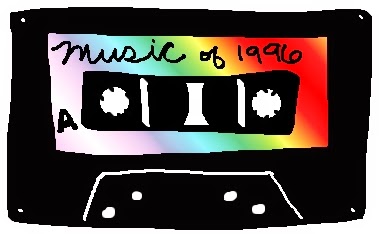 And so, within months, I went from not caring much about popular music to wanting to listen to it whenever and wherever and however I could.

When I think back on those days, it occurs to me that my sudden, intense love for pop music (and to some extent, my love for country and soft rock) wasn't just about the music. There was something else. Something that only radio (and maybe MTV, which we didn't have anyway) could give me at that time....

*If I knew the popular songs, I'd have something to talk about with other kids at school (and/or not sound like an idiot.)

*If I listened to the DJs talk, I could find out what things were currently happening in the world of entertainment, and learn which artists were cool.

*If I paid attention to the lyrics of the songs, I might just stumble upon some hidden gem of knowledge that my parents were keeping from me. (A nice thought, but it turns out I didn't understand what 1/4 of the lyrics really meant anyway, and wouldn't figure out most them until my 20's; thank you, Internet!)

Besides those things, pop music was something that the other members of my family weren't familiar with... this was something all my own. My parents were stuck in the 70s, music-wise. My younger brother eventually became a fan of heavy metal and alt rock, but circa 1996, he didn't appear too interested in the music I loved. So this was something that was mine. As a teenager struggling to find my place in my family, school, and world, I needed things of my own, or at least things that felt like they were my own.

Nowadays, I hardly ever listen to pop music, I dislike modern country music, and my favorite genres are actually Classical and 80's Rock. Funny how things can change. But just because my tastes run a little different, now, doesn't mean I don't like to occasionally listen to music from "the good old days."

Today I happen to be poring over the Top 100 Billboard Songs From 1996. Join me as I reminisce!

#1 On The Charts That Year: Macarena (Bayside Boys Mix) - Los Del Rio
Friggin Macarena. Okay, so I knew the dance, but only because if you didn't know the Macarena, you were nothing.

#3: Because You Loved Me - Celine Dion
Celion Dion, then known to me merely as The Other Lady Who Sang "Beauty & The Beast," was a Z100 staple that spring. The movie Up Close & Personal came out in March, and that song was its anthem. Two years later, we would be inundated with My Heart Will Go On.

#4: Nobody Knows - The Tony Rich Project
This was one of the first songs I ever put onto a mix tape, so I listened to it many times that year.

#5: Always Be My Baby - Mariah Carey
I loved Mariah Carey's voice and her music back then. But it occurs to me now that a lot of her songs have really great intros/beginnings... and then sort of go south. Oh well... the lady can sing!

#8: I Love You Always Forever - Donna Lewis
Notable because I could not get enough of this song in the summer of 1996. 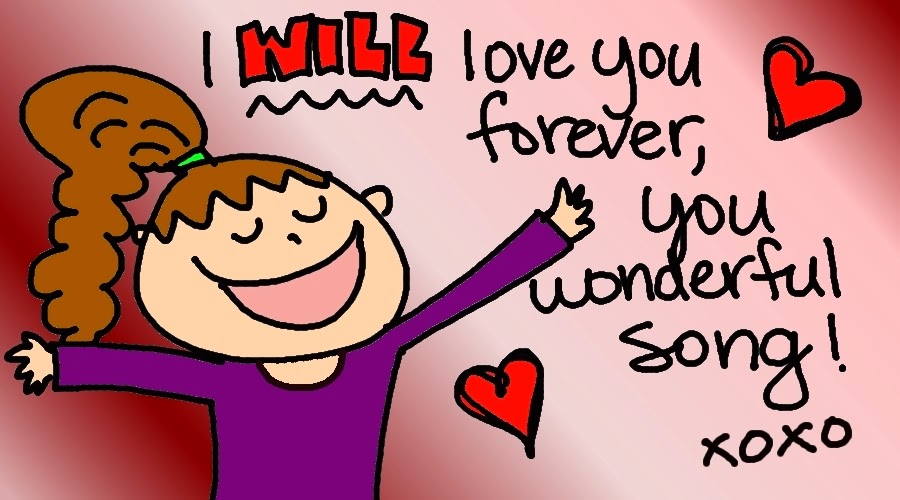 #12: Missing - Everything But The Girl
Because when you miss something like the deserts miss the rain, you aren't kidding around.

#13: Ironic - Alanis Morisette
Alanis was huge that year. "Ironic" wasn't my favorite of her songs, but it got so much playtime that I can't help but feel nostalgic when I hear it. Annnd sing along.

#18: It's All Coming Back To Me Now - Celine Dion
If "Because You Loved Me" was the anthem of early spring, IACBTMN was that of mid-to-late summer. With two great songs to her credit, I decided I needed to buy a Celion Dion cassette tape to own. And so I did. Yes, I still have it.

#19: Change The World - Eric Clapton
I actually didn't care for this song, and still don't, but hearing it definitely takes me back to warm summer days.

#22: Insensitive - Jann Arden
Another song that takes me back to summer '96.

#25: Who Will Save Your Soul - Jewel
I liked this song because I could make my voice sound like Jewel's, all raspy. I thought I was so cool. Jewel would probably disagree.

#26: Where Do You Go - No Mercy
This song was used in a special promo for my favorite show of that time, Lois & Clark. Legend has it that this particular promo only ever aired twice. It didn't save the poor show from being canceled a year later, but dangit if I didn't fall immediately in love with this song because of of that silly (awesome) promo.

#39: Breakfast At Tiffany's - Deep Blue Something
I still love this song!

#54: The Earth, The Sun, and the Rain - Color Me Badd
A minute ago, I was like, What was this song? Do I remember this? So I found it on youtube and within thirty seconds I was singing along. SINGING ALONG. Hahaha oh wow. My crazy brain.

#55: Hook - Blues Traveler
I loved Blues Traveler. And this song was so fun, with its super-fast part with the words we all pretended to know. (Apparently the lyrics are "Anne Boleyn," not "in Berlin." How do you like that?)

#76: As I Lay Me Down - Sophie B. Hawkins
I will not attempt to try to explain to you how much I loved this song.

#81: Unbreak My Heart - Toni Braxton
One example of a song that played too often that year and that I got totally sick of.

#82: This Is Your Night - Amber
One of the songs I used to dance/work out to. Dabah dabah dah dip-doppa-thay! Also, the video for it is officially crazy.