Once upon a time, there were seven (or eight, depending on whether or not you think Abby counts) girls who drank from a fountain of youth and remained in middle school for fifteen-odd years, never becoming smarter or bigger, but always becoming a little richer. These seven girls were members of... 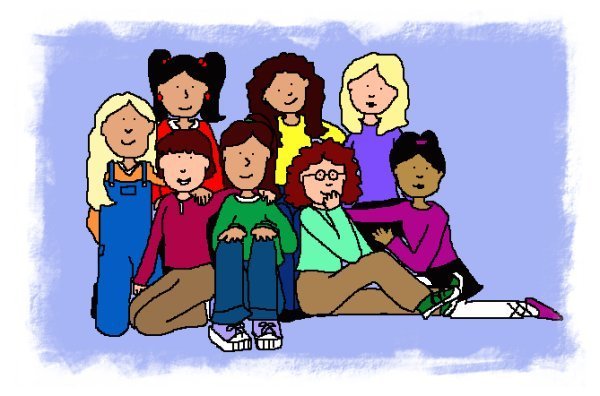 Remember the BSC? If you were a girl growing up in the 80's or 90's, you probably do. If you weren't a girl in those decades, or if you happen to be a mutant dogperson (or a guy), then you've at least heard of Rachael Leigh Cook, correct? Or Larisa Oleynik? They starred in the film version of the books.

No? You haven't heard of them, either?

Okay, HOW ABOUT BOOKS HAVE YOU HEARD OF BOOKS BY ANY CHANCE!?

So there was this series back in the day called The Baby-Sitters Club. It all started when Ann M. Martin, a book editor and writer of a couple of novels, was approached by another editor and was asked to write a series about two of the most popular subjects (amongst young girls) of the day -- clubs and baby-sitting. So she made up these characters and wrote some books. The first five: Kristy's Great Idea, Claudia and the Phantom Phone Calls, The Truth About Stacey, Mary Anne Saves the Day, and Dawn and the Impossible Three did okay, but when the sixth book, Kristy's Big Day came out, the book hit the bestseller lists. 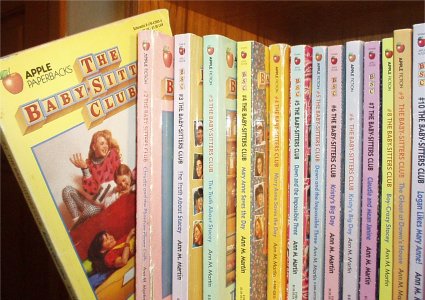 Within ten years, the books had spawned a TV show, a movie, a set of dolls, several board games, and a handful of spinoff book series.

So, you know, I kinda think these books are worth talking about.

I discovered the BSC when I was in fourth grade. A bunch of the girls in my class were into them, and after ordering the first four from the Scholastic Book Order, I was hooked. Okay, more like obsessed. My cousin Sarah loved the books, too, and I remember the days when we both had not yet read all the books (and this was when there were only 35 regular ones and 3 "Super Specials"... by comparison, today there are something like 150 regulars, 15 "Super Specials," 30 or more Mysteries, some Super Mysteries, some Portrait books, etc.) and we'd go to the library in search of them. Note: this was in the days RIGHT before computers overtook the card catalogs, so reserving a book was not an option, or if it was, we didn't know about it. So when we went to the library, I remember one time, we both ran (practically racing!) to the Juvenile book cart, hoping to snag a copy of a BSC book we'd never read before. If there wasn't anything new, I'd stalk the Returns cart, waiting for that poor librarian's assistant to restock the shelves, hoping that some other girl had, that day, returned her borrowed copy of, say, Jessi Ramsey, Pet Sitter.

By the time summer of 1990 rolled around, we'd read most of the books, and now it became a game of waiting. Each month, a new BSC book was published. We were there when #36 came out, and Jessi's mean aunt moved in... when Dawn dated that older guy who was a jerk in #37... when Kristy had a secret admirer in #38... and when Mallory's dad lost his job in #39. We were visiting Seaside when we first laid eyes on copies of Super Special #4: Baby-Sitters Island Adventure, in which Claudia, Dawn, and several kids became stranded on a desert island. Oh, those were good times.

I remember #40 came out around the time Sarah moved to Massachusetts... that's when I lost a BSC buddy. But I still read them, oh boy, did I ever! It got to the point where you could name a book number, and I could tell you the title. I knew the plot of every single book and I could spot continuity errors a mile away. It was sometime after #38 came out that I realized, with horror, that the Baby-Sitters had now, in the series, celebrated Halloween three different times. AND YET THEY HAD ONLY AGED TWO YEARS. Scandalous, I tell you. When I went to Universal Studios with my family in 1991, I was all excited because the Baby-Sitters had been there, in Super Special #5! Dawn's brother had gotten to be a volunteer in the special effects show. I wanted to be a volunteer in the special effects, show, too! 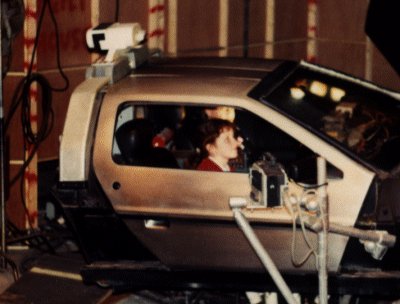 In 1992, I entered middle school, and was delighted to learn that our school owned pretty much every BSC book. So I kept reading them. I read a biography of Ann M. Martin. I took the books with me on vacations, I wrote my own BSC-esque stories, and then... then my parents kindly suggested I try reading something else.

I couldn't. I just couldn't. I tend to stick to what I know and like, and I knew I liked the BSC. Why read anything else? Kristy and Claudia and Mary Anne and all of them were the best characters in the world and... and... argh.

I'm happy to report I finally snapped out of the BSC obsession in eighth grade, just in time for another obsession to come along. Three guesses as to what that was...

That was eleven years ago. I still have all my BSC books. I've even collected dozens more, at thrift stores and on ebay. For a while, I would lend them out to my younger cousins, but that had to stop after I realized that nobody ever returns friggin anything, EVER$#&@!

Anyway, even though my crazy fixation had dwindled by the time I entered high school, I did get very excited about the movie... 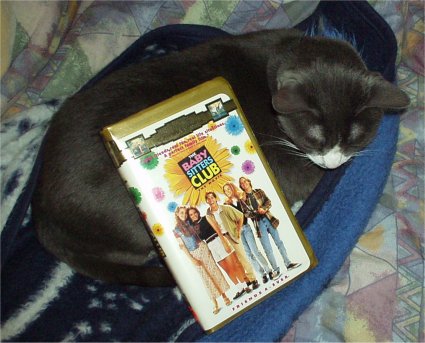 In 1995, the feature film version of The Baby-Sitters Club hit theaters. I was so thrilled that I even watched Melanie Mayron (the director) on Mike & Maty. And then what happened? The film was in theaters, like, A WEEK. That's it. I missed out. I didn't get to see it until it came to video. And do you know who I first saw it with? Sarah, appropriately enough. I recall that we both found it pretty corny and wondered WTF had happened to poor little (well, little no more!) Austin O'Brien.

I've seen the TV series, too. Hahahaha, now THAT was some corn. But if you can believe it, there are actually BSC TV series enthusiasts who wish that those actors had been cast in the movie (forget that it was made four or so years before the film) and therefore hate the movie because of that.

What else? Oh yeah, there's been a ton of BSC merchandise over the years. Calendars, dolls, postcards, stationery kits (NO I DIDN'T OWN THESE, OKAY FINE YES I DID.) And, loveliest of them all...

Now you, too, can pretend you're a member of the ultra-elusive Baby-Sitters Club! Impress your friends with your child-care savvy, or ask them "Truth or Dare" questions, and wait for the hilarious results!

In 1999, a horrible thing happened. The very last book of the real series featured MARY ANNE'S HOUSE BURNING TO THE GROUND. Oh. My. Lanta. The farmhouse, the awesome house with the secret passage that was haunted by Jared Mullray, burnt to a friggin crisp. THANKS A LOT, ANN M. MARTIN. After that, Martin started a new spinoff series called "BSC: Friends Forever" in which the club members dismantled the club. This new series went on for a couple of years and then finally, FINALLY, the girls graduated eighth grade, and the series ended. Now Ann M. Martin is writing regular books and winning Newbery honors and stuff.

This article was originally published on my old website AlligatorJuice.com on April 30, 2005.
Posted by molly at 9:00 PM