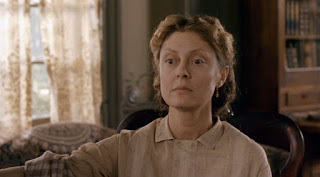 Her: "I know you said I wasn't allowed to ask questions during this, but can I ask just one?"

Her: "Aren't there supposed to be five daughters?"

Me: "What, you think there's a fifth one hidden in a closet somewhere, just waiting to make a grand entrance?" 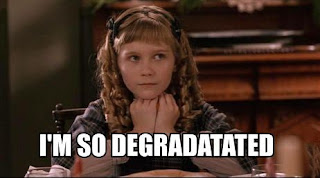 Her: "Yes, and good things always happen to her."

Me: "Right? She gets to go to Europe, marry Laurie.... Sometimes I like to imagine a different ending for her, though."

Me: "Like one where she has to marry Mr. Wickham." 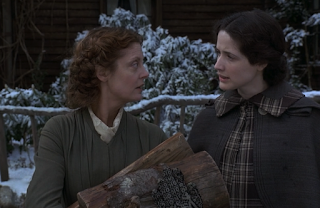 Marmee March, talking to Meg about John Brooke's proposal: "Yes, but I'd prefer [John] had a house [before you marry]!"

Me: "If you were required to have a house before you got married nowadays, nobody would ever get married except for middle-aged people going into their second marriage."

Me: "I'm kind of glad she says no at this point. They're both so young." 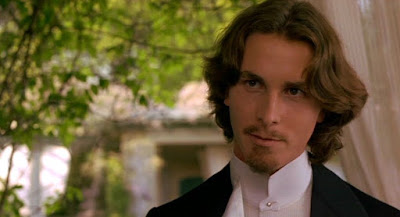 Laurie, growing facial hair as we speak: "YOU WERE SAYING...???"

Watching 'The Natural'... With My Mother

Watching 'Cranford'... With My Mother

Watching 'Pride & Prejudice'... With My Mother

Email ThisBlogThis!Share to TwitterShare to FacebookShare to Pinterest
Labels: little women, movies, with my mother