Day 4 of the WBTA, and Madeira Day! I woke up just as we were pulling into the port, so I hurriedly got dressed and went upstairs to get photos out on the decks. Then, a quick breakfast before heading to the meeting point for my Madeira excursion.

Our excursion group, which consisted of about 20 people, boarded a bus that took us up a mountain. Then we got out and began our "nature walk," which was really a hike. We had a guide who gave us lots of facts about Madeira and the "levadas," or waterways, that provide people and farms with water. The hike lasted about 2 hours, and I can not call it fun, though I did get some nice photos. 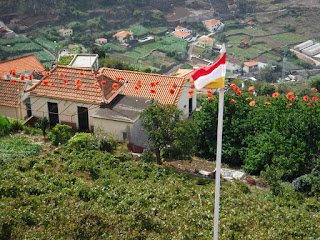 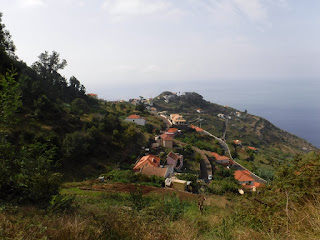 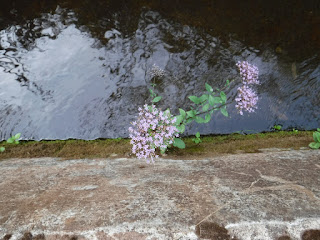 Then we were driven to a restaurant where we were shown how to make a drink called Poncha, which is rum and honey and juice. We got to sample that, and we were gifted with a wooden stick for mixing our own Ponchas, should the need arise. 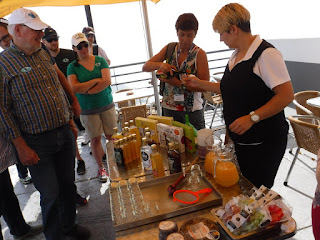 Back on the boat, well, after we set sail again, I got quite motion-sick. Not in my stomach but in my head. I was dizzy and miserable the whole evening. It convinced me that this will be my one and ONLY cruise. I did manage to participate in a pin trading event, but that was it. What a crappy day.

Day 5; a sea day. I still felt terrible when I woke up. I had some breakfast but went back to bed. Around 11:30 I recalled that I had packed Bonine, and I wondered if it would help. I took one and 45 minutes later I felt so much better! I was able to get up and go do activities! I went to a concert, listened to karaoke, and, after dinner, helped create a volcano in the Oceaneer Lab. 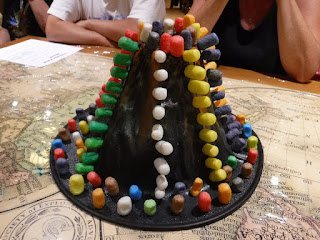 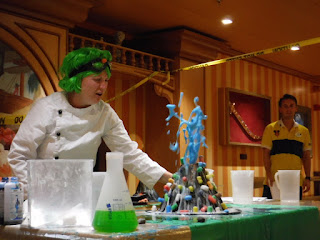 One fun thing about this ship is that there are multiple chances to see Disney movies. They play on the TV, the ship's movie theater, out by the pool. I've caught Dumbo, Cinderella, Robin Hood, Tarzan, 101 Dalmatians, and Beauty and the Beast, as well as Pixar's newish movie Inside Out. Tomorrow they're doing a Frozen party. Let it gooo....
Posted by molly at 5:54 PM

I will be expecting a hand-stirred Poncha next time I see you. Which I will hand to Patrick, who actually likes rum. ;-) Your cruise has me green with envy!