My Top 12* TV Personalities In No Particular Order 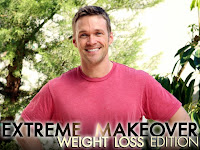 I have concluded that Chris Powell must be the lovechild of Jonas Armstrong and my college pre-calc professor. I just adore watching this guy. He's physically fit, he's got a sweet voice, he has a great smile, and those blue eyes! Ohhh, those eyes. One tragic downfall of HD-TV, so I have noticed, is that it often makes blue-eyed people look downright demonic. But not Chris. Some might like watching the show to see the amazing weight loss transformations, but I'm all about the trainer! 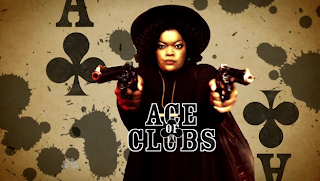 When it comes to Community, nearly every viewer I know resides in one of two camps: Team Annie or Team Britta. But I'm Team Shirley all the way. Shirley is a riot. One minute she's a sweet, wholesome mama, doing her baking and making references to the Lord. But cross her, and you'll feel her wrath. And after that, she'll forgive you and bake you a pie while you're recovering in the hospital. Love ya, Shirley. 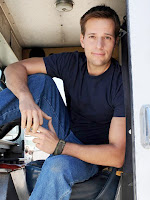 Nothing against Ton, Allen's auction-hunting partner, but I just think Allen is adorable. I love the way he gets in there to bid, starting off stealthily and then switching it up to a loud "yup!" or two or three. Then when he and Ton start rooting around in their newly-purchased storage rooms, finding treasures, I love watching how excited they get over their finds. Ton goes ballistic over weaponry, but Allen will do a dance over silver spoons. They both crack me up, but if I had to pick a favorite, Allen would get my vote. 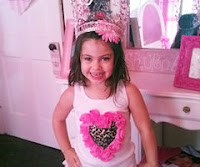 Okay. Yes. Most of the kids on Toddlers & Tiaras are spoiled brats. Some are little spawns. And then there's Makenzie -- half exasperated teenager, half 45-year-old-desperate housewife, all little girl. Some people think she's a brat, but I think she's hilarious. Part of her diva-ish behavior can be blamed on her parents' ways of handling her, and honestly? I think Makenzie might be the smartest member of her family. She probably even knows it by now. She's clearly a very bright child, and I love watching her escapades. 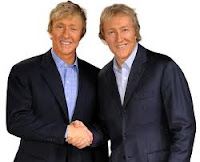 I don't know why I get so happy when one of these guys shows up on Antiques Roadshow to appraise something. Maybe it's because they're so happy. Get them in a room with an antique dresser and they look like they want to do a tap dance. They pet the furniture, pull out the drawers and admire the way the wood has (or hasn't) aged, and speak about patina as if it is a beautiful goddess. They're fun to watch, and they breathe life into the sometimes-stale series.

I love Abed. How can you not love him? He's childlike, inquisitive, loyal, creative... and he may be slightly psychotic. Or is he? Abed is many things, but mostly he's endearing. Except when he's Evil Abed. (Okay, even then.) And especially when he's Batman.

While I do think baby Hope is precious.... and Shelley, the guitar-strumming caretaker of babies, dogs, and the elderly, is a riot... my favorite character on this series is Virginia. Virginia is granddaughter to the nutty Maw Maw and grandmother to Hope. She grew up poor, but has learned to be resourceful. She may have some strange notions, but she's good at heart. Plus she's full of wisdom:

Jimmy: "You can't smoke around the baby."
Virginia: "Jimmy, smoke rises. She's not gonna be tall enough to breathe it for a long time."

How can you argue with that?

Pat and Vanna feel like, I don't know, relatives. Only... the kind you don't want to shoo out of your house after a week. They've been doing their job so long, they're pros. Some TV hosts make me nervous. But with those two, I never worry. Vanna is an elegant lady, quick-witted and eternally patient. Pat could probably do the show with his eyes closed. (Which... would be odd... but...) And you know how, towards the end of each show, when Pat has to do the final spin? He can SO make it land on the $5k if he wants to. He knows exactly how hard he has to spin. But will he use his powers for good?

These two little British girls are so cute and funny. Sophia Grace is a talkative, loving, squealing thing, while Rosie is sweet and reserved. Ellen has had them as guests many times in the past year, and they're always entertaining. And Sophia Grace can perform! Check it out.