In a little over a month I'm going to be taking the biggest, longest trip I've ever taken. 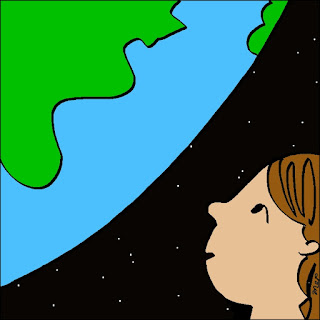 And a little bit excited.

For most of my trip, I'll be traveling solo. This idea scares my mother and pretty much everyone I've talked to who's in her age bracket. To me, it's not a big deal. I have traveled solo before. I've slept in hotels by myself and eaten at IHOPs by myself and taken flights and train trips alone. But those trips have been short... maybe 5 days at a time... and they've been limited to my home country, the U.S.A. Europe may be a different story.

The fact is, traveling solo can be pretty great. You eat when you want to, sleep when you want to, and go wherever you want, without worrying about whether someone else is enjoying themselves. If you want to go to an art museum, you go. If you want to lie in bed until noon, you lie. The downside is, if you see something really cool and want to share it with someone, you can't... at least, not immediately. Thankfully, the internet will allow me to keep in touch with people back home while I'm "abroad." Loneliness may happen, but... I'll deal.

I feel like I've been planning forever. The funny thing is, I've barely stuck to any of my original plans. At first, I was certain I would go to Amsterdam. But I won't be going there on this trip after all. I did a fair amount of research into England, before deciding England could wait. I've also "postponed" Legoland Denmark, Scotland, Ireland, and Disneyland Paris.

In my planning, I spent months reading Rick Steves' Europe 101 during my lunch breaks, and I watched his TV show every Saturday evening. Some seasoned travelers will tell you that Rick Steves isn't the best travel guide, but I didn't care. Rick went to beautiful places and I sat spellbound for half an hour each week.

I also pored over Lonely Planet Discover Europe, consulted maps, and tried to devise the best plan for my nine days in Europe. 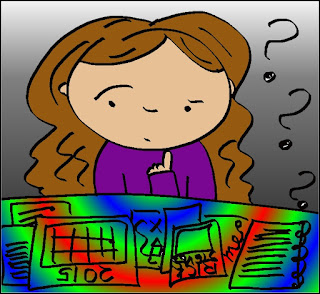 Why nine? It's just the way it worked out. For one thing, Europe isn't my only travel destination. Also, budget-wise, it made sense. Also, a transatlantic cruise may have had something to do with it.

Sometime during the spring of 2014 I became obsessed with the idea of cruising. Then I learned about transatlantic cruises. Since I hate flying, it seemed perfect. Sure, I'd have to fly to Europe, since eastbound transatlantic cruises tend to happen in May and June, but westbound cruises? Get me on a boat!

Of course, it may turn out that I hate cruising, too.

The cruise I'm doing leaves on a specific date from Barcelona, Spain. So of course I had to work Barcelona into my itinerary. From there, I started planning backwards. Three days in Barcelona. Back to Wednesday. 3 days in Italy. Back to Sunday. Two days in Switzerland. Back to Friday. Two days in Germany. Why Germany? For one thing, my cousin lives there. For another, the flight I found to Frankfurt on September 8th was unbelievably cheap. (I'm hoping that means the plane isn't made out of Duplos and decayed wienerschnitzel, but I'm willing to take my chances.)

By the time the cruise ship docks in the U.S.A. it'll be October. I'm planning to spend a few days in Miami, then go up to Washington D.C. I've never been to D.C. After that, it's either New York City or Boston or somewhere else in New England, and the strange thing is, I just don't know. Some of my plans are still up in the air.

By the time I return home in mid-October, I would really like to have accomplished the following:

*See "The Last Supper" and other awesome art

*Make some use of my Italian language skillz, which include counting to 20 and naming the days of the week. (So useful.)

*Watch the Rifftrax Live presentation of "Miami Connection" while in Miami. (seriously...)

*See an actual panda at the D.C. zoo (I shall conquer this! I shall!)

*Getting lost. (Not a big fear, but it would be a bummer.)

*Getting sick. (I have trip insurance, but even a low-level illnesses would suck. I don't want to lie around all day feeling awful and miss out on things! And what if it turns out I get seasick? I'm packing sea bands and dramamine as a precaution, but still.)

*Getting pickpocketed. (I don't plan to carry very much cash around, but I still think this would be alarmingly violating.) 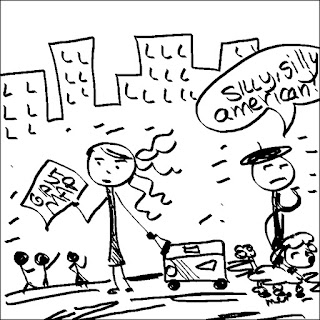 *Bidets. They freak me out, okay?

*Being incredibly homesick, especially for my cats. (SERIOUSLY.)

My original budget was a bit too low, it turns out, and have already gone over it by about 20%. Oh well, live and learn. You should see my Excel spreadsheet. It's pretty neat. Color coded and everything.

I saved for this trip all last year. Financially I'm okay. I can't stay in four-star hotels, but I won't be staying in hostels either. I'm also going to be careful with my food budget. I don't intend to eat in fancy restaurants. I hope to find markets, grocery stores, food stands, and cafes to suit my needs. I'm only planning on taking one guided tour, and it's a cheap one. I'm not someone who needs to go-go-go all the time. I love just staring at art and architecture for hours.

Am I nervous? Yep!

Am I planning to blog during my trip? You bet!

Fun, fun, fun!! I think it will be amazing! Do keep very close watch of your wallet/passport in Europe, esp. in Barcelona where people like street performers have ways of distracting you & getting your stuff. Otherwise, Europe is made for traveling, so enjoy!!

SO COOL! BRING ME ALL THE SOUVENIRS!! (Even postcards or keychains or something equally cheap.) ;D