Portland's 4th Annual Bricks Cascade came and went -- two months ago -- and I have been putting off blogging about it for reasons unknown. Well, here I go.

This year's convention was the first in which I was a theme (co-)coordinator. What a job! Instead of getting to just relax and enjoy the convention, take lunch breaks whenever, and come and go as I please, I had to be present, engaged, and organized. I was one of the coordinators of Town & Train, which is usually one of the biggest themes with the most MOC entries. While I definitely know ways I could make things run more smoothly in the future, I don't think the endeavor was a disaster. Trains ran, the town stayed standing, and the MOCs on our tables brought smiles to many faces.

One of the jobs of a theme coordinator is to build trophies, and then, during the convention, look at all the MOCs in our theme and pick winners for various categories. Here are the two trophies I built: 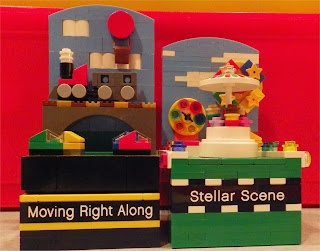 Judging was tough! I did not want to do judging alone, so it became a team endeavor (me, my co-coordinator, and another AFOL friend) and these three builds came out on top this year... 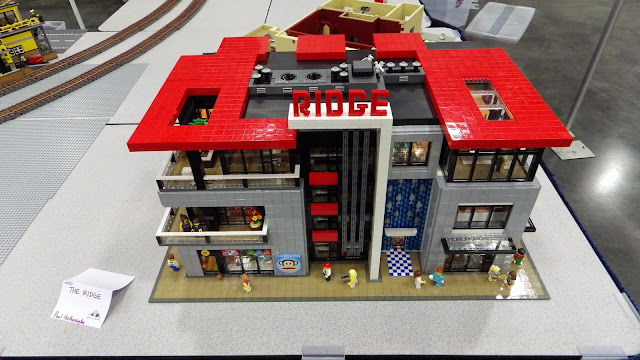 Structurally Sound (Best Building) went to The Ridge by Paul Hetherington. Both the outside and the inside (yes, there were things going on inside!) looked great, and there were so many cool details. One of my favorites was the blue fish "fountain". 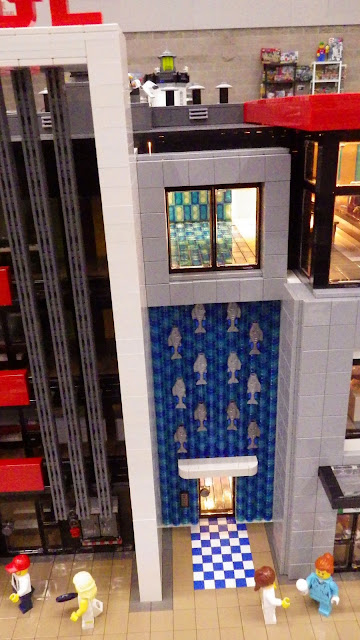 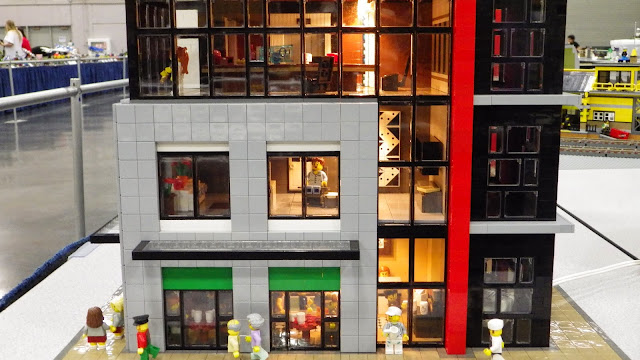 Moving Right Along (Best Train or Vehicle) went to the Post Zombie Apocalypse School Bus, by Cory Janssen, which I'm sorry to say I didn't get more photos of, because the back looked really cool as well. This Moc stood out because it was unique (not  your typical yellow school bus) and it had a story connected to it (zombies!) 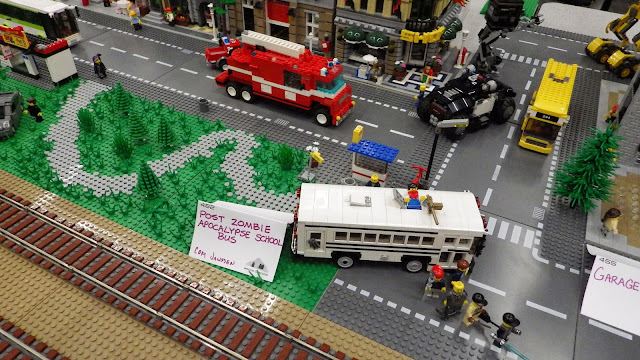 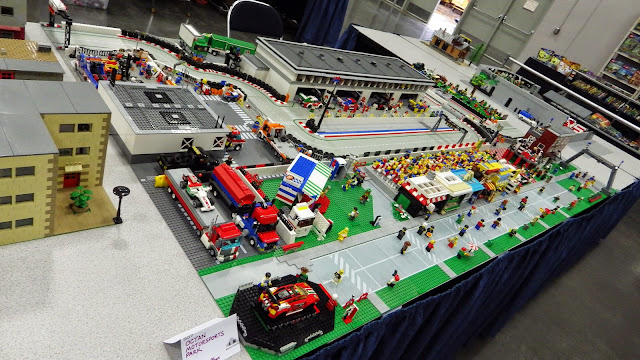 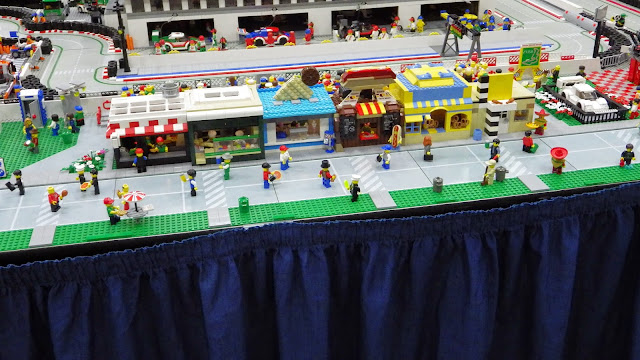 I especially loved the concession stands/shops... that hot dog shop! That pretzel shop! 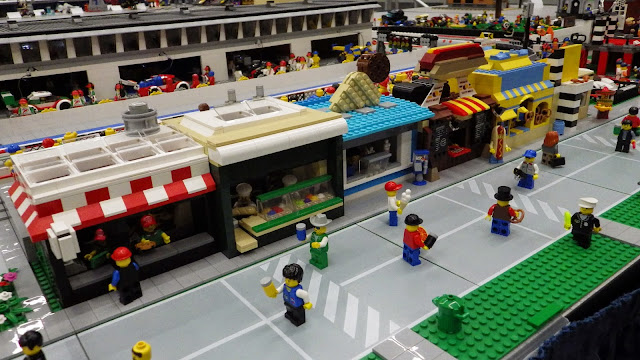 Some other Mocs that were definitely in the running (and are making me think we need to have more awards/trophies next year) include this fantastic house by Allen Smith: 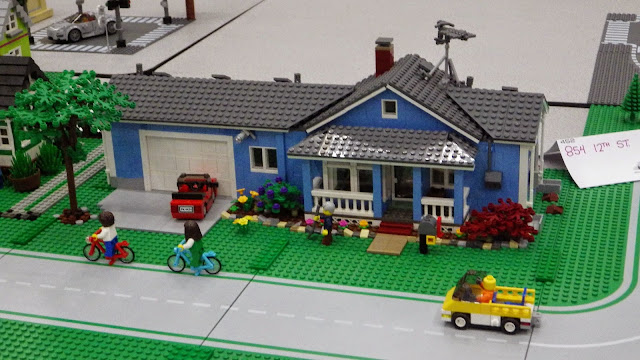 And this one by Lori Clarke... (those gables! that roof!!) 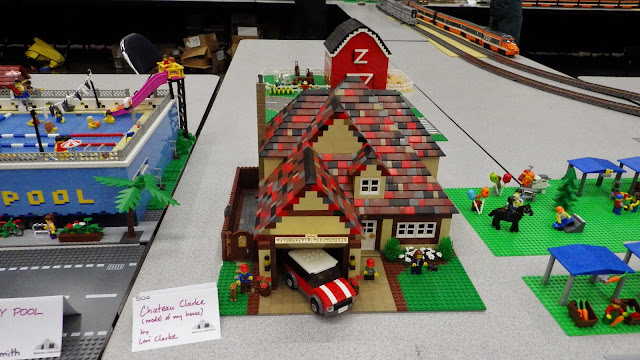 And this charming cabin by Laura_KQB and Arwyn... 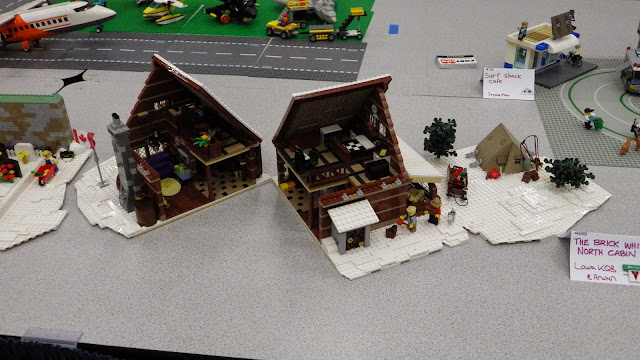 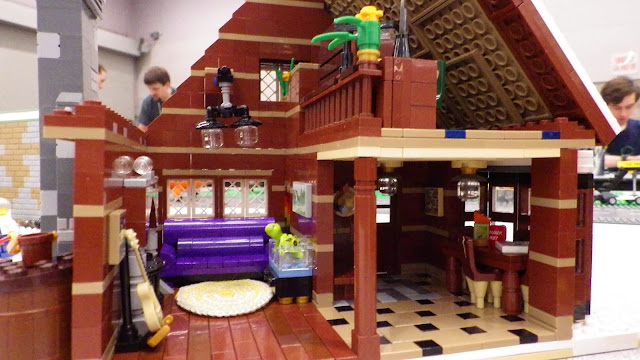 Below is a video I made of some of my favorite Mocs from throughout the show (yes, it includes some of the ones seen above). Hmm... I can make a video faster than I can do a blog entry, how 'bout that?

Finally, here are some of the things I made & brought: 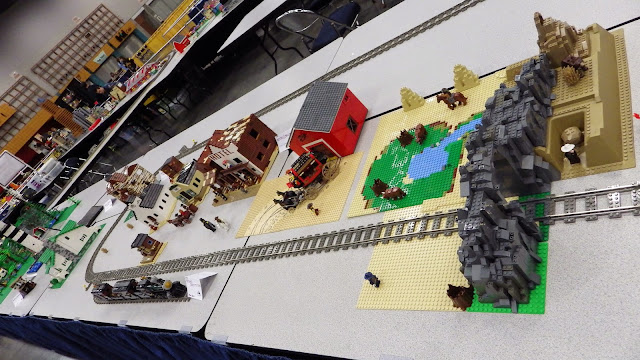 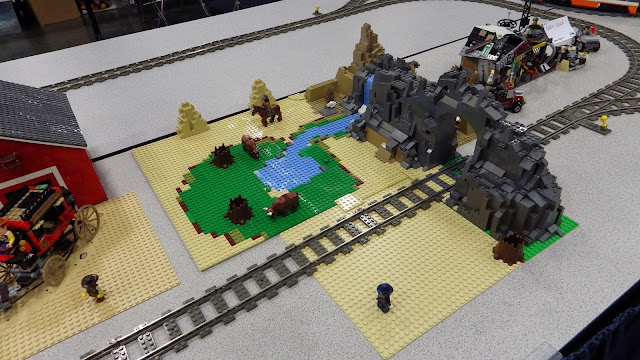 I know I'll need lots more tan if I do an Old West Town layout again, but I worked with what I had.... 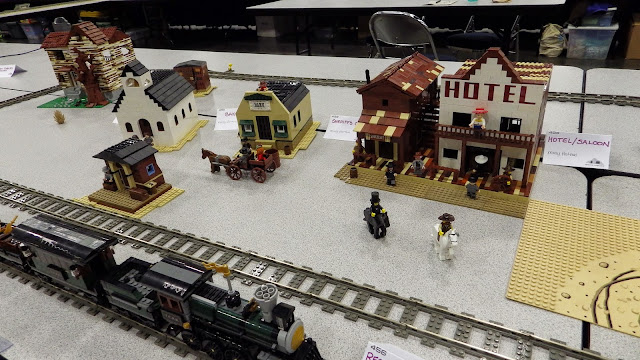 I made most of these buildings (the hotel/saloon, sheriff's office, bank, church, barn, and shed) in the month leading up to the convention. The train station & the haunted house were already built.) 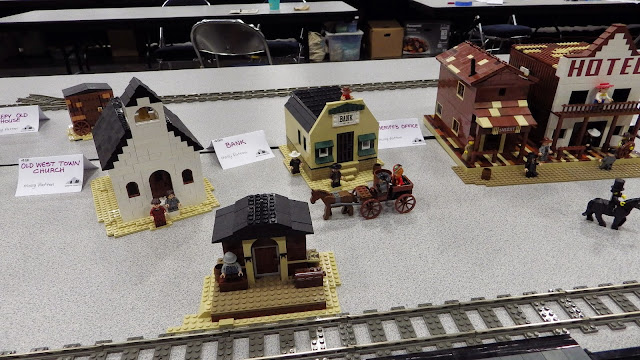 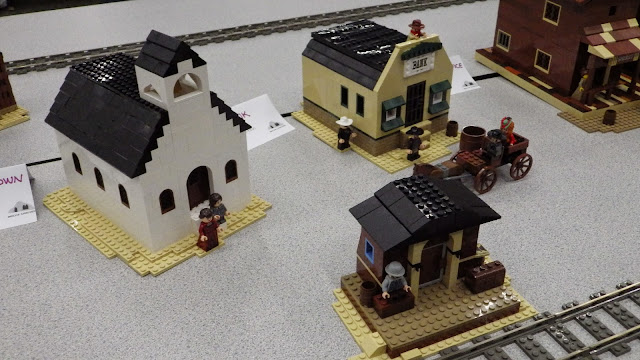 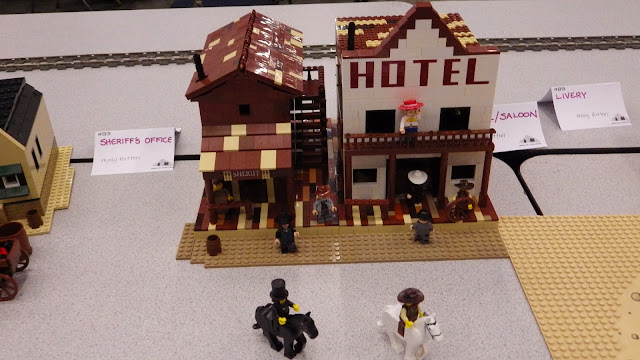 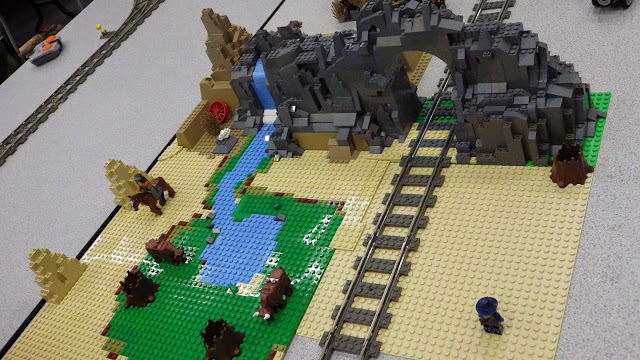 "Look! Woody!" is the comment I heard by far the most often during the public show. 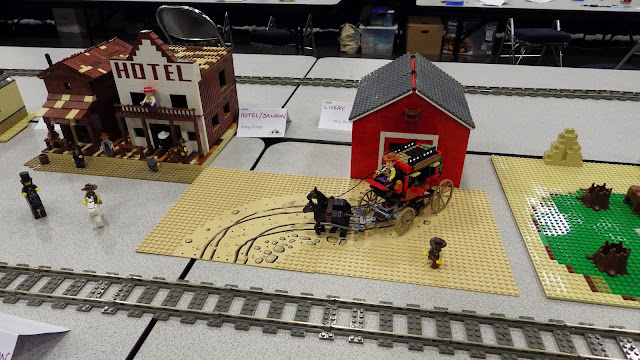 I also brought some of the items from my Washington Square Lego Store display, along with my Lego-made word "Creativity". 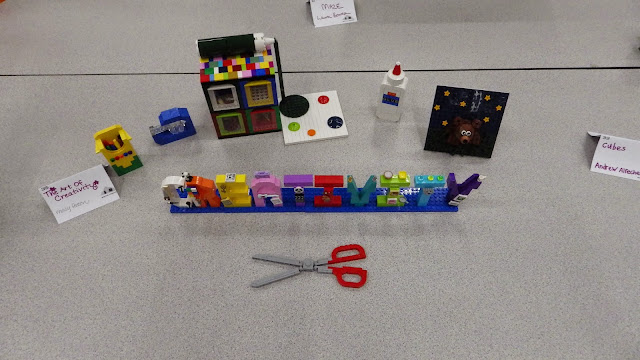 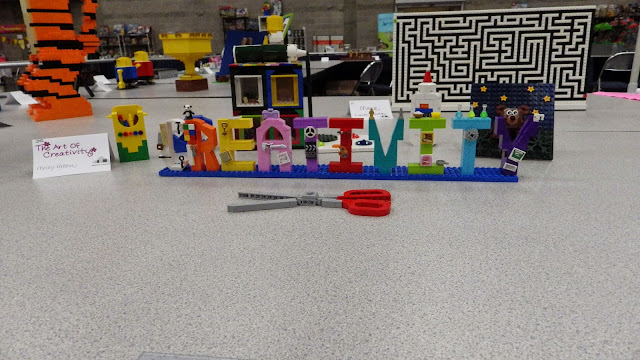 I also finally made a Moc that I'd been wanting to make for years: 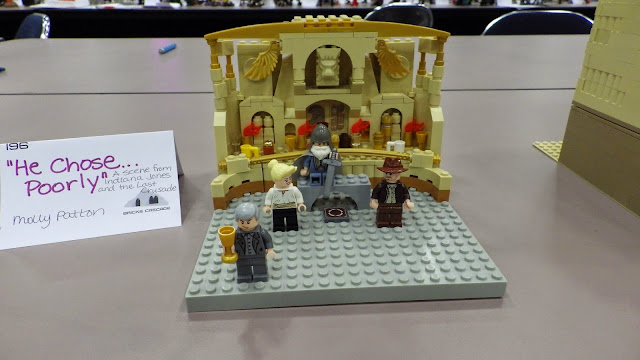 I did this one last-minute, so I'd like to improve on the floor and do the right & left - side walls/scenes eventually, but I think it turned out okay. Eventually I'd like to do many more scenes from Last Crusade, including the booby traps, the train from the beginning of the film (lions! snakes! magic!), and perhaps the zeppelin ("no ticket!") (There are three official sets for the movie. There need to be more is what I'm saying.)

In conclusion, while my 4th Bricks Cascade convention felt a little "different" to me, it was still enjoyable, and I plan to be there again next year!