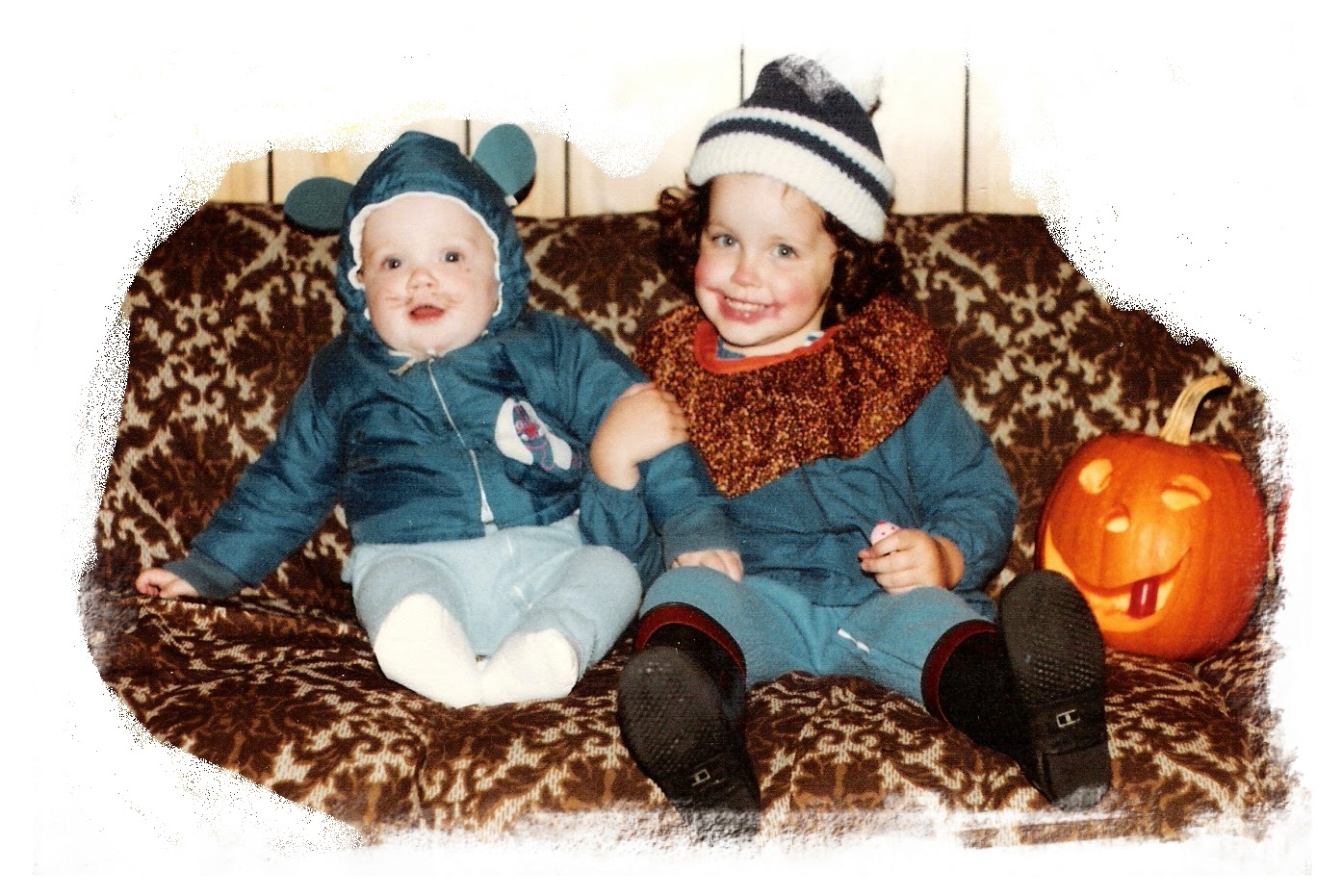 My parents took me trick-or-treating for the first time when I was two or three. My only memory of this occasion is going to a house where a lady told us, "Sorry! But we're all out of candy."
I remember being somewhat dumbfounded. How could someone not have any more candy to give out on Halloween, the night you are supposed to give out candy? (Lady, you had ONE job....)

The next year, we moved. In our new neighborhood, everyone seemed to trick-or-treat between 6 and 8 pm, and you only went to the houses that had their porch light on, because that meant they had candy to give. But sometimes people would have their porch light on, yet never answer the door. These people were either super cruel or just didn't understand, but boy did they waste our precious time! They should be glad we weren't the type of kids to "trick," says I. 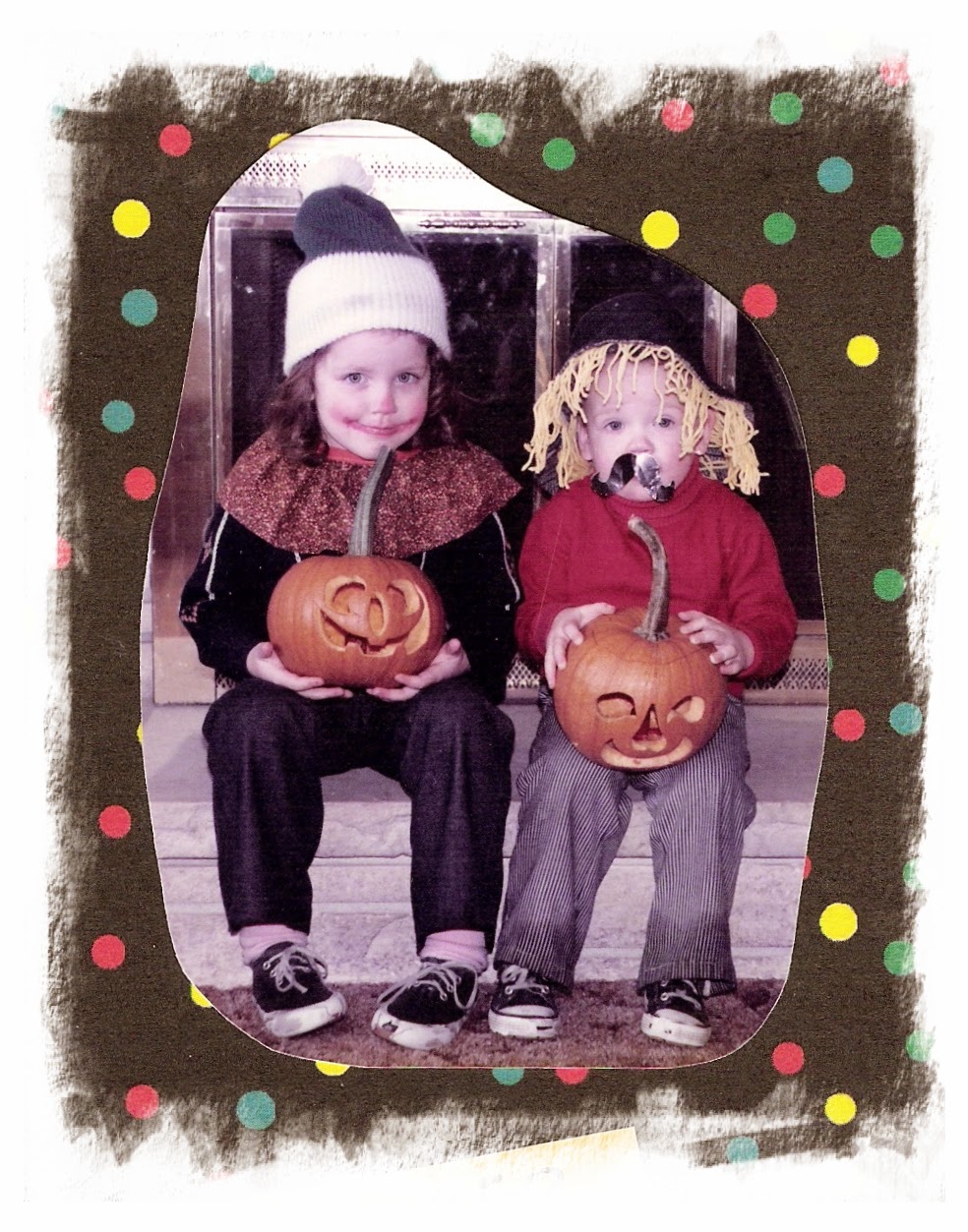 I wasn't super picky about what kind of candy I got, but I did save an ounce of scorn for any adult who handed out those miniature tootsie rolls. I may not have known much, but I knew what candy cost, and I knew that person was being a cheapskate! Still, other people made up for it. I remember the year someone handed out tiny bags of chips. Score! Or another time, somebody bestowed on me a can of soda. Seriously, I felt like I'd just won the Halloween lottery.

After a night of trick-or-treating came the loot sorting. I took great pleasure in sorting my candy by type and goodness. My brother would often do the same, and then we'd trade things. We'd get to eat a few pieces, then our stash would go in the cupboard. My parents, as far as I know, never (or rarely) dipped into our bins. Our candy was sacred. Mine was mine, my brother's was his, and we left each other's alone (well, okay, maybe I ate a few of my brother's when my own reserves were running low. Maybe.)

But this one year, my grandparents came to stay, and my grandma unapologetically helped herself to my candy whenever the mood struck. I was horrified. Grandma! YOU didn't tromp around the neighborhood and beg for two hours on a cold, rainy night! You're a grown woman with money in your purse! Go buy your own candy!
Some years, instead of trick-or-treating, we went to a Halloween party at my elementary school. There we played carnival-type games and got candy. Strangely, I remember so little about these events, even though I know I loved them, and they seemed to be a yearly thing.


The first year I went to a non-school-sponsored Halloween party, I was about four. My parents' friends were throwing a party for their kid, whose birthday was shortly after Halloween. They called it a Pumpkin Party, and at the time I didn't think anything of it, but later I learned they were super conservative and probably didn't even celebrate actual Halloween. I remember we played this game where everybody had a string, and they were tangled throughout the living room, and you just had to get to your prize at the end of the string. I think we did a treasure hunt, too. Then we all went to this place and rode bumper cars?? Forget it, I don't think this even happened on Halloween.

The next time I went to somebody's Halloween-esque party, I was older (seventh grade?). My friend's mom devised a haunted house-type activity in their basement, and we got to blindly feel cold spaghetti and peeled grapes. Good times.

Another time I went to a Halloween party, I was in high school, and that was the time I learned that yes, it is true that you can glue your fingers together with SuperGlue. Don't try this at home, kids!

In fifth grade, I threw my own Halloween Party. I invited all my local cousins and a handful of neighbors and my best friend. We decorated pumpkins and ate pizza. I had invited my new friend and her brother, but was stunned to learn that their family didn't celebrate Halloween. Welp, more candy for the rest of us, I guess....

In eighth grade, I went to our school's Halloween Dance. Years of reading Baby-Sitters Club books had convinced me that you could go to middle school dances even without a date and still have a great time and possibly meet the boy of your dreams. This turned out to be a lie. However, I learned that going to a school dance with a group of girl friends could still produce good fun. Boys, shmoys.

My favorite Halloween was in fourth grade. I was a cat that year, and I went to our school's Halloween Party that evening. I was off on my own playing games, when my dad found me and told me we were going home because my cousins had arrived! This was a huge deal because my cousins were moving to our city for the year, and here they were arriving on Halloween, of all nights! Plus I hadn't seen them in a while, so I was super excited. My dad drove me home, and I joined my cousins as they trick-or-treated around our neighborhood. That night was the beginning of a great year.

*Carving pumpkins. (We usually just got store-bought ones.) 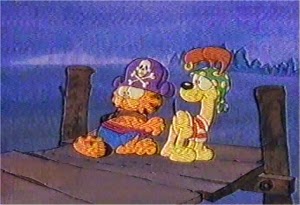 (even though I was terrified, and I mean terrified, by that old geezer in the haunted house with the pirate ghosts.) 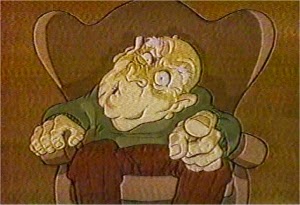 *Being even more sad when my Halloween candy ran out

*Being happy again because by that time, it was usually almost time for Thanksgiving, which meant PIE.

I see the Garfield special is on Hulu. I've been trying to convince the kids we should all watch it, but they don't seem to excited. CANDY CANDY CANDY CANDY!!!!!

MAKE THEM WATCH IT. P.S. https://www.youtube.com/watch?v=cqaRlYpzPZM