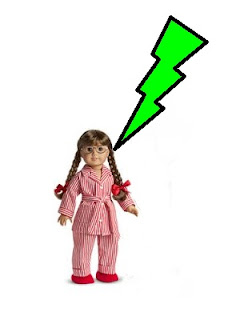 In the five weeks since my surgery, some strange, strange things have happened. Strange for me, anyway. Some people might find them "exciting," "charming," or, more likely, "horrifying," but the writer in me prefers to think of them as strange. Interesting. Worth noting. Worthy of description.

"I wrote them down in my diary so that I wouldn't have to remember!"
-- Henry Jones, Senior

So the left side of my face is still not back to normal, though it is a lot better. I have a crooked grin, but at least I can grin. I still can't wink, but at least I can close both of my eyes. For a while, the left one was drying out a lot and irritating me. Now, it's doing something even crazier -- it's making tears. Sometimes constantly. It's like when you have a bad cold and your nose won't stop running and you kind of just want to walk around with a tissue glued to your nostrils. Only this is my eye, and it's leaking. I feel like I'm perpetually half-watching a sad movie.

The eggheads at the lab studied that thing they took out of my head and decided it wasn't totally benign, and so to make sure that nothing evil goes elsewhere, I have to have radiation therapy. First they told me 25 days of that. Then they told me 30, and I almost cried for real. Not just because trekking to the hospital and being zapped 30 times would suck (it would) but because treatment only happens on weekdays, and 30 days would take me into the middle of July.

It's been a while since I've brought up What It Is I Do on this blog, but I'm a teacher of small children. I work my boots off September through June and save my money with the hopes that I will be able to have a summer of relaxation, sleeping in, and possibly a vacation. Now, last year, my cat had a medical emergency, which all but drained my bank account, and I got to go absolutely nowhere. Less than two weeks into this new school year, I was already on Google, planning my Epic Summer Vacation of 2012.

Suffice it to say, that will not be happening. Of course, August exists, but the thing with radiation therapy is that the side effects -- unrelenting fatigue being a big one -- can last for weeks, even after the last treatment. There's also the likelihood (at least in my case) of getting a bad sore throat and red skin. So you'll understand why I'm not packing my suitcase and summoning a taxi to take me to the nearest airport. (Except perhaps to go somewhere where no one can find me.)

But enough about that. Let's talk about radiation! Now, I know people get radiated for different reasons and on different parts of their body. For me, it's my head. So they made me this huge, ridiculous white mask thing to wear each time. It covers my whole face, the sides of my head, my neck, and part of my shoulders.  I lie down on this table and they put this mask on and bolt it down with about eight or nine fasteners. After that, I'm not goin' anywhere. About the only thing I can do is breathe, open my eyes slightly (the mask has tiny holes) and swallow if I must.

When they first made the mask, I almost laughed, it was so utterly ridiculous to look at. I couldn't believe this wasn't some wacky dream. But the making-of part was kind of interesting. First, the technicians molded a headrest for me to lay on each time I have the treatment. I have no idea what material they used for this headrest, but it felt like they were taking warm bread dough and kneading it against my neck and shoulders. Ahhh. Someone should market this idea, because it's super nice. Like a warm bubblebath... but better. I didn't want it to stop. Then they molded the mask. They dipped a big sheet of holey plastic in hot water and then put in on my face. Awkward. It quickly cooled and they molded it to the shape of my face. As it hardened, I began to feel a bit panicky. Augh, I can't move! That means I can not breathe! I am going to dieeee! But I didn't die. I lived to see another day... and another....

Day one of the actual treatment was pretty awful. I didn't expect to feel so claustrophobic inside the mask, but I did. Also, the radiation beams going across me -- well -- there was a smell I can not describe. I want to describe it, but there is nothing exactly like it. It's KIND OF like craft glue or paint. KIND OF like heat. And A LOT like that feeling you get when you jump into a highly-chlorinated swimming pool and the water goes up your nose.

By the end of that first session, I got the distinct picture in my mind of that scene in The Princess Bride where Westley has had one minute sucked from his life in the Pit of Despair, and the count asks him how it has made him feel. Westley begins to whimper. No words, just that. That was pretty much my reaction, too.

But it has gotten better. I've learned that if I hold really still, my face will hardly notice that the mask is holding me down, and I am less likely to panic. If I hold my breath when the beams do their thing, I can almost entirely block out that awful smell. And so, after treatment #4, I'm not loving it, but it's still better than getting a cavity filled. Oh, yes.

And so it will continue.

Anyone up for a bonfire?

Thanks for the update! I'm so sorry you have to go through all this. I admire your sense of humor as you do!