DISCLAIMERS: If any of the following people die within the next few days or weeks, I didn't have anything to do with it. It was just an unlucky coincidence.

And about the rankings -- the numbers below are no reflection on how "important" I think the person is, or how good an entertainer they are, or anything beyond this: They mean something to me. So don't hurt me. Let's do this.

One of my favorite movies as a kid was The Parent Trap, in which Maureen played the mom. She was so beautiful. Others may remember her from Miracle On 34th Street, McLintock!, or How Green Was My Valley. Maureen disappeared from the acting scene for nearly twenty years, but made a minor comeback in the 90s, including a starring role in the much-acclaimed TV-movie The Christmas Box, in which she plays an old lady who helps a young dad figure out what's important in life. 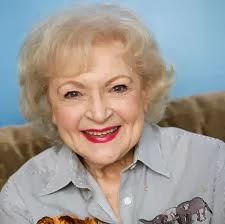 Known for her many TV roles, Betty White has been stealing scenes and splitting sides since the 40's. Still going strong as of this writing, Betty recently starred on the TV series Hot In Cleveland, but is probably best known for playing Rose on Golden Girls. But I hardly ever watched Golden Girls. I know, I know... but I was just a kid when it was on. Still, I've seen her in other things over the years, including her hilarious turn on Community in 2010. Also, she's an advocate for animals, so I gotta love her for that! From Singin' In The Rain (1952) to In & Out (1997) and beyond, Debbie has been a force of high-spirited entertainment for more than 60 years. She voiced Charlotte in the 1970s cartoon classic Charlotte's Web, which I grew up on (of course, not having any idea at the time that she was famous.) Reading up on her years later, I learned she was married to Eddie Fisher (they had daugher Carrie, aka Princess Leia, in 1956) but that he left her for Elizabeth Taylor, citing true love (ha!). Well, who cares about them, you're the only one making this list, Debbie! (I know you care.) 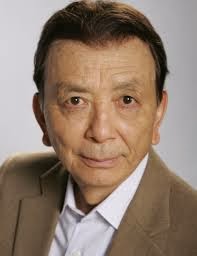 James Hong may be the go-to guy any time any movie or TV show needs an older Asian dude, but it's for a good reason -- he's super good at what he does. James came to my attention appearing on many of my favorite TV shows over the years, including The Pretender, Lois & Clark, The Adventures Of Brisco County Jr., Friends... and only about a hundred others since 1955! He's even spry enough to still attend fan conventions -- I saw him last year at Wizard World in Portland. Not just a "hey, it's that guy!" anymore, James Hong is now a (somewhat underrated) Hollywood legend.

When I was a kid, if you appeared in one kids' movie, you were just all right. But if you appeared in two, you were officially awesome. And Nancy Olson was in both Pollyanna and The Absent-Minded Professor, so, of course, I thought she was the cat's pajamas. One of the last surviving actresses from Pollyanna, Nancy earns a place on my list for being an icon from my childhood. (Which is not to say I don't still watch Pollyanna often, because I totally do.) 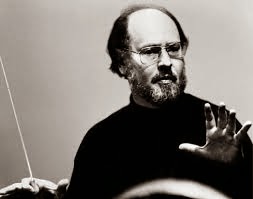 John Williams is one of the most well-known film composers in the world, and even though some people will argue that he tends to re-use his own music, I challenge you to find a prolific composer who doesn't. Besides, even though I may slightly prefer the work of James Newton Howard and Alan Silvestri overall, I can't deny that John Williams' work is the most recognizable of any composer currently working today. (Plus, neither of them is over 80, so...) 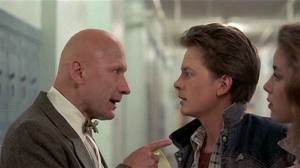 So, first of all: Mr. Strickland. I loved Back to the Future growing up, and heck, I still love it, and you can't help but love Mr. Strickland. Appearing in all three films in the franchise (in the third, as Mr. Strickland's ancestor, Marshal Strickland), James Tolkan/Mr. Strickland reminded us that we, no matter what we do, are slackers. 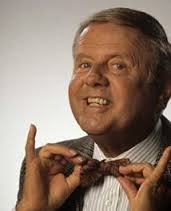 I never watched Eight Is Enough (on which Dick Van Patten played the dad), but growing up, I knew of him from his small role in Freaky Friday and from his guest appearence on Lois & Clark in 1994. A few years ago, when I found out he'd written a book (Eighty Is Not Enough) I checked it out and really enjoyed it. The man has led a fascinating life, and he seems genuine and sweet. 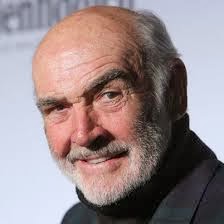 Sean Connery may be retired now, but his past speaks for itself: James Bond. Indiana Jones's dad. Surprise cameos in Kevin Costner movies that send me through the roof. And that accent! It's beautiful. He's awesome. Long live Sean Connery.

James Earl Jones and Sean Connery could have a badassery contest, and I really don't know who'd win. But let's talk about James. The man's career has spanned television, film, stage, and, of course, voiceover work (he's both Darth Vader and Mufasa (Darthfasa!)) Other JEJ credits include The Sandlot, Field Of Dreams, and at least five episodes of Mathnet. And if you don't know what Mathnet is, just... go. 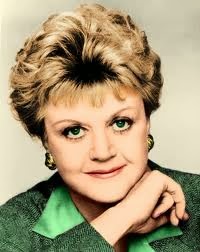 All right, so I love Beauty and the Beast, and Angela having played Mrs. Potts, well, she automatically gets a spot on this list. But I was well aware of Angela Lansbury growing up, sitting in on the old folks' viewings of Murder, She Wrote and catching her in Bedknobs and Broomsticks. I, personally, would love to sit down and chat with Angela Lansbury over a spot of tea.

Dick Van Dyke first came to my attention playing Bert in Mary Poppins. Some years later, my parents & I watched him on his long-running TV series Diagnosis Murder. (They probably remembered  him from The Dick Van Dyke Show (1961-66)). With his long career of being funny and charming, I can't help but hope that my favorite chimney sweep/sidewalk-chalk artist/kite seller/mystery-solving doctor never goes away. 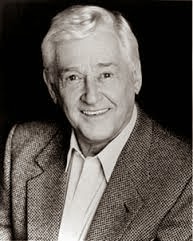 Mr. Ed was before my time, but DuckTales (in which Alan voiced Scrooge McDuck) came at exactly the right time for me to appreciate Mr. Young's talent. I also grew up watching Mickey's Christmas Carol and have seen The Time Machine several times. A few years ago, I found out he'd written a memoir, Mr. Ed and Me (later updated to Mr. Ed and Me and More), which I read, and which I loved. Like Dick Van Patten, Alan's memoir is interesting and funny and just a great read. He's written another book about show business, too, which I'm about to read. And perhaps the coolest thing of all? He voiced Scrooge McDuck in last year's video game DuckTales: Remastered! (Which I totally bought, you know I did.) And you know that adorable Scottish accent? He's still got it.

Oh my freaking goodness, if this woman ever dies, I'm going to cry my eyes out. Even though she hasn't written anything in years, her past work is more than enough to put her at #1.

1. Ramona Quimby
First appearing as a minor (but hilariously naughty) character in the Henry Huggins books, Ramona soon branched out into a series of her own, and became one of the most relatable, sympathetic heroines in kid literature. She had fears -- of the usual things like dogs and the dark, but also of deeper things, like her parents' happiness and whether or not anyone loved her. She struggled to understand the adults in her life and often found things confusing and unfair. She was every kid, put into typewritten form.

2. Leigh Botts
Beverly Cleary won the Newbery Award for Dear Mr. Henshaw in the 80's, and for good reason -- it is excellent. So is its lesser-known sequel, Strider. Cleary captures the trials and angst of a boy who, over the course of the two books, goes from being a naive little kid, writing to his favorite author, to navigating high school and the world of girls.

3. A Girl From Yamhill and My Own Two Feet
Beverly Cleary's two memoirs are so vibrant, so compelling, so wonderful, that I've read them both multiple times. She was born in rural Oregon at the tail end of World War I. Later, her family moved to the suburbs, where they managed to make ends meet during the depression. In the second book, Beverly is off to college, then taking her first job, and meeting her future husband. Never dull, full of lively descriptions, and teeming with interesting glimpses into the lives of those in the early 20th century, these two memoirs show us that Mrs. Cleary wasn't just a children's book writer. She was a writer.

Jean Marsh, Maggie Smith & Judi Dench were all 79 when I made this list.