There's A Trope For That - Week Of September 30th

"Alice wants Bob for something, whether because she wants to talk to him face-to-face, kill him, or she's just leaving and is looking back over her shoulder. Suddenly a bus or large truck comes out of nowhere between the two, and in the split second it takes to pass, Bob has mysteriously disappeared.

If Bob really wants to show off he'll do this with a single person walking past, rather than a vehicle.

I would like to go on record as saying I do not like this trope. The idea of someone being there one moment, and then not being there after a bus or other vehicle has sped by, is just plain silly. Where did the person go? Did they jump down a manhole? Did they leap aboard the bus in a display of superhuman... uh, leaping? Did they disapparate? Did they quickly put on an outfit that blends them in with the local scenery? WHAT?

Okay, every so often -- like in a movie about people who are magical or who have powers -- it's okay to have a "vehicle vanish." But any other time...  it's like No! That could NOT happen! STOP BEING DUMB, MOVIE!

Plus, the trope is overused. And you know how much I hate overused tropes.

("But Molly! A trope, by definition, is overused. Otherwise it wouldn't be a trope!") 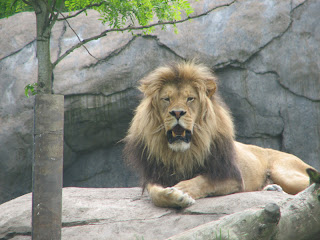